Are we just bystanders to our policymakers? 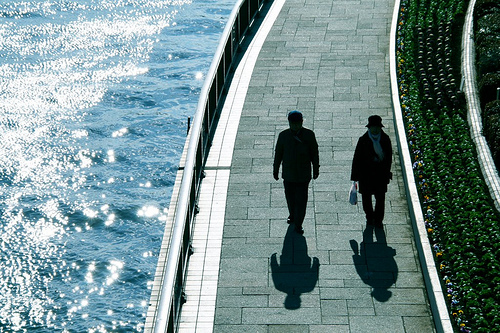 âBullyingâ by the Fed, ECB, Bank of England and Bank of Japan has been in place for up to six years, forcing not-so-mighty central banks, savers and investors to deal with the consequences. Understanding the dynamics may help investors to navigate whatâs ahead.

First, letâs get one thing straight: it matters little what you, we or anyone in the blogosphere thinks policy makers should do. We are bystanders that have to deal with the consequences of their actions. The cheapest action undertaken by policy makers is to coerce the markets with verbiage. Their words matter, as they control the printing presses. Having said this, if the words are not followed by action, at some point, the markets may call their bluff.

Not all policy makers are created equal. Some grab the headlines simply because their leaders have access to a microphone, such as Christine Lagarde of the IMF. But the IMF only sets policies for countries that are receiving funds from the IMF aid program. For all practical matters, we would like to encourage anyone to tune out when Madame Lagarde tells the Fed or the ECB what to do. Similarly, the OECD just doled out some advice for the ECB, but â frankly â their input is rather irrelevant. Just as irrelevant as yours or mine would be.

Letâs move a step up from the supra-national organizations to small countries. Now we are firmly in bullying victim territory. When large central banks unleash their printing presses, what are smaller countries to do? We have all been told never to blame the victim, but countries have a choice:

And then there are the big boys â and girls, the bullies. When the Fed sneezes, the rest of the world catches a cold. When the ECB or BOJ act, it sends ripple effects around the world. We are told extra-ordinary measures are temporary. Is seven years (since 2008) temporary? Pensioners have been deprived of income. Easy money has pushed up global real estate prices. Buying a home has become unaffordable to ever more people, even as rates hover at or near historic lows.

One could argue that we, as investors, are also âvictims.â But just as any country has a choice on how to react to the bullying of central banks, so does any investor. We canât print our own money, but we can choose where to place our money. Browsing through stories in recent weeks, one can read that the verdict is out: the bullies have been right. After all, stocks have gone up – a bull market creates many smart people.

Things must be great, what could possibly go wrong? Well, Bloomberg reported on Monday that 47 percent of stocks in the Nasdaq Composite Index are down at least 20% from their peak in the last 12 months. No, not all is well. We have argued for a while that the biggest threat we may be facing is that the policies we have in place are actually working, namely that we are getting economic growth. Thatâs because throughout the world, we have mostly kicked the proverbial can down the road. Should we get economic growth, the cost of borrowing is likely to move higher, making it ever more apparent that we cannot sustain our deficits. Not in the U.S; not in Japan; and not in the Eurozone. But fear not, the bullies of the world may keep rates low. Itâs just that something has to give â we think it will be the currency, with the dollar and yen particularly vulnerable.

Investors ask: How to navigate these waters

When the Fed sneezes, the rest of the world catches a cold

In our assessment, odds are high that the bullying will continue. That is, central banks wonât allow asset prices to be reflected by fundamentals, but âextraordinaryâ measures of some form will persist. For countries being bullied, this means they better be in it for the long haul.

For investors, they have to figure out how to navigate these waters. Many have simply gone along for the ride. And why not, if things go wrong, we can simply ask for another bailout, right?

We believe in the old adage that the best short-term policy may be a good long-term policy. Thatâs true if for no other reason that businesses are more likely to invest if they know what policies will be in place in the future. As such, we encourage anyone to look at which countries have sustainable policies. Having said that, any such assessment has to be put in the context of valuation because the best values are sometimes found with countries that are about to turn the corner, meaning the market may re-price better times ahead.

Putting money with a country pursuing âgoodâ policy rather than one pursuing âbadâ policy may sound well, but will an investor benefit? And if so, what does it mean to put money into a country? Does one buy the currency, stocks, or bonds?

The call for currency debasement is usually associated with the fear that a strong currency suffocates a domestic economy. As such, at first blush, equity markets in such a country might be at risk. But small countries can have rather odd mixes of domestic versus international revenue for large players. Take New Zealand for example, whose fate is mostly dependent on soft commodities (notably milk powder exports to China); or Switzerland that houses headquarters of various multinational companies, although much of the revenue is from abroad. Many of these countries also have sophisticated currency-hedging operations in place. Importantly, we believe the countries that embrace their strong currencies and adjust accordingly will be better equipped as the bullying of large central banks may continue.

On Tuesday, September 16, 2014, please join me for a âfireside chat.â We will make most of the hour available for you to ask questions. Please register to participate. We no longer record our webinars (the regulatory overhead is too much hassle), so join live to get answers to the questions you always wanted to ask.