From Cell Phone To Cell Block

The perils of social media posting around the world 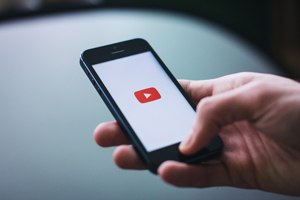 Mr. Scansani is operations manager for Eurasia at Riskline, a leading travel risk intelligence company in operation since 2007 and based in Denmark.

Social media has revolutionized the way we communicate with each other and transmit information to the world-at-large. However, with this increased visibility, travelers should be mindful of the risks involved in using social media, especially in a world where Instagram, Facebook, and Twitter spread information instantly and are, in some case, even monitored by government authorities.

A social media slip up can have serious repercussions. Consider this: a post on Facebook criticizing the Sultan of Brunei, for example, can land you in serious trouble with authorities there. Indeed, posts or tweets deemed to be anti-government in nature can potentially land you in jail in dozens of countries, from Turkey to Thailand.

Even just sharing or liking posts of a particular political or religious nature could provoke unwanted attention from local authorities in specific countries. In Thailand, for example, there have been several cases of foreign nationals being jailed for posting or sharing comments critical of the king on social media – a strict offense under the country’s tough lÃ¨se-majestÃ© laws. Another example – in November 2017, a British national was arrested in India for spreading social media content deemed offensive to the Indian government over its alleged role in the 1984 anti-Sikh riots.

Hereâs the golden rule: if in doubt â donât create or share any content. We advise businesses to avoid sharing, posting or liking any content that can be deemed political or religious in nature, especially when in a country where spreading such content is considered an offense.

Even just sharing or liking posts of a particular political or religious nature could provoke unwanted attention from local authorities in specific countries...

In addition to that, the monitoring of social media activity by government authorities also raises concerns about privacy and personal data security. While it is an accepted fact that law enforcement in most countries around the world do monitor social media to a certain degree to scan for legitimate security threats, some countries like Russia and China have pervasive ICT surveillance measures in place which could lead to data breaches.

In November 2018, it came to light that Russian-based IP addresses had been pulling vast amounts of personal data from Facebook and other social media platforms since 2014. In this instance, bringing in a blank device might make sense for the purposes of business-critical travel to such countries.

Keeping all this in mind, it is vital for travelers to be well-informed of potential technology and communication risks in the country they are visiting and to be mindful of their social media activity. To assist todayâs travelers to better navigate this risk landscape, Riskline has developed comprehensive reports on Technology & Communication Risks (TCRs) for 225 countries which details any restrictions to internet access and social media in a particular country, and whether you can end up in trouble if you flout these rules.

For travelers unaware of cultural customs and local laws, the path from cell phone to cell block is a short one. By being prepared and well-informed, travelers can instead take the necessary precautions to mitigate risks, avoid the hassle of being questioned by local authorities and even ending up behind bars.