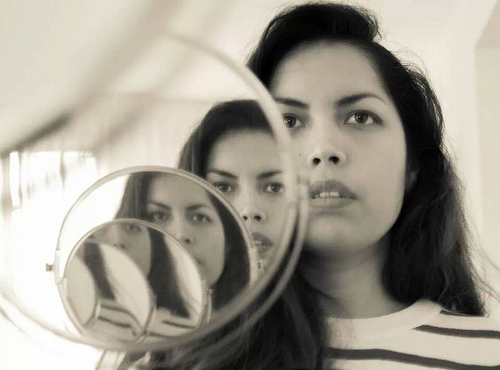 This August we celebrate two remarkable milestones: the 100th anniversary of womenâs right to vote and the 85th birthday of Social Security. It is almost unimaginable what financial services would look like today had women not won the right to vote or if they had been left out of Social Security protections. The sheer scale and scope of the changes ushered in by the 19th Amendment and Social Security for women are nothing short of unprecedented.

âWe are a nation of laws, not of menâ¦â

As the colonies formed a nation and laid out infrastructure for governance, John Adams noted they were building a nation of laws. Laws provided protections for the citizenry, but should be allowed some flexibility for change. There has been no shortage of ideas for change since the early days of our fledging nation. And no shortage of new laws on the books.

In fact, nearly 12,000 changes to the US Constitution have been proposed in the last 230 years. Only 33 became amendments, and of those, 27 were ratified, formally changing the laws of our Republic. The first 10 Amendments were proposed in 1789, ratified in 1791, and are known as our Bill of Rights.

That means, since 1791, just 17 amendments have been added to the US Constitution. Arguably, the 19th Amendmentâthe right for all US women to voteâis one of the two most significant amendments. The other is the abolishment of slavery.

100 Years of Women at the Ballot Box

Today, we celebrate the 100th anniversary of the ratification of the 19th Amendment. On August 18, 1920, after 72 years of a sustained, strategic, and sometimes shocking battle, women suffrage was won. When the polls open on November 3rd this year, it will be for the 59th presidential election. But women will cast a ballot for President for only the 26th time.

There is a long and arduous history behind women winning their right to vote. Probably the most disappointing setback occurred just after the Civil War. Changes to voter eligibility focused on Black free men and former slaves, and other disenfranchised citizens. The 15th Amendment was proposed, passed, and ratified âprohibiting the denial of the right to vote based on race, color, or previous condition of servitude.â

Women had high hopes that the terms of the 15th Amendment would prohibit the denial of the right to vote based on gender as well as race and color. But the final drafts included no accommodation for women to vote. In reality, women were still 50 years away from their right to vote.

But at long last, in the 1920 Presidential election, women cast their first ballots. They arrived at the polls in long dresses and corsets, big hats, and high heels. And, they voted for the men who were promoting and supporting policies and platforms that were important to themânot simply on âwomenâs issues.â In this first election, 36% of eligible women turned out to vote versus 68% of men, putting into motion voting rights for all women who follow.

The importance of the 19th Amendment isnât just that women could finally vote. Rather, it must be recognized for its importance in the growth of our democracy, and the ability to participate in our democracy, for fully one-half of the population.

The power of the vote is tremendous. If you canât vote, you are powerless to influence change. And many women after the Civil War were demanding change. They wanted the chance to do more and become more than wives and bearers of children. They wanted independence and gender equality at the state level, in the church, their families and in the workplace.

State-by-state, they started gaining ground: literally, the ability to own or inherit property in their name (but not control it). A married woman could have property ownership, but only if her husband became incapacitated.

If a woman invented something, she could receive a patent. However, she couldnât open a business to produce the idea or keep profits from any success. Few job opportunities were available to women, and married women were not entitled to keep their wages if they did find paid work. By the mid-1800âs some states were changing laws to allow women limited trade licenses and control over their earnings.

Women wanted legal standing. It was no longer acceptable to her that once married, she became her husbandâs property. She had no ability to sign a contract. She could not serve on a jury. If she was curious and smart, there was no opportunity for her to attend a public university.

In short, a woman had no avenue to independence in society or at the bank. Only independent citizens were allowed to vote. Collectively, women understood that in order to influence real, sustainable change on their behalf, they had to be able to vote. They understood that their futures were limited by the laws of the land. Power lay in the hands of lawmakers, and politicians only changed course when forced to by the vote.

since 1791, just 17 amendments have been added to the US Constitution. Arguably, the 19th Amendmentâthe right for all US women to voteâis one of the two most significant amendments. The other is the abolishment of slavery...

On August 14, 2020, the Social Security Act turns 85 years old. It was enacted in 1935 for workers to receive a modest amount of income in retirement. Men were workers; their wives generally not. Single women who worked typically held low-earning, service jobs. In effect, Social Security was for men. But only if they lived. Their wives and widows were therefore left with no retirement safety net.

Looking at the situation of the times, women were unable to work outside the home, were deemed their husbandâs property, and if he died first, she was left with few to no options. And subsequently, a retirement in poverty.

Thanks largely to the efforts of Frances Perkins, changes to address womenâs retirement security came to the floor. She was the first woman to hold a Cabinet position. Franklin Roosevelt named Perkins Secretary of Labor in 1933. In that role, she could operate as an âinsiderâ and advocate for laws that helped womenâs progress. With her access and influence, the Congress did acknowledge and recognize that at-home wives and widows were missing important protections that Social Security was meant to provide. In 1939, the first Social Security Amendments were implemented, now including protections for wives, widows, and children.

Between the 19th Amendment and the Social Security Act, women were gaining independence. In addition, they were allowed access to property, admission into universities, and entry into the workforce. All of these steps were laying the foundation for women to have some control and input into their finances and their financial freedom. These two laws helped usher in the financial world as we know it today.

Financial Progress for Women is Still a Work-in-Progress

The hard-fought, seven-decade war for the vote was not only women fighting against powerful men. It was also women against women. A shocking number of women neither wanted the right to vote nor believed women were equipped to make decisions to vote. These influences carried forward in families, often for generations.

Today, financial advisors encounter a wide range of philosophies and beliefs among clients. Her interest and knowledge about money will be influenced by her experiences, her set of beliefs, and the influences from her upbringing. When dealing with married couples, financial advisors have two, often opposing, sets of beliefs to navigate.

Itâs important to remember that âwomenâ is not a singular category. Each woman thinks differently about money, her role in her householdâs financial decision-making, and how much say she has.

Married women are often an enigma to financial advisors. They should be involved with their money, but some are not. Some donât want to be; others are comfortable leaving financial decisions to their husbands. In many married households couples have built a life with âtraditionalâ roles and it works well for them.

Itâs not an advisorâs role to judge her decisions. It is, however, important in our increasingly complex financial world, to help her understand the implications of financial decisions for her retirement and her old age years.

The gears of progress rotate slowly and sometimes they need a little oil to keep moving. One way financial advisors can make forward progress with female clients is to talk about these two important anniversaries. You may be able to uncover and address some beliefs and opinions that can lead to new opportunities for financial solutions.

Use the centennial anniversary of the vote and Social Securityâs 85th birthday as new conversation starters:

Despite all of the upheaval we are experiencing this year due to COVID-19, job-loss, and wild market volatility, there are things to celebrate. People are looking for hope, clear direction, and some confidence. Both the 100th anniversary of the 19th Amendment and the 85th birthday of Social Security can give advisors an excellent platform to help their women clients get refocused on the importance of their involvement in their financial goals. Use this August to celebrate the advancement of each and every woman client and help them along their financial journey.