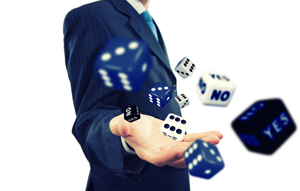 SPRINGFIELD, Mass., March 26, 2018 â Retirees and pre-retirees overwhelmingly express concerns about protecting retirement savings from stock market losses yet many say their primary investment goal is to grow rather than to preserve assets, according to a new study from Massachusetts Mutual Life Insurance Co. (MassMutual).

âBoth retirees and pre-retirees say they worry that a major downturn in the stock market and poor investment decisions could derail their retirement. Yet many are focused on aggressive investment strategies,â said Tina Wilson, Head of Investment Solutions Innovation. âIt may be helpful for retirement savers to reevaluate their investment portfolios to avoid losses from a significant market downturn as they approach retirement and then spend their first years in retirement. Working with a financial advisor, attending educational sessions available at the workplace, and accessing web-based financial planning tools may be helpful.â

The MassMutual Retirement Savings Risk Study1 found that 94 percent of pre-retirees and 92 percent of retirees âstrongly agreeâ or âsomewhat agreeâ that it is important to take steps to avoid major stock market losses right before retirement. One in two pre-retirees (49 percent) and one in three retirees (32 percent) are apprehensive about taking too much investment risk, the study finds.

Meanwhile, the study finds that many retirees and pre-retirees are more focused on growing rather than preserving their assets:

Few retirees wish they had been more conservative just before retirement, Wilson noted, a sentiment that may have been colored by one of the longest bull markets on record. Fifty-eight percent of retirees say they would employ the same investment strategy just before retirement and 35 percent say they would have invested either âmuch moreâ or âsomewhat moreâ aggressively if they could alter past decisions, the study finds.

many retirees may be vulnerable to sudden market corrections and volatility, which can adversely impact savings

âItâs clear from our research that many retirees may be vulnerable to sudden market corrections and volatility, which can adversely impact savings,â Wilson said. âBecause many retirees rely on their investments for income and have more limited time horizons to recoup investment losses, a significant market downturn could significantly reduce their income.â

More widespread adoption of managed investment strategies such as target date funds (TDFs) or customized investments where a professional money manager automatically shifts assets to more conservative investments as an investor nears or lives in retirement may be helpful for some people, according to Wilson. However, TDFs were introduced in the early 1990s, long after many study respondents started saving for retirement, which may be one reason why the adoption of those strategies among these retirees and pre-retirees appears to be relatively low among study respondents.

âRisk is a critical consideration for every investor no matter how far or how close he or she is to retirement,â Wilson said. âTDFs and customized investments may be a good solution for many people to better manage their investment risks, whether they need to take more or less risk, are still working or retired, or simply feel more comfortable with a professional money manager guiding their investment allocations.â

The internet-based study was conducted on behalf of MassMutual by Greenwald & Associates and polled 801 retirees who have been retired for no more than 15 years and 804 pre-retirees within 15 years of retirement. Pre-retirees were required to have household incomes of at least $40,000 and retired respondents had at least $100,000 in investable assets and participated in making household financial decisions. The research was conducted January 2018. 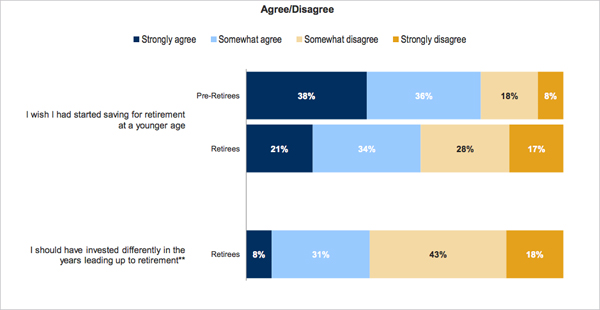