Catching Lightning in a Bottle 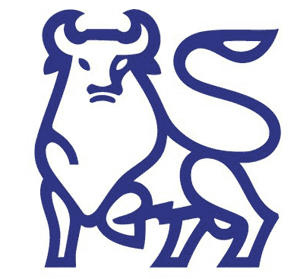 In 1939, two innovative young men came up with a radical idea that would change the face of investing. Targeting the middle-class American, Charlie Merrill and Win Smith overcame a pervasive distrust of Wall Street following the Depression, developing new methods of doing business guided by a set of core principles. No longer baffled by the mysteries of stocks and bonds, a new kind of client emerged and became convinced that Wall Street had the best interests of Main Street in mind.

Merrill Lynch would become the worldâs largest brokerage firm because of the principles instituted by its founders, Charles E. Merrill and Winthrop H. Smith. Now Win’s son, Winthrop H. Smith Jr., who himself enjoyed a twenty-eight-year career at the firm, has written the first history of this great company–Catching Lightning in a Bottle: How Merrill Lynch Revolutionized the Financial World, released by Wiley Publishing in September 2014.

In this compelling book, Smith traces the impact of the company from the day Charlie Merrill first opened his one-man shop in 1914 to the final shareholder meeting prior to its acquisition in 2008. While accurately chronicling pivotal moments in the history of the firm, Win Smith also weaves in remarkable personal observations and experiences, providing insight into the fascinating characters, unique talents, and personal struggles of many of Merrill’s leaders over the years.

âBy bringing Wall Street to Main Street in the 1940s and 1950s, Merrill Lynch democratized the capital markets and allowed middle class Americans to become investors,â says Smith. âThe credibility that Merrill Lynch brought to investing by the average American at that time is desperately needed today.â
Win Smith Jr. joined Merrill Lynch in 1974 and would become the youngest Executive Vice President in the companyâs history. He resigned on principle in 2001 because he could not endorse the new direction the firm was to take under incoming CEO, E. Stanley OâNeal.

Central to the historic success of Merrill Lynch had been the core set of principles developed by its founders, the first of which was that “the interests of our customers MUST come first.” These principles became the North Star for future leaders of Merrill Lynch. The culture which developed became known as Mother Merrill and allowed the company to grow, evolve, and succeed for the next six decades. But OâNealâs openly-stated disdain for The Principles and the culture led the firm in a different direction and an over-leveraged Merrill Lynch was eventually bought by Bank of America to save it from collapse.
Smith describes it this way: “This is a story of the real Mother Merrill. It tells why so many of the firm’s employees still feel that working there was like catching lightning in a bottle. We caught the essence of something powerful and elusive and were able to share it with each other and with our clients throughout the world.”

In Catching Lightning in a Bottle, Win Smith shares insights such as:

By bringing Wall Street to Main Street in the 1940s and 1950s, Merrill Lynch democratized the capital markets and allowed middle class Americans to become investors

âArthur Levitt, former Chair of the SEC under President Clinton, once said that Merrill Lynch is the only firm on Wall Street with a soul,” says Smith. “Before OâNeal, I whole-heartedly agreed with that assessment, and I only left the company after I was convinced it was losing its soul. This book is all about a company with a unique culture that allowed it to thriveâand how the betrayal of that culture led directly to its downfall.â

During Winthrop H. Smith’s final decade with the firm, he was EVP of Merrill Lynch & Co., member of the Executive Management Committee, and Chairman of Merrill Lynch International. In the latter capacity, he led one of ML’s four business units with 9,000 employees, over $2 billion in revenues, and client assets of $180 billion, developing senior client relationships in over eighty countries. He is one of few people who has known every CEO at Merrill Lynch.

Currently, Smith is majority owner and President of Sugarbush Resort in Vermont and director of four financial firms in the U.S. and Canada.