It's In My Head

The Catchiest Advertising Jingles Of All Time

What Wheaties created in 1926 endures to this dayâ¦

A recent survey by Quality Logo Products taps into the incredible impact that advertising has on our culture, and in particular those âstick jinglesâ that we all remember so well. Read the complete survey here. 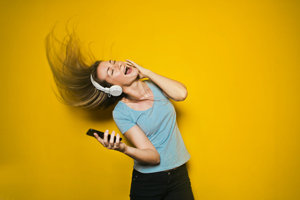 Love them or hate them, thereâs no denying that advertising jingles have been part of American culture for a very long time â nearly 100 years. By most reports, the first jingle broadcast on the radio debuted on Christmas Day 1926 to praise the virtues of Wheaties cereal. Intervening decades brought a rise and fall in the production and popularity of jingles. At their peak, these artfully produced ditties shaped the minds and spending habits of generations of Americans.

Of course, not all jingles are created equal. Some, once burned into our consciousness, will never leave us. Others donât make such a strong impression. And changing media habits have made ads easier to avoid. The Atlantic went so far as to declare jingles dead

To explore the staying power of jingles today, we got 735 U.S. residents to share their impressions of 67 advertising melodies â¦ then had to go on a weeklong silence retreat. Once we returned with our hearing and sanity intact, this is what we found:

The catchy ones are stuck in my head forever...

We tested our respondentsâ familiarity with jingles in a variety of ways â remembering the tune, remembering the lyrics, naming the brand based on the jingle, and filling in the blanks. Read on to see what else we learned, as well as some best practices for advertisers planning their next jingle-based campaign.

As a 28-year-old female survey taker from Texas put it: âThe catchy ones are stuck in my head forever. I will never need to call J.G. Wentworth, but I will always remember their phone number because of their jingle.â

Using a weighted average for responses in the âDefinitely remember, âMaybe remember,â and âDoesnât ring a bellâ columns, we analyzed how recognizable each jingle was to our survey respondents. Here we show the results for the Top 20 Catchiest Jingles, but you can find rankings for the entire list at the end of this article.

The winner with the most recognizable jingle is Nationwide. Since its sloganâs birth in 1964, the insurance firm has run ads for decades with the same soothing, seven-note jingle, giving it more than 50 years to seep into the consciousness of three generations of Americans. With longevity like that, itâs no wonder almost 93% of people know immediately whoâs on their side. Nationwide has one of the best advertising slogans of all time

Sharing the top of the list is fast food giant McDonaldâs, whose advertising history began when Ronald McDonald first frightened children on TV in 1963. Among its three campaigns that placed among the top 50 most recognizable jingles, McDonaldâs introduced the most recent in 2003, which means that Americans have been âBa-da-ba-ba-baaa â¦ loving itâ for 18 years.

Thereâs a lot to be said for staying power: The top 10 most recognizable jingles are all attached to brands more than 50 years old, and five of those jingles themselves reach back to the 1960s. The Campbellâs Soup âmm-mm goodâ jingle debuted in 1935. If youâre hoping for lots of people to know your jingle, it helps to stick around for a lifetime.

Find the rankings of all the product-jingles from the survey, and much more here.