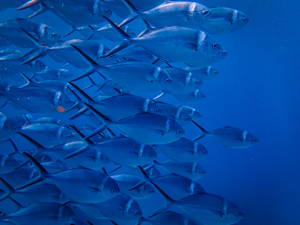 Dr. Chinsky is the Founder of the Institute for Leadership Fitness, a celebrated speaker, and author of The Fit Leaderâs Companion: A Down-to-Earth Guide for Sustainable Leadership Success. After spending nearly 20 years in executive leadership positions at the Ford Motor Company, Nestle and Thomson Reuters, he now focuses on preparing leaders to achieve their highest level of professional effectiveness and leadership fitness. For more information on Dr. David Chinsky, please visit: www.FitLeadersAcademy.com.

Even when leaders are clear about where they want to take their teams, pushback from colleagues, combined with self-doubts, can cause them to become paralyzed at the point of action. Clarity without confidence is an ineffective formula for success. All leaders are subject to resisters and criticsâsome external and some internal. Letâs look at some examples of external pushback that some of the worldâs biggest innovators needed to overcome to achieve their dreams.

When Akio Morita, then chairman of Sony, proposed manufacturing a tape player that didnât record, he was met with a tremendous amount of resistance. His critics questioned why someone would purchase a recorder that didnât record. Sony was known for tape recorders that recorded and played.

Despite the heavy criticism, Morita pushed ahead, resulting in the Sony Walkman, a product that met with universal acclaim and ended up being a precursor to the iPod and other mp3 players that came later. Had it not been for Moritaâs persistence in the face of opposition, who knows if we would have seen the iPod as early as we did.

Another example of a leader with a vision was Fred Smith, founder of FedEx. When Smith was selling his idea of delivering packages âabsolutely, positively overnightâ, critics were quick to point out that major airlines would already be doing this if there was a market for this service. We all know the phenomenal success of FedEx, and its several competitors that emerged later, and this success is due largely to the willingness of Smith to go against the mainstream thinking of the time that this was not likely to be a profitable venture.

Leaders, at times, need to take leaps of faith, particularly when they have thought through their ideas and believe passionately in what they are pursuing. There will always be naysayers, and when we vest too much authority in their claims, we risk missing out on the tangible benefits that result when decisive actions are pursued despite the strong pushback that pioneers often confront.

While external pushback can be powerful, it is often your own self-doubt that prevents you from moving forward. You may have noticed that the bolder your vision is, and the bigger your plans are, the louder these inner critics often become. In reality, the presence of these saboteurs often serves as confirmation that you are not playing small.

Some of the common âinner voices” we hear, if we are honest with ourselves, include:

These self-doubts are normal and come with the territory of leading others into the future. Instead of focusing on eliminating these doubts, a better approach is to simply manage them. Here are four strategies that you will find helpful in managing self-doubt:

Keep Your Doubts In Check

Keeping our doubts in check will naturally contribute to greater confidence. A way to reinforce that confidence is to construct a Confidence Net comprising a repertoire of positive habits that buffer you from the onslaught of both external and internal pushbacks. These habits, when performed consistently, feed our confidence, and provide us with the ability to remain focused on our plans, despite the noise all around us.

self-doubts are normal and come with the territory of leading others into the future...

When asked what personal habits contribute to greater confidence, many leaders point to regular exercise, daily prayer or meditation, positive affirmations and even a power outfit.

Like safety nets, designed as insurance to help people through lifeâs shocks and stresses, such as those created by illness, unemployment or job displacement, a Confidence Net is your very own personal structure to mitigate the effect, and lower the volume, of your inner voices or self-doubts.