Can Social Security and 401(k) Savings Be âEnoughâ? 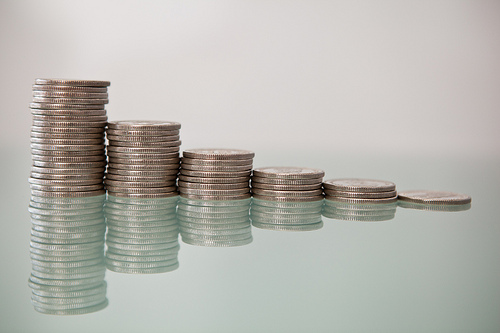 WASHINGTONâCurrent levels of Social Security benefits, coupled with at least 30 years of 401(k) savings eligibility, could provide most workers with an annual income of at least 60 percent of their preretirement pay on an inflation-adjusted basis, according to a new analysis by the nonpartisan Employee Benefit Research Institute (EBRI).

Specifically, assuming current Social Security benefits are not reduced, EBRI found that between 83 and 86 percent of workers with more than 30 years of eligibility in a voluntary enrollment 401(k) plan are simulated to have sufficient 401(k) accumulations that, combined with Social Security retirement benefits, will be able to replace at least 60 percent of their age-64 wages and salary on an inflation-adjusted basis.

Additionally, the new analysis by EBRIâs proprietary retirement adequacy computer modeling found that when the same analysis is conducted for automatic enrollment 401(k) plans (with an annual 1 percent automatic escalation provision and empirically derived opt-outs), the probability of success increases substantially: 88â94 percent at a 60 percent threshold; 81â90 percent at a 70-percent replacement threshold; and 73â85 percent at an 80 percent threshold. Auto-enrollment (automatically enrolling new workers in their employerâs 401(k) plan with the option of opting out, rather than making enrollment voluntary) was a key feature of the Pension Protection Act of 2006, and the procedure has grown significantly since then.

However, Jack VanDerhei, EBRI research director and author of the analysis, notes that Social Security benefits are an integral component of retirement income security, particularly for lower income workers.

âIf, for example, we assume that a proportional 24-percent reduction would be applied to Social Security retirement benefits for all simulated workers, the percentage of the lowest-income quartile under voluntary enrollment 401(k) plans with an 80 percent replacement threshold drops 17 percentage points, from 67 percent to 50 percent, while the highest-income quartileâwhich receives less proportionate benefits from Social Securityâdrops by only 9 percentage points, from 59 percent to 50 percent.â

EBRI first calculated the accumulated retirement-adequacy deficits by age, family status, and gender for Baby Boomers and Gen Xers in 2010. At that time, the aggregate deficit number, assuming current Social Security retirement benefits, was estimated to be $4.6 trillion, with an individual average of approximately $48,000.

If Social Security benefits were to be eliminated, the aggregate deficit would jump to $8.5 trillion and the average would increase to approximately $89,000. Those numbers are present values at retirement age, and represent the additional amount each member in that group would need at age 65 to eliminate his or her expected deficits in retirement (which could be a relatively short period or could last decades).

The study also noted that the presence of a defined benefit accrual at age 65 increases the probability of not running short of money in retirement by 11.6 percentage points, and is particularly valuable for the lowest-income quartile but also has a strong impact on the middle class.

The full report, âThe Role of Social Security, Defined Benefits, and Private Retirement Accounts in the Face of the Retirement Crisis,â is published in the January EBRI Notes, online at www.ebri.org