Can Life Insurance Claims Be Denied for Drug Overdose?

Language is key: Insurers often have differing definitions of ‘accidental’ 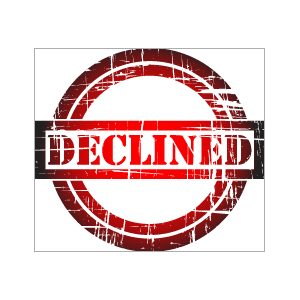 Ms. Baxter is a freelance writer and legal assistant operating out of the greater Philadelphia area. She works frequently with Chad Boonswang, Esq., a Philadelphia life insurance attorney. Visit here.

The short answer is, it depends on whether an exclusion applies, whether the overdose falls within the definition of âaccidentalâ death in the policy and under state law, and, believe it or not, what type of drugs are involved.

Drug Overdose and Life Insurance Exclusions
There are certain types of death that are excluded from coverage under a life insurance policy. Exclusions differ among insurers and between policies.

When the overdose is from a drug that was prescribed to the insured, this is a grey area that can be resolved under the National Institute on Drug Abuse standards...

The policy does not cover any loss resulting from: â¦. Injury sustained as a result of being legally intoxicated from the use of alcohol.

The definition of âaccidental deathâ also varies between life insurance companies. Additionally, each states1 defines âaccidentâ in its own way.

For the National Institute on Drug Abuse,2 the coroner should record an unintentional drug death when:

If none of these circumstances are present, the drug overdose is recorded as a suicide. Suicides cause other problems for beneficiaries seeking to be paid on their claims; see our blog post on how suicides are handled by life insurance companies.

When the overdose is from a drug that was prescribed to the insured, this is a grey area that can be resolved under the National Institute on Drug Abuse standards previously set forth, and also by looking at state law.

As you can see, insurers are loath to pay claims where the death was the result of drug or alcohol abuse. However, if the insured overdosed on a drug that was prescribed to him or her, his or her life insurance could still pay out. Also, if the insured abused drugs or alcohol but did not die of that abuse but something else, the drugs were incidental to the death, and the policy could still pay out. â

Endnotes
1. âThe company is not liable for any loss resulting from the insured being drunk or under the influence of any narcotic unless taken on the advice of a physician.â S.C. Code Ann. Â§ 38-71-370(9).
2. https://www.drugabuse.gov/related-topics/treatment/intentional-vs-unintentional-overdose-deaths