The Ways We Pay

Can Cash be Crushed?

Many adults still rely on paper money, though mobile banking is catching on 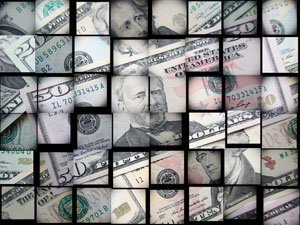 SAN FRANCISCO and COPENHAGEN, Denmark, July 7, 2017 /PRNewswire/ — According to KPMG’s 2016 global Pulse of Financial Technology (FinTech) Report (source), Venture Capital (VC) investment in the FinTech sector reached an all time high with a total of $13.6 billion across 840 financings in 2016.

While FinTech investment proved to be “hot” in 2016, has this massive investment translated into consumer adoption?

Today, at Money 20/20 Europe, early-stage venture capital firm Blumberg Capital released the results of its recent survey conducted online by Harris Poll in France, Germany, Israel, United Kingdom (U.K.), and the United States (U.S.), which found that FinTech appears to be gaining traction with Israel emerging as a leader in early-adoption.

Despite investment and adoption progress, cash still remains king for most of these countries such as Germany, where 75 percent of adults still use paper currency and coins to make purchases at least once a week.

Can cash ever be crushed? To see the full findings, please visit globalfintech.blumbergcapital.com.

e-Money not yet ubiquitous

The survey, which looked at how financial technology is used in different countries, found that while mobile wallets, peer-to-peer lending, online cross-border trade and mobile banking are making an impact across all countries surveyed, wide adoption of new payment technologies, such as ApplePayÂ®, PayPalTM and VenmoTM, have not yet penetrated all mainstream consumer groups, presenting a huge growth opportunity for the sector.

“This survey reveals a huge opportunity for FinTech companies to grow and scale as more consumers begin to recognize the benefits of FinTech and get comfortable moving beyond cash and checks,” said David Blumberg, founder and managing partner of Blumberg Capital. “The findings suggest specific populations are enthusiastically adopting FinTech products and services while others continue to maintain more traditional methods of transacting.

At Blumberg Capital, we believe that adoption of new FinTech products and services level the playing field across demographic segments and will only accelerate as bigger banks and financial institutions partner with the early-stage FinTech companies to introduce new types of products and services to consumers. We’ve made investments into many of the emerging companies at the center of the FinTech revolution and look forward to continuing to nurture the industry as it continues to grow and evolve.”

The findings indicate Israel as a leader in early FinTech adoption as this country is more likely than other countries surveyed to use mobile banking apps and mobile wallets to make a purchase at least once per month. Additionally, nearly one in 10 Israeli adults say they have used alternative financing/lending services within the last 12 months. While many may believe cash to be an antiquated form of payment, the survey revealed paper money is still regularly in use.

What is Fraud Anyway?

As cybersecurity continues to dominate the headlines, there was a surprisingly low level of concern among most countries surveyed given the current risk landscape. In Blumberg Capital’s 2017 State of Cybersecurity Report, findings revealed a gross overconfidence in cybersecurity knowledge and safety despite $15 billion being stolen from 13.1 million American consumers in 2015 in the U.S. alone (source).

This disregard for fraud risk could indicate that consumers generally have confidence in the products and services they choose, suggesting that FinTech companies have the opportunity to educate new users on the security measures they have in place and why they are important.

The survey also looked at how often people make online cross border purchases at least once a month. Again, Israeli adults lead the charge in cross-border transactions which could reflect on the narrower range of product choice available locally in Israel compared to other countries or Israel’s acceptance and wider adoption of FinTech and international eCommerce. Additionally, people were polled regarding the costs related to cross-border transactions, which revealed a budding anticipation of increased costs for these types of purchases in the future, especially in the U.K. This belief in the U.K could be related to Brexit. Findings include: