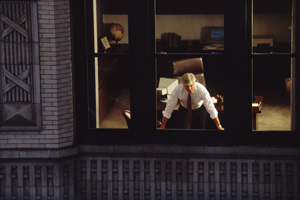 COLUMBUS, Ohio â Over 70 percent of business owners polled in a recent Nationwide survey noted that they are not planning to retire, donât know when theyâll retire or do not plan to retire for 11 years or more.

A majority (55 percent) of business owners who do not plan to retire report that they love their business too much to do so. Even more Boomers (68 percent) indicate this is a major reason for delaying retirement. The other reasons for postponing retirement include not feeling financially stable enough to retire (24 percent) and not trusting anyone else to run their business (17 percent).

Interestingly, the same survey noted that two in three business owners do not have a succession plan in place, with almost 40 percent of them lacking a clear understanding of their need for one. Counterintuitively, twice as many Boomers as Millennials have not established a business succession plan (74 percent vs 37 percent).

âMany business leaders correlate succession planning with retirement planning,â Kirt Walker, president and COO of Nationwide Financial explained. âIf a business owner has no immediate plans to retire, then he or she may not feel a sense of urgency around valuing the business and outlining a plan for successors. Strategically, however, this is a tremendous oversight in protecting the business and partners from an unexpected event impacting key leaders.â

Should a business owner face a serious illness or untimely death, having a business succession plan defined would facilitate a smooth and controlled transition, create certainty about the price, terms and financing of the business and provide a sense of security for surviving family members.

Many business owners are also unaware that most states will use their authority to determine who receives a personâs property if a plan is not in place. Sixty percent of the business owners surveyed were unaware or unsure that, without a defined plan, the state could determine their businessâ future.

If a business owner has no immediate plans to retire, then he or she may not feel a sense of urgency around valuing the business and outlining a plan for successors

Business owners without a plan can simplify the planning process by breaking it into five manageable steps working with their financial advisor:

Step 2:
Contact your advisor to determine the fair market value of the company through resources like Nationwideâs Business Valuation Tool.

Step 3:
Consider viable options for the business and identify how the options would play out in a disability, retirement or death scenario.

Step 4:
Develop a plan and execute documents in partnership with an advisor, attorney and accountant.

âBusiness owners will have greater leverage and control in determining their legacy if theyâve been proactive in planning before an unforeseen event occurs,â Walker added. âIf youâre a business owner and donât yet have a succession plan in place, the time is now to begin this process.â

Methodology
Nationwide commissioned a 20-minute, online survey among a sample of 1,069 U.S. small business owners. Small business owners are defined as having between 1-299 employees, 18 years or older, and self-reported being a sole or partial owner of their business. The margin of error for this sample is +/-3 percent at the 95 percent confidence level. Conducted by Edelman Intelligence, a full-service consumer research firm, the survey was fielded between May 16-24, 2017. As a member of CASRO in good standing, Edelman Intelligence conducts all research in accordance with Market Research Standards and Guidelines.