Economic optimism up 47% from last quarter

New survey from AICPA reveals business executives prediction’s that the economy is poised to roar back with heightened revenue and profit growth expectations. 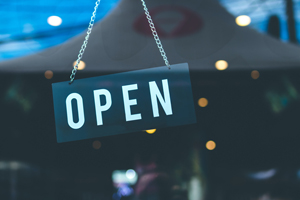 NEW YORK–(BUSINESS WIRE)–Business executives are predicting the economy will roar back in the coming year, with revenue and profit growth expectations not seen since 2018, according to the second-quarter AICPA Economic Outlook Survey. The survey polls chief executive officers, chief financial officers, controllers and other certified public accountants in U.S. companies who hold executive and senior management accounting roles.

Seventy percent of business executives expressed optimism about the U.S. economy over the next 12 months, up from 47 percent last quarter, as government relief funds, vaccine rollouts and relaxed workplace restrictions have improved business conditions. Itâs the first time a majority of executives have held a positive sentiment on the economy since the pandemic began in the first quarter last year, and itâs the highest level that measure has reached since the second quarter of 2018.

There are concerns, however. âAvailability of skilled personnelâ reemerged as the top-cited challenge for businesses as job recruitment turns up. And two-thirds of business executives now express concern about inflation, up from 44 percent last quarter,

Most of the outlook was overwhelmingly positive, however:

âWhat weâre seeing is a broad expectation that things will really open up in the second half of the year,â said Ash Noah, CPA, CGMA, VP and managing director of CGMA learning, education and development for the Association of International Certified Professional Accountants, representing the AICPA and CIMA. âMany issues remain, of course. Supply chains are still straining to meet demand in a number of sectors. The global response to the pandemic still contains many uncertainties, which impacts the United States. But we are clearly seeing growing confidence on the part of business executives that the worst is behind us.â

The AICPA survey is a forward-looking indicator that tracks hiring and business-related expectations for the next 12 months. In comparison, the U.S. Department of Laborâs May employment report, scheduled for release tomorrow, looks back on the previous monthâs hiring trends.

What weâre seeing is a broad expectation that things will really open up in the second half of the year...

The CPA Outlook Indexâa comprehensive gauge of executive sentiment within the AICPA surveyâ now stands at 78, up 10 points from last quarter and its highest level since the third quarter of 2018. The index is a composite of nine, equally weighted survey measures set on a scale of 0 to 100, with 50 considered neutral and higher numbers signifying positive sentiment. Every component of the index rose at least six points in the past quarter.

The second-quarter AICPA Business and Industry Economic Outlook Survey was conducted from April 27 to May 24, 2021, and included 770 qualified responses from CPAs who hold leadership positions, such as chief financial officer or controller, in their companies. The overall margin of error is less than 3 percentage points. A copy of the report can be found on aicpa.org.

About the Association of International Certified Professional Accountants, and AICPA & CIMA

The Association of International Certified Professional AccountantsÂ® (the Association), representing AICPA & CIMA, advances the global accounting and finance profession through its work on behalf of 696,000 AICPA and CIMA members, students and engaged professionals in 192 countries and territories. Together, we are the worldwide leader on public and management accounting issues through advocacy, support for the CPA license and specialized credentials, professional education and thought leadership. We build trust by empowering our members and engaged professionals with the knowledge and opportunities to be leaders in broadening prosperity for a more inclusive, sustainable and resilient future.

The American Institute of CPAsÂ® (AICPA), the worldâs largest member association representing the CPA profession, sets ethical standards for its members and U.S. auditing standards for private companies, not-for-profit organizations, and federal, state and local governments. It also develops and grades the Uniform CPA Examination and builds the pipeline of future talent for the public accounting profession.