Business and the Art of Story Telling 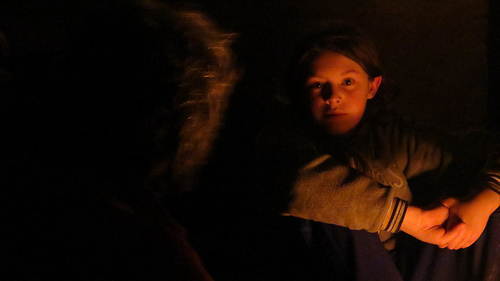 The Boldt Company builds mammoth construction projects: power plants, hospitals, educational and industrial complexes.Â  But before Boldt can build, it must win bids.Â  In the past, its bid team, working in the time-honored way, pit Boldtâs numbers against its competitorâs numbers.Â  Their win rate was one in ten.

Whatâs true for Boldt is true for every corporation in the world today.Â  Beyond sales and bids, business leaders must master the purpose-told story for all strategic tasks, not the least of which is branding.Â  Brand equals reputation.Â  As goes your reputation, so goes your fate.Â  If you donât control your story and tell it powerfully, others will tell it for you with less than flattering results.Â  Fair or unfair, stories shape corporate futures.

Leading with story is not a new tactic.Â  Study after study documents how well-told stories fuse bonds of interest and empathy between teller and listener that trigger money-making results.Â  Todayâs customer-centric firms use the heat of story to weld themselves to their clients.Â  Instead of wasting money on lavish marketing campaigns, media-savvy innovators lead with a story, make their clientâs experience a pleasure-filled story in itself, then let word-of-mouth do their marketing for them as satisfied customers take to social media to tell and retell their tale.Â  This is priceless marketingâ¦literally.Â  As a result, story-in-business is all the rageâ¦in the media.

But not in reality.Â  The vast majority of corporate leaders working in this super-competitive world do not tell story.Â  They strategize with numbers, not narrative.Â  Pinioned by excruciating demands on executive time and attention, few trust story, and almost no one uses it to make critical decisions.Â  Why?Â  Why is story strategy still more theory than practice?

On the other hand, undisciplined passion greases the track to bankruptcy.Â  For that reason, the money-conscious personality distrusts emotions for fear they warp decision-making.Â  The prudent executive might use an anecdote to open a meeting with a laugh, but calm must be restored before taking a vote. Inversely, detachment also distorts decision-making.Â  Avoidance of emotion equals avoidance of humanity, and is therefore ruinous to leadership.

When the business mind steps back to take an all-inclusive view, it realizes that to make sense of this chaotic world, it needs a balance of both factuality and narrative.Â  Data recites robotic recordings; only story speaks in a human voice.Â  Data is meaningless until interpreted in story form.Â  Stories radiate the deeply felt meanings that equip entrepreneurs to sell ideas, manufactures to sell product, providers to sell service.Â  Despite all the reasons listed above, the executive must overcome resistance to story and learn how to use it.Â  Because if you canât tell, you canât sell.