Bullish But Conflicted: Gauging The Temperature Of Alternatives

Canadian investors & advisors agree on stocks, at odds over Bitcoin

A new survey from Horizons ETFs Management shows that Canadian investors and advisors are overwhelmingly bullish across most market indices and asset classes. 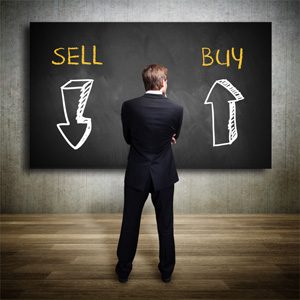 TORONTO, April 29, 2021 /CNW/ – Heading into the second quarter of 2021 and having now marked a full year since the beginning of the COVID-19 pandemic, Canadian investors and advisors are overwhelmingly bullish across most market indices and asset classes, according to the second-quarter 2021 Advisor and Investor Sentiment Surveys (“Q2 Surveys”) from Horizons ETFs Management (Canada) Inc. (“Horizons ETFs”).

Every quarter, Horizons ETFs surveys Canadian investors and investment advisors for their outlook on expected returns for distinct asset classes. These expectations are expressed in terms of bullish, bearish or neutral sentiment. The Q2 Surveys cover the period beginning April 1, 2021, and ending June 30, 2021.

Beginning with the Q2 Surveys, Horizons ETFs has initiated coverage of advisor and investor sentiment on two thematic areas: psychedelics, as represented by the North American Psychedelics Index, as well as the price of bitcoin.

In January 2021, Horizons ETFs launched the world’s first psychedelics ETF, the Horizons Psychedelic Stock Index ETF (“PSYK”). PSYK tracks the North American Psychedelics Index, which holds North American publicly listed life sciences companies having significant business activities in, or significant exposure to, the psychedelics industry. In its inaugural measurement, advisors and investors were split on the prospects of the emerging psychedelics industry. While investors were overwhelmingly bullish on the psychedelics space, with a commanding 53% bullishness, advisors were more cautious, with 41% of advisor respondents registering a neutral rating, compared to 39% of those which were bullish.

The other new addition to the Q2 Surveys: bitcoin, the world’s most popular cryptocurrency. In April 2021, Horizons ETFs launched the BetaPro Bitcoin ETF (“HBIT”) and the world’s first inverse bitcoin ETF, the BetaPro Inverse Bitcoin ETF (“BITI”). Advisors were overwhelmingly pessimistic with 45% bearishness. In contrast, investors were confident about the price of bitcoin’s forward momentum in Q2 2021, signaling a 52% bullishness overall.

For a second quarter in a row, marijuana companies, as represented by the North American Marijuana Index, were the best performing asset class of the original 14 measured, achieving a +39.59% performance gain in Q1 2021. Advisors, previously neutral on cannabis stocks according to the Q1 surveys, despite a +50.29% during Q4 2020, are now overwhelmingly positive on pot, with an 8 percentage increase in bullishness. Investors increased their conviction by 6 percentage points to a 66% bullishness overall.

“Psychedelics and bitcoin have been two of the most widely discussed areas of investing in 2021 and have captured significant attention, so we think it is important to add these to our quarterly survey,” said Mark Noble, Executive Vice President, ETF Strategy, at Horizons ETFs. “That being said, both are also likely to demonstrate another characteristic of newer sectors and asset classes: volatility, so it will be a worthwhile exercise to continue to capture advisor and investor attitudes on both going forward. It’s not all too surprising to see advisors a little more skeptical of these areas where valuations can seem very high and somewhat disconnected from the fundamentals. Whereas we have seen self-directed investors a lot more excited about these areas, investing very much on their transformational potential rather than their current drivers of growth.”

Canadian Equities and the Dollar

Energy stocks, as represented by the S&P/TSX Capped Energy™ Index, registered a +28.25% return in Q1 2021 â the second highest quarter-over-quarter return of the 14 originally measured asset classes. Previously nestled at neutral, advisor bullishness flagged 20 percentage points higher in response to the double-digit performance, moving towards an overwhelmingly bullish stance of 59%. Investors, however, were more muted, reducing their positive sentiment by 1 percentage point to 51% bullishness overall.

Financials, as represented by the S&P/TSX Capped Financials™ Index, posted a double-digit return of +12.74% in the first quarter of 2021. Advisors, previously cautiously optimistic on the sector, jumped 28 percentage points to 73% bullishness to tie the S&P/TSX 60™ Index for their most bullish metrics measured in the Q2 Surveys. Investors added 7 percentage points more from the Q1 survey to increase their total for 59% bullishness overall.

When it came to the Canadian dollar vs. the U.S. dollar, both investors and advisors were more temperate in their forecasts, in response to the +1.38% growth over Q1 2021. Advisor bullishness waned 2 percentage points to just 35% bullishness, eclipsed by the larger 39% neutral overall. Investors similarly saw a 3 percentage point drop in faith but remained bullish overall on the loonie.

Psychedelics and bitcoin have been two of the most widely discussed areas of investing in 2021 and have captured significant attention, so we think it is important to add these to our quarterly survey...

“Despite the COVID-19 pandemic still gripping the country, for both Canadian advisors and investors, it appears it is full steam ahead for domestic market momentum,” said Mr. Noble. “Strong Q1 2021 gains across the major Canadian indices and sectors â including in one of our major exports, crude oil, appear to be driven by optimism for a transition to a robust post-pandemic economy.”

In our Q2 Surveys, investor opinion on the two U.S. indices was mixed, with outlook souring on the tech-heavy NASDAQ-100, sliding 11 percentage points, while still remaining bullish at 48%. For the S&P 500, investors heightened their expectations for its performance in Q2 2021, adding 6 percentage points to an overall bullishness of 61%.

Advisors, already bullish on the U.S., bolstered their stance on the NASDAQ-100, adding 5 percentage points to secure 53% bullishness overall. On the S&P 500, strong bullishness held steady from last quarter at 69% â their third-highest bullish rating given in the Q2 Surveys.

International equities, as represented by the MSCI Emerging Markets Index, also saw a modest performance in Q1 2021 with a gain of +1.95%. In response to the deceleration in growth, investors eased their outlook on global markets by 1 percentage point, to still a commanding 58% bullishness overall. Advisors, undaunted, chose to double-down on its prospects, adding 8 percentage points to their confidence, for an overwhelming 65% bullishness overall.

“With the massive vaccination program underway which is also supported with massive stimulus package, there seems to be a solidifying view that the U.S. economic recovery will lead the world on a go-forward basis. Coupled with market gains to continue their momentum onto, after more than a year of stimulus bridging and programs,” said Mr. Noble.

On the back of massive vaccination programs being rolled out globally and lockdowns easing in many countries, signaling a potential return to normalcy, crude oil futures have surged, posting a +21.93% return in Q1 2021. Both advisors and investors responded accordingly: while investor sentiment tracked 6 percentage points higher to 53% bullishness overall, advisor optimism was invigorated, with a 17 percentage point jump to 52% bullishness.

After posting a +2.72% gain in Q1 2021, natural gas futures, now entering into a period of relative historical seasonal weakness, saw a 9 percentage point decline in bullish sentiment from investors, leaving their stance at 39% bullishness overall. Advisors instead shifted to an overall wait-and-see outlook, with 11 percentage points added for an overall neutral sentiment.

“While there is certainly an increased focus on green energy, a rapid global economic recovery will still nonetheless need be driven by key fossil fuels, such as crude oil. A combination of improving sentiment on the global economy and more tight supply seem to be driving a more bullish outlook for crude oil.” said Mr. Noble.

Compared to the ‘digital gold’ of bitcoin, precious metals’ performance did not shine bright in Q1 2021, with gold bullion sliding -10.04% in the quarter and silver bullion dropping -7.52%.

On the S&P/TSX Global Gold™ Index, Q1 2021 also saw weakened performance from gold miners, with a -9.74% return overall. Investor enthusiasm dropped 16 percentage points while remaining 41% bullish overall. Again, advisors were still loyal to the prospects of precious metals and their miners, adding 4 percentage points of bullishness, while tied for bearish sentiment at 36% in each.