Is The Bull Market Back...

…Or is this just a rally within a bear market? 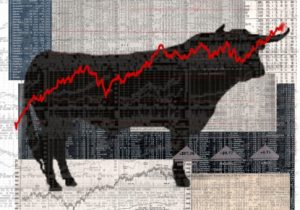 Something has been gnawing at me lately. Could this huge rally since the March 23 low be just a bear market rally? (A bear market rally refers to a counter-trend rally in stock prices during a bear market.) In short, my answer is “Yes, but it’s not likely.â What if this is a giant bull trap? How would we know?

I have been running a lot of analogs lately, comparing the current cycle to previous ones and concluding that the combination of a powerful price gain, large retracement of the previous decline, and strong breadth, has never not been the beginning of a bull marketâat least not since the 1930s. Only in 1929 and 1937 has the market seen a similar pattern of retracement and breadth to what we see today that turned out to be a bear market rally. And therein lies the rub.

The analogs all assume that a bull market is underway, which, even if the stats are in our favor, is unknowable except in hindsight. But what if this is a giant bull trap? (A bull trap is a market that is behaving as though a downtrend in stock prices is reversing though it proves to be temporary.) What if this is 1929? Or 1937?

Two Market Characteristics I’m looking At (among others)

Strong Retracement: When comparing today’s stock market drop with past declines, we can see that the current retracement far exceeds the others. In other words, the stock market has regained more of the losses in a shorter time than it has in the past. But I believe that is probably just a by-product of the fact that we have only declined 35% so far, whereas some of the prior bear markets produced declines of 50%â90%. It takes a much bigger gain to retrace a steep loss than a shallow one.

Market Breadth: Market breadth measures the number of stocks going up against those going down. I was a little surprised by this result, since I had assumed that the market’s breadth during bear market rallies would be less robust than during early-cycle bull markets. (A bull market is when the stock market is in a sustained uptrend.) But there are many examples of strong breadth during bear market rallies.

So again, taken together, price, strong retracement, and market breadth could indicate the beginning of a bull market.

In terms of breadth, we again see a similarity. Currently (at the recent 3,233 high), 98% of stocks in the SPX were above their 50-day moving average, producing one of the best breadth thrusts in decades. But in 1929 the market did almost as well, with 89% of issues above their moving average.

When comparing today's stock market drop with past declines, we can see that the current retracement far exceeds the others. In other words, the stock market has regained more of the losses in a shorter time than it has in the past...

Now consider the 1937 peak, which ushered in the second wave of the Great Depression and a steep decline in the stock market. Again, there are similarities for both price (up 51% from the March 1938 low) and breadth (100% of issues above their 50-day moving average).

The market ultimately went on to gain 62% from the low, but then remained in a large trading range and didn’t bottom until 1942 when the US entered World War II and the Fed ramped up the printing presses.

OK, so 1929 and 1937 serve as a warning that there is nothing in the charts currently (in terms of price and breadth) that guarantees that the current rally is not a bull trap on the way to new lows. We have the stats, of course, showing that, since the 1930s, the current setup has always been a new bull market. But the market is a nonlinear dynamic system, not a static one (like a coin toss would be), so we can’t get too complacent.

Having said that, for the record, I do think the lows are in and I do not think this is another 1929 or 1937. Part of what makes the system dynamic instead of static is the policy response, and today’s monetary (and fiscal) policy could not be more different than the policies 90 years ago.

The crash of 1929 was part of a massive deflationary spiral, and while the Fed did cut rates, it was nowhere near enough to offset the collapse in prices. As a result, while the market was falling 86%, the inflation-adjusted Fed policy rate soared to 16%.

Then, in April 1933, the US government finally reflated by devaluing the dollar. It did so first by confiscating everyone’s physical gold and then increasing its price from $20 to $35. That was a one-time devaluation of 43% during the gold standard. That reflationary policy response probably helped the market recover, but by April 1933 the damage was already done: The stock market had lost most of its value (86%) in 1932, almost a year earlier. Too little too late.

Fast forward to 2020: This time we are seeing the polar opposite. The real Fed policy rate, adjusted for inflation, and considering the effects of quantitative easing (QE), was already negative to begin with since the global financial crisis (GFC). It has now become vastly more so, with the Fed adding some $3 trillion to its balance sheet in the span of only a few months. Therefore, it’s difficult for me to see the market going down the same path as the 1930s.

Having said that, this doesn’t necessarily mean that the market will just keep advancing from here. Unless the earnings estimates for 2022 are too low, I believe the market has probably already priced in too much recovery. But, in my view, the Fed has done an effective job at putting a floor under financial assets by removing the left tail. (The left tail is is the worst-case scenario on a bell curve distribution.)* It couldn’t be a starker contrast to the 1930s markets.

I am sticking with my thesis that the lows are in, but that the market is not a layup from here. While a repeat of the Great Depression seems unlikely, it is good to at least be aware that the strength of the rally so far does not guarantee a continued bullish outcome.