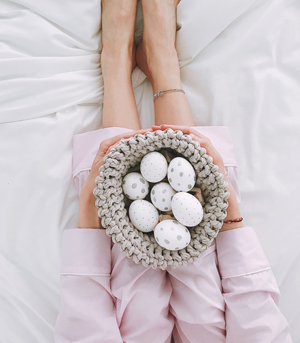 January 31, 2019 —Â BOSTON–(BUSINESS WIRE)–âFor many retirement savers, the recent market volatility is the most significant they have seen in several years â and for some of our younger investors, 2018 was the first time in their careers they have experienced a significant down marketâ

Fidelity InvestmentsÂ®, a broadly diversified financial services company with more than $6.7 trillion in client assets, today released its quarterly analysis of retirement savings trends, including account balances, contributions and savings behavior, across more than 30 million retirement accounts. While market volatility in the fourth quarter had a negative impact on account balances, the majority of investors continued to stay focused on long-term retirement savings goals and maintained a consistent approach to saving and asset allocation.

âFor many retirement savers, the recent market volatility is the most significant they have seen in several years â and for some of our younger investors, 2018 was the first time in their careers they have experienced a significant down market,â said Kevin Barry, president of workplace investing at Fidelity Investments. âMarket corrections like we experienced in Q4 can make investors anxious â however, the good news is that we didnât see that type of behavior amongst our 30 million retirement savers. Similar to 2008, they stayed the course by maintaining their asset allocation and continuing to add to their accounts, a good discipline that can be beneficial when markets rebound, as weâve seen in the early part of this year.â

Highlights from this quarterâs analysis include:

Despite market swings, investors did not make significant changes to their 401(k) investments. Only 5.6 percent of 401(k) investors made a change to their asset allocation in Q4, including investors who have their savings in a target date fund or managed account. Of those investors who made a change to their 401(k) asset allocation, over two-thirds (67.4 percent) only made one change last quarter. And as of Q4, more than half (50.6 percent) of 401(k) savers are 100% invested in a target date fund.

for some of our younger investors, 2018 was the first time in their careers they have experienced a significant down market...
Fewer workers tapping their savings as 401(k) loan level dropped to 10-year low. The percentage of workers with an outstanding loan from their 401(k) dropped to 20.3 percent, the lowest level since Q2 2009. In addition, the percentage of workers initiating a new 401(k) loan dropped to 9.4 percent in 2018, the lowest 12-month percentage since Q2 2009.

1Analysis based on 22,600 corporate defined contribution plans and 16.2 million participants as of December 31, 2018. These figures include the advisor-sold market, but exclude the tax-exempt market. Excluded from the behavioral statistics are non-qualified defined contribution plans and plans for Fidelityâs own employees.
2 Fidelity IRA analysis based on 9.2 million Personal Investing IRA accounts, as of December 31, 2018 and include Traditional IRAs, Roth IRAs, and Rollover IRAs only. It excludes inherited IRAs and small business IRAs, as well as the advisor-sold market.
3 Analysis based on 10,600 defined contribution plans, including 403(b), 401(a), 401(k) and 457(b) qualified plans, and 5.9 million participant accounts, for 4.4 million unique individuals, in the tax-exempt market, as of December 31, 2018.About Fidelity Investments
Fidelityâs mission is to inspire better futures and deliver better outcomes for the customers and businesses we serve. With assets under administration of $6.7 trillion, including managed assets of $2.4 trillion as of December 31, 2018, we focus on meeting the unique needs of a diverse set of customers: helping more than 28 million people invest their own life savings, 23,000 businesses manage employee benefit programs, as well as providing more than 13,000 financial advisory firms with investment and technology solutions to invest their own clientsâ money. Privately held for more than 70 years, Fidelity employs more than 40,000 associates who are focused on the long-term success of our customers. For more information about Fidelity Investments, visit https://www.fidelity.com/about.