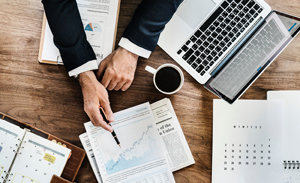 Despite the significant swings in the stock market, the analysis found there were minimal changes to the average retirement account balance with a slight increase to the average IRA balance and moderate decline in both the average 401(k) and 403(b) balances.

The majority of retirement savers continued to take a long-term approach by maintaining their contribution levels to workplace savings and not making significant changes to their asset allocation. This is especially true among the record 1.4 million Gen Z (born between 1997-2012, as defined by Pew Research) retirement investors now saving with Fidelity.

âOne of the most important retirement savings behaviors we highlight with customers is to keep a long-term approach and not make changes to a retirement savings strategy based on short-term market events,â said Kevin Barry, president of Workplace Investing at Fidelity Investments. âThe stock market and economic landscape will shift many times throughout a lifetime, so taking a consistent approach, making steady contributions and maintaining your asset allocation are key to reaching your retirement savings goals.â

Highlights from Fidelityâs Q3 2021 analysis include:

âOver the past two years, we are seeing the next generation of investors rise up and get more engaged with their finances, leading to more than 4.7 million new retail accounts[6] on Fidelityâs platform, and itâs encouraging to see so many young people planning for their future,â said Kelly Lannan, vice president, Young Investors at Fidelity Investments. âWhether saving in an employerâs workplace plan or contributing to a Roth IRA, these accounts can be a great way to start saving for retirement. Gen Z and Millennials may get an undeserved rap that they are mainly âliving in the nowâ but we know from our Fidelity Spire app users[7] that retirement is the number one long-term goal they are trying to reach.â

Fidelityâs third quarter analysis found that, despite the stock market uncertainty in Q3 and the continuing economic impact of the pandemic, the majority of retirement savers did not make any changes to the asset allocation within their account and the percentage of outstanding 401(k) loans continues to trend downward. In addition, while most 401(k) savers maintained their contribution rate, some individuals took steps to boost the amount their savings rate:

Fidelityâs mission is to inspire better futures and deliver better outcomes for the customers and businesses we serve. With assets under administration of $11.1 trillion, including discretionary assets of $4.2 trillion as of September 30, 2021, we focus on meeting the unique needs of a diverse set of customers: helping more than 38 million people invest their own life savings, 22,000 businesses manage employee benefit programs, as well as providing more than 13,500 wealth management firms and institutions with investment and technology solutions to drive growth. Privately held for 75 years, Fidelity employs more than 52,000 associates who are focused on the long-term success of our customers. For more information about Fidelity Investments, visit www.fidelity.com/about- fidelity/our-company.

[4] Based on Fidelity analysis of 10,300 Tax-exempt plans and 7.4 million plan participants as of September 30, 2021. Considers average balance across all active plans for 5.4M unique individuals employed in tax-exempt market.