How divorce can unhinge the most stable retirement plan 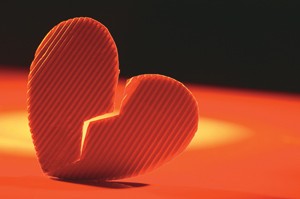 Mr. Radigan is Head of Private Trust for TD Wealth. Ray is responsible for managing the trust activity across the TD Bank footprint from Maine to Florida. He oversees the Trust Advisors who bring TD Wealth’s full range of investment options to U.S clients to support the management and distribution of their assets. Visit here for more information.

Imagine a newly married young couple where one spouse stays at home to raise the children and the other works for a private employer that offers a 401(k) plan. Further assume that the spouse contributes $5,000 a year into the plan and the employer fully matches that contribution. Over time, this retirement account will continue to grow on a tax deferred basis. If this couple gets divorced years later, this account â along with the other marital assets â may have to be divided between the two.

In many instances, retirement funds can be the largest asset in a marriage. The longer the marriage, the more time assets can accumulate in a retirement fund. Unfortunately, how to divide retirement assets can be one of the most complicated aspects of a divorce.

Retirement assets will be deemed marital property to the extent contributions were made during the marriage. All marital property will be subject to division in a divorce proceeding unless there is a valid prenuptial agreement that dictates otherwise.

There are generally two types of retirement plans to consider. First, there are variations of a defined contribution plan whereby it is the contribution, or the amount that goes into the plan, that is defined. The contribution amount can be defined by either a formula (e.g. 5% of the salary) or a specific dollar amount. Once contributions are made, the account will grow on a tax deferred basis until withdrawals are made. The most common type of defined contribution plan is a 401(k), 403(b) or an IRA. These plans are relatively easy to divide in a divorce proceeding. Typically, the spouse who did not participate in the plan will either receive a specific dollar amount or a percentage of the account balance as of a specific division date.

The other type of qualified retirement plan is the defined benefit planâwhich has become less common over recent years because they can be more complicated to administer. Here, it is the benefit, or the amount that is paid out at retirement, that is defined. Some of these plans require complex actuarial calculations while others pay a benefit based on such factors as years of service and salary.

For example, a defined benefit plan might specify that a retiree would receive an annual retirement benefit equal to 3% of the average salary for the last three years multiplied by the number of years of service. So, if a participant’s average salary for the last three years was $150,000 and worked for the company for 30 years, the annual retirement benefit would be $135,000 ($150,000 x 3% x 30 years of service) or $11,250 a month.

If an ex-spouse is entitled to a portion of the working spouse’s benefit in a defined benefit plan, typically they would get a percentage of the monthly benefit and may or may not receive a survivor’s benefit as well.

The couple will need to obtain a Qualified Domestic Relations Order (“QDRO”) to divide each qualified pension account that is governed by the Employment Retirement Income Security Act of 1974 (“ERISA”). This includes qualified defined benefit and contribution plans but not IRAs. Nonetheless, the QDRO should address all retirement plans â including IRAs and Simplified Employee Pensions (SEPs). Furthermore, the QDRO should first be approved by the pension plan administrator before ultimately being approved by the court. The QDRO also may incorporate the terms of the divorce settlement agreement.

The QDRO typically will

Keep in mind that many pension plans will charge a submission fee ranging from $350 – $400 â maybe more. Also understand that pension plans have specific administrative rules dealing with the division of retirement assets in a divorce so prior approval is critical.

What if one spouse remarries and executes a prenuptial where the new spouse will waive any interest in the participant's retirement account? A waiver of the benefits, however, must be executed by a current spouse â not a prospective spouse. This would mean that this provision in the prenuptial agreement would be ineffective. In essence, the new spouse must also execute a written waiver...

The division of retirement assets for a younger couple can be relatively simple â the accumulations are relatively minor, and the division can be based on a purely percentage basis. Dividing assets in a “gray divorce,” however, can be much more complicated. Gray divorce refers to the increasing rate of divorce for those over 50 years old.

A Rise In Family Conflict

TD Wealth recently conducted a survey at the 54th Heckerling Institute on Estate Planning, where 40% of the respondents, comprised of estate planners and attorneys, opined that gray divorce is causing a rise in family conflict. Additionally, another 39% of the respondents indicated that gray divorce further complicates retirement planning and funding.

Many couples going through a gray divorce were married for many years. Over time, each spouse had the opportunity to accumulate a significant amount of assets in a retirement plan. So, the more the retirement assets accumulate, the more there is to divide when the divorced is finalized.

Although child support might not apply in a gray divorce, planning for Social Security is more complicated because there may be spousal benefits to consider. If a couple divorces after 10 years of marriage, a non-working spouse may qualify for Social Security benefits based on the earning record of the working spouse, if certain conditions are met. The applicant must at least 62 years old, unmarried and divorced for at least two years.

Another interesting issue to consider is the spousal rights associated with certain qualified retirement plans. In a defined benefit account, retirement benefits must be paid in the form of a Qualified Joint and Surviving Annuity (“QJSA”), where a lifetime monthly benefit is paid to the participant and upon death, typically a reduced monthly annuity is paid to the spouse, if surviving. Any other form of payment requires spousal consent.

In a 401(k) plan, a surviving spouse shall be entitled to all proceeds in the account when the participant spouse dies unless the surviving spouse executes a written waiver consenting to the choice of another beneficiary. This could have significant consequences if the couple ultimately divorces.

What if one spouse remarries and executes a prenuptial where the new spouse will waive any interest in the participant’s retirement account? A waiver of the benefits, however, must be executed by a current spouse â not a prospective spouse. This would mean that this provision in the prenuptial agreement would be ineffective. In essence, the new spouse must also execute a written waiver.

Interestingly, in most states, an IRA owner can designate anyone as beneficiary because there are no spousal rights to IRAs. In community property states, however, if a married IRA owner divorces, 50% of the account acquired during marriage will ultimately belong to the non-owner spouse. These states include Alaska, Arizona, California, Idaho, Louisiana, New Mexico, Texas, Washington and Wisconsin.

Based on the aforementioned, even the best laid plans can go awry when facing a divorce that requires the division of retirement assets. Regardless of early planning, it is always necessary to re-evaluate your financial and estate plans, especially after facing life changing events.