The petition arises from the SECâs thirty-year effort to effectively outlaw Rule 12b-1 fees, and the amnesty program which followed 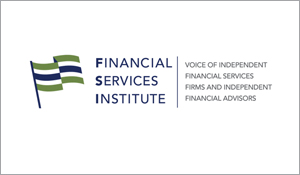 WASHINGTON, D.C. â The need for our government to set forth consistent, predictable rules has never been greater, and the Securities and Exchange Commission (SEC) is no exception.

Over the last year, the SEC has used its enforcement authority, rather than its rulemaking authority, to change longstanding, widespread, and previously uncontroversial business practices in the mutual fund space. This is not how the rule of law is supposed to work. So today, a broad alliance of four industry and public interest organizationsâthe American Securities Association (ASA), the Competitive Enterprise Institute (CEI), the Financial Services Institute (FSI), and the New Civil Liberties Alliance (NCLA)âhave teamed up to file a petition for a rulemaking seeking to end the SECâs penchant for regulation by enforcement. When the stay-at-home orders are finally lifted, American businesses will need to know that the law is what is says, and not what the SEC, years later, decides unilaterally what it should have been.

The petition arises from the SECâs thirty-year effort to effectively outlaw Rule 12b-1 fees, and the amnesty program which followed. For decades, mutual funds have used 12b-1 fees to compensate financial advisers for ongoing sales and marketing assistance. And (despite the SECâs efforts to the contrary) no statute or rule changed the manner in which those fees were disclosed. Undeterred by a failed effort to adopt prospective rules in this area in 2010, the SEC has recently turned to âguidance,â coupled with âvoluntaryâ self-reporting programs for those in âviolationâ of the âguidance,â and punitive enforcement actions for past conduct for those who didnât turn themselves in. This was undertaken without the notice or public participation that Congress requires for regulatory changes of this type.

ââIf at first you donât succeed, try, try againâ is a good rule for schoolchildren, but not for federal agencies that are determined to impose their own policy preferences on regulated entities regardless of the requirements of federal law,â said Helgi Walker, a partner at Gibson Dunn and lead counsel on the petition. âIt is time for the SEC to follow the rulemaking procedures that the peopleâs elected representatives in Congress have prescribed. Investment advisers, like all Americans, have a right to be bound only by duly enacted statutes and the regulations lawfully promulgated under themâand, most importantly, to know what the law is before the SEC brings its enormous enforcement arsenal to bear.â

It is time for the SEC to follow the rulemaking procedures that the peopleâs elected representatives in Congress have prescribed. Investment advisers, like all Americans, have a right to be bound only by duly enacted statutes and the regulations lawfully promulgated under them...

The stakes of this petition go beyond the securities laws, as evidenced by the broad alliance of groups challenging the SECâs practice of regulation by enforcement. This is about the rule of law:

As detailed in the petition, the SEC should initiate a rulemaking to promulgate regulations to bring its guidance into compliance with applicable law. âOther agencies have already taken similar action,â added Walker. âThe SEC should get with the program and end its enforcement abuses once and for all.â

About the American Securities Association (ASA): The American Securities Association (ASA) is a trade association that represents the retail and institutional capital markets interests of regional financial services firms who provide Main Street businesses with access to capital and advise hardworking Americans how to create and preserve wealth. The ASAâs mission is to promote trust and confidence among investors, facilitate capital formation, and support efficient and competitively balanced capital markets. This mission advances financial independence, stimulates job creation, and increases prosperity. The ASA has a geographically diverse membership base that spans the Heartland, Southwest, Southeast, Atlantic, and Pacific Northwest regions of the United States.

About the Financial Services Institute (FSI): The Financial Services Institute (FSI) is the only organization advocating solely on behalf of independent financial advisors and independent financial services firms. Since 2004, through advocacy, education and public awareness, FSI has successfully promoted a more responsible regulatory environment for nearly 90 independent financial services firm members and their 160,000+ affiliated financial advisors â which comprise over 60% of all producing registered representatives. We effect change through involvement in FINRA governance as well as constructive engagement in the regulatory and legislative processes, working to create a healthier regulatory environment for our members so they can provide affordable, objective advice to hard-working Main Street Americans. For more information, please visit financialservices.org.