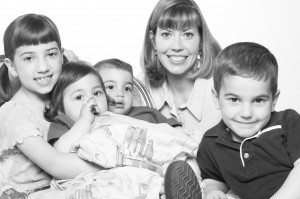 Swiss Re has published an assessment of the mortality protection gap in the U.S.âa measure of how protected Americans are through their current life insurance coverage.

The study found that the average American household would face an income gap of 45% if a member passed away unexpectedly. Ten years on, this number remains higher than it was before the 2008-2009 financial crisis and the percentage is expected to increase.

This is due in part to:

However, the insurance industry, including Swiss Re, is implementing several unconventional tools to help ease the protection gap:

Excerpts from the SwissRe study: LIFE UNDERINSURANCE IN THE US: BRIDGING THE USD 25 TRILLION MORTALITY PROTECTION GAP

We estimate that the aggregate mortality gap in the US, a measure of life underinsurance, was close to USD 25 trillion in 2016. On a per-household basis, the gap averaged USD 495 000 or, in other words, 45% of householdsâ income replacement needs. The protection gap has narrowed since 2010 but remains larger than before the financial crisis of 2008â09. We forecast that the gap will widen in the coming years if current economic and insurance market trends continue. There was a significant widening of the mortality protection gap between 2007 and 2010, from almost USD 23 trillion to more than USD 27 trillion.

The financial crisis of the intervening years resulted in a large increase in joblessness in the US, alongside a significant decrease in household asset values and an increase in household debt. These factors, combined with a contraction in overall life insurance premiums, drove the sizeable increase in the mortality protection gap by 2010.Since then the gap has narrowed a little, based on lackluster growth of the life sector overall and a very slow increase in social security benefits relative to income replacement needs. Between 2010 and 2016, life insurance coverage (measured in terms of premiums per capita) on average grew by 0.5% annually in real terms, while social security benefits increased by 0.2% annually.

The combined contribution to the narrowing of the aggregate mortality protection gap was 1.5% annually, leaving it still some 9% larger in 2016 than it was in 2007.We expect household income replacement needs to increase over the coming years given:

Further simulations reveal that life insurance coverage would have to grow by 1.5 percentage points more than our baseline forecast in order to stabilize the protection gap at 2016 levels.Life insurers are exploring different avenues to increase sales growth. To this end, they are using insights gained from behavioral economics to better understand customer decision-making in order to encourage buying behavior. Studies have demonstrated the effectiveness of behavioral economics in improving sales and underwriting processes in accordance with consumer preference. Insurers are also using technology to streamline the buying process by investing in more efficient tools which simplify and accelerate the underwriting process.

Accelerated underwriting solutions reduce the average length of time from application to policy issuance by combining recent advances in predictive analytics and Big Data to avoid medical testing for some categories of clients. Technology and data analytics can also be used to make life insurance more accessible to consumers. Customer experience is emerging as another key priority area for insurers seeking to differentiate and grow their life business. The cost of buying life insurance includes more than money: it also requires information and time. Insurers offering customers better experiences that include a return on their information plus increased ease of doing business are more likely to achieve revenue growth.

Another challenge is to expand outreach to more of the middle-income household population, which holds high growth potential. Here use of digital technology in distribution will play an important role...

However, challenges remain. Insurers need to re-allocate resources to implement automated underwriting solutions and adapt their legacy systems. Another challenge is to expand outreach to more of the middle-income household population, which holds high growth potential. Here use of digital technology in distribution will play an important role.The mortality protection gap in the US reached an estimated USD 25 trillion in 2016.The gap widened significantly after the financial crisis of 2008â09. It has narrowed since 2010, but by 2016 the gap was still larger than before the financial crisis.Macroeconomic projections point to a 0.8% widening of the protection gap annually by 2022.Behavioral economics analysis, accelerated underwriting…… and improving customer experience are key priorities for life insurers to increase sales growth.

Defining and sizing the gap

The mortality protection gap is the difference between the amount needed toÂ substitute a householdâs future income in the event of death of the/a majorÂ breadwinner, and the existing resources available to repay outstanding debts and
maintain the living standards of remaining household members in such a scenario.Â Resources available include existing financial assets, proceeds from life insuranceÂ policies and social security payments. The portion of the deceasedâs income flowsÂ that cannot be replaced by these existing resources is the mortality protection gap.

The gap increases with rising income, as normally happens over the lifespan of aÂ breadwinner, or collectively over time with the growing development of an economy.Â The size of the gap is inversely correlated with the build-up of insurance coverage,Â financial assets and social security benefits.Â For the purposes of quantifying the US mortality protection gap, in this report weÂ consider households in which the major breadwinner is younger than 55. WeÂ estimate that the aggregate mortality protection gap in 2016 for this population wasÂ close to USD 25 trillion (see Appendix for our computation method). In real termsÂ (ie, adjusting for inflation), this equates to a 6% decrease over the three years to 2016.

As the basis of income replacement needs, average household income is the key driver of the mortality protection gap. According to tri-annual data from the Survey of Consumer Finances published by the Federal Reserve (Fed), average family incomes increased by 0.8% annually in real terms between 2001 and 2016, contributing to the long-term trend of a growing protection gap. However, in the last decade, high unemployment caused severe volatility in average household income.

For example, between 2007 and 2010, average incomes fell by 3.9% on average each year, but from 2013 to 2016, they increased by 4.5% annually. This drop/rebound was primarily related to losses/gains in employment rather than average sustainable income gains which we use as the basis to calculate income replacement needs. The income replacement concept is based on the money needed to maintain living standards. Income replacement needs are modelled off average household income, which generally increases over time. This relationship was distorted by the financial crisis of 2008-09, with average household income falling due to soaring unemployment in the ensuing recession years. The protection need, however, does not lessen in line with temporary loss of employment.

To normalize for the effect of high unemployment during the recession years, we substituted the wage replacement calculation for 2010 and 2013 with average 2007 wages, adjusted for inflation (see shaded part of bars in Figure 6).4 The labor market had recovered close to full employment by 2016, and we used actual wage values to calculate the protection gap for that year.