Breaking Up Is Hard To Doâ¦

How divorce can dismantle an otherwise sound retirement plan 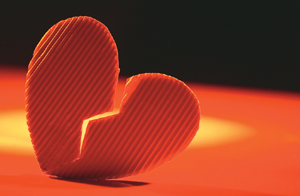 by Joseph A. Giannone

Many American couples plan for a comfortable retirement spent pursuing their dreams, but what they donât anticipate is the enormous financial impact of breaking up. Suddenly families need two homes and two household budgets. Nest eggs, split in two, need to be rebuilt, a task that grow more and more difficult for investors nearing or already in retirement.

There are two converging trends that financial planners say can wreak havoc on even the best laid retirement plans. Americans are living longer than previous generations, with the average U.S. life expectancy now reaching nearly 79 years. At the same time, marriages are breaking apart more often among people 50 and older.

The Pew Research Center has reported that âgray divorceâ rates â the demise of marriages for Americans age 50 and older — have been climbing even as divorce becomes less common among younger adults. In 2015, there were 10 divorces for every 1,000 married persons ages 50 and older, doubling from five in 1990.

And among Americans age 65 and older, the âsilver divorceâ rate has roughly tripled since 1990, reaching six people per 1,000 married persons in 2015.

Divorcing Couples Are Simply Not Prepared

By and large, divorcing couples are not prepared. A recent TD Ameritrade survey of U.S. adults from ages 40 to 79 found that four in 10 Americans don’t have a financial plan that factor in being separated or widowed later in life.

Itâs not a coincidence that divorce rates are rising along with life spans, says Kristina George, a Wealth Manager at Northstar Financial Planning in Windham, N.H., a firm that specializes in helping divorcees and widows. George said her average client is 55 years of age, married for 25 years and has children in their 20s.

âGray divorce is very common and increasing from my perspective,â said George, who has worked with several divorcing clients in their 60s and some in their mid-70s. People in this stage of life are facing a barrage of financial stresses: college expenses for their children, care for elderly parents, and their own increasing medical costs. These multiple challenges can strain a marriage, she said.

âWeâre all living longer, and people are realizing they have 20 to 30 more years ahead even as they approach the gates of retirement,â she said. Without the usual buffers of jobs or raising children, she said, some people decide they want to end their marriage.

George urges spouses who may not manage household investments and finances, typically women, to get more engaged and educate themselves. âPeople should do this before there is a crisis. Divorce is too much of an emotional time to also have to learn about budgets and finances,â she said.

And in most cases, that may be easier said than done. Marriage partners are wary of discussing even the potential for divorce or death. The TD Ameritrade survey found that 41 percent of investors do not have a financial plan in place that factors in these life events.

From Couple To Single Toâ¦ Uncertainty

And while nearly nine in 10 Americans age 40 and older are confident they can manage their finances in these scenarios, the transition from couple to single can significantly impact the ability to retire, the research shows. Forty percent of divorcees in the survey said getting divorced threw their retirement plans off course, while 60 percent either have moved or plan to move within five years.

Consider that 40 percent of divorcees have less than $50,000 saved for retirement, compared to 32 percent of Americans overall in a similar age bracket. So it isnât surprising that a third of divorcees delay their divorce longer than they wanted due to financial concerns.

Kelly DiGonzini, director of financial planning at Beacon Pointe Wealth Advisors in Newport Beach, Calif., observes that, in many parts of the United States, extremely high home costs can blast a big hole in retirement plans. âAny time you divide a household, going from one home to two, it gets pricey. Even if the coupleâs financials were in good shape beforehand, it becomes a lot of harder. Youâve basically doubled expenses,â she said.

Itâs not a coincidence that divorce rates are rising along with life spans;Weâre all living longer, and people are realizing they have 20 to 30 more years ahead even as they approach the gates of retirement, some people decide they want to end their marriage...

DiGonzini says more investors need to go into a divorce with open eyes. âCouples should figure out the real costs of breaking up and get a clear picture of how that might affect their long-term plans. Thatâs not always so simple. Clients argue in front of us. Finances are tricky and can be emotional.â

The Value Of The Pre-Nup

Those who have gone through a divorce plan to do things differently. While 97 of divorcees surveyed did not have a prenuptial agreement in their previous marriage, 42 percent say they would get one if they remarried. That share rises to 70 percent among those with $250,000 and more in investable assets. 75 percent also say that prenuptial agreements should include retirement assets.

Regardless of relationship status, the research illustrates that many American arenât sure how to approach end-of-life planning with their families. This is especially true for those in their 40s and 50s, with more than half of respondents unsure how to structure their inheritance.

What we often have, here, is a failure to communicate. Consider that only 36 percent shared financial passwords with their partners. Fewer, 30 percent, have set aside money for end-of-life care, while just 20 percent discussed inheritance and legacy planning with children. Only 19 percent discuss health and caretaking planning with their children. Twenty-eight percent created an ‘in case of emergency plan’ in case something happens to the household’s primary financial decision maker, the survey found.

Itâs not for lack of interest, it should be noted. Regardless of relationship status, many investors arenât sure how to approach end-of-life planning with their families. This is especially true for those in their 40s and 50s, more than half of whom arenât sure how to structure inheritance plans, even as half of the respondents acknowledged they would feel guilty for not leaving enough money behind for heirs.

Itâs often difficult to find the right time to discuss sensitive issues such as inheritance or caretaking planning with a spouse or children. Still, planning ahead can increase financial security for loved ones.

Financial Impact Greater As You Get Older

âThe financial impact of divorce to both parties is naturally more pronounced later in life, since in most cases clients will have accumulated more assets,â says Laura Tarbox, founder and CEO of Tarbox Family Office in Newport Beach, Calif.Â âI have worked with a few clients who admitted they postponed instigating divorce until there was enough accumulated in assets, so that they could âaffordâ to leave the marriage and âget byâ on half, without having to significantly compromise their lifestyle.â

Advisors agree that itâs important that both spouses get educated and stay engaged in the familyâs finances.

DiGonzini tells of one husband who proposed letting the wife keep their IRA while he would keep the Roth IRA. Though both accounts were roughly the same size, withdrawals from traditional IRA are taxable while those of the Roth are not. Alerted to the disadvantage by her advisors, the wife was able to strike a better deal.

Too often, divorcing couples will battle over finances even at the expense of their kids or their own best interests. âIn one situation, we had to split the kidsâ college savings plans because the mom and dad kept fighting about when to make distributions,â Tarbox said.

âCouples arenât thinking straight. Theyâre angry and resentful. They arenât running the numbers, because they have other things on their mind. But just as you shouldnât start drafting an estate plan on your death bed, you should develop financial plans well in advance and with your eyes wide open,â Van Slyke said. âDivorce is a devastating event, emotionally and financially. For so many people who have just enough to get by, well, now they have half that amount.â

Worst of all, late-stage divorce makes it much more difficult for the ex-spouses to recover and rebuild wealth. âMake good decisions while you have enough time,â said Van Slyke. âOtherwise youâre rearranging deck chairs while the ship is sinking.â