On The Road Again

A Brave New World In Your Own Backyard

Advances in Transportation Technology to Shape Where We Live, Work â and Invest 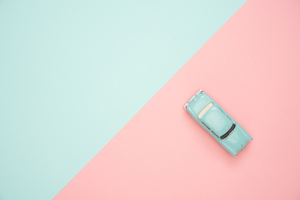 The report, âOn the Road Again: How Advances in Transportation Are Shaping the Future of Real Estateâ, explores the evolution of transportation technology and how it affects where we choose to live, work and play. The paper identifies near-term investment opportunities including off-transit apartments and the redevelopment of existing parking lots, in addition to discussing how long-term trends may drive a resurgence in urban retail and a revitalization of the suburbs.

Off-transit properties The research suggests that the design and location of future commercial real estate projects will be heavily impacted. The authors noted one of the first major impacts will likely be the increased value of development sites with good access to uncongested roadways, but limited public transportation.

Parking lots As the need for vehicle ownership declines, particularly in urban centers that benefit from a proliferation of ridesharing services, so too should the need for some parking lots. This will create an opportunity to repurpose these lots and breathe new life into otherwise tired and potentially redundant developments.

Urban retail centers The report notes that part of the cost of urban shopping and dining is the cost of parking. With ridesharing reducing costs to consumers in terms of both time and money, a visit to physical stores on the high street may be a far more appealing prospect than before.

Adam Ruggiero, head of real estate research for MetLife Investment Management, said: âWhen we look at what makes real estate assets most attractive to tenants, access to transit has traditionally been near the top of the list, and investors have been willing to pay handsomely for it. As transportation technologies evolve though, we may see that same sort of direct access become less important, and real estate pricing will adjust as a result. Having an understanding of how these advances will affect real estate demand is essential to any investor hoping to outperform the market.â

According to the report, advances in transportation technology are already having an impact on the market. The research found that the introduction of ridesharing and carpooling services in San Francisco coincided with a decline in rental premiums for on-transit apartments (defined as those properties within a 5-minute walk of a transit stop) from a historical average of 20 percent to only 15 percent today.

The report analyzes a range of publicly available data sources and surveys, in addition to proprietary data compiled by the firmâs real estate research team. It notes that car manufacturers will likely develop autonomous vehicles that they can scale up to a fleet level, allowing them to substantially decrease the cost of a single-trip ride. Customers will have the ability to take longer and more frequent trips at a cheaper price.

Vehicle electrification will be another key factor. While existing battery technology is a significant cost for the current generation of electric vehicles, the future development of smaller, cheaper and more efficient solid-state batteries could increase driving range by as much as 200 percent and significantly reduce manufacturing costs.

These developments, taken together, point to a future of highly accessible, highly efficient and comparatively inexpensive transportation.

Excerpts from ‘On The Road Agin…’

Introduction
The historical movement of people, industry, and goods has been heavily influenced by advances in transportation. The invention of the steam engine and the expansion of the railroads opened the Western United States to mass migration in the 19th century. Supplied with goods carried on those railroads, cities grew in all parts of the country. Many of them soon found density to be a challenge, especially when trying to travel from one part of the city to another. In order to alleviate this problem, public transit systems were introduced at the turn of the 20th century and they remain in heavy use today.

access to transit has traditionally been near the top of the list, and investors have been willing to pay handsomely for it

Only a few decades later the mass production of the automobile democratized individual transportation and substantially improved the efficiency of local travel. Now, well into the 21st century, we believe we are on the verge of yet another advance of similar magnitude, one with the potential to have broad implications for the path and shape of real estate demand. Unlike the advances of old, this one comes not from the advent of a single technology, but a combination of many. The introduction of ridesharing services, self-driving cars, and electric vehicles will all have significant individual impacts. Taken together though, their impact will likely be far greater. Ridesharing and ride hailing services will make public transportation more local than ever before, while self-driving cars and electrification will lower its cost and improve efficiency. These advances will impact renters, consumers, and businesses across the country and the globe, and affect what, how, and where we build.

The Ridesharing Revolution
The pioneers of ridesharing and smart phone enabled pickup services, Uber and Lyft, first launched in 2011 and 2012, respectively. By managing pickup requests and fulfillments via smartphone, they improved on the traditional taxi model of cruising busy avenues in search of a fare. Primarily because of this added efficiency, Uber and Lyft rides are about 25% cheaper than a traditional taxi, while drivers earn roughly the same wage.2 As ridership grew, it allowed both companies to begin matching riders traveling in the same direction, leading to the launch of ridesharing services in 2014. Riders then had a choice between a direct route and a reduced-fare, carpooled route. As of 2018, we estimate that carpooled rides range from 30% to 80% cheaper than traditional taxis rides. Traditional taxis, however, have not been the only mode of transportation to see ridership declines since the entry of Uber and Lyft.