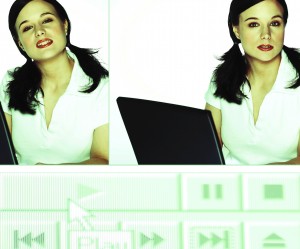 January 22, 2014- COLUMBUS, Ohio–(BUSINESS WIRE)–More than seven in 10 affluent baby boomers mistakenly think the Affordable Care Act will cover their long-term care (LTC) costs in retirement. The Nationwide Financial Retirement Instituteâs annual survey, released today, also reveals that while boomers desperately want to receive LTC in their home, few are adequately planning for the costs â and many are not planning at all.

According to the poll conducted by Harris Interactive of 801 Americans over 50 with at least $150,000 in household income, only 28 percent know that the Affordable Care Act does not cover LTC costs. Nearly half say they are worried about becoming a burden to their families, but 54 percent say they would rather die than live in a nursing home.

âNeither the Affordable Care Act nor Medicare will help Americaâs workers pay their long-term care costs,â said John Carter, president and chief operating officer of Retirement Plans, Nationwide Financial. âVirtually no one wants to end up in a nursing home, but few are planning for long-term care costs. And if they have to rely on Medicaid, they may not have a choice.â

âThis drastic drop could be due to the mediaâs focus on the Affordable Care Act and peopleâs misconceptions about what it covers,â Carter said. âThe reality is we canât count on someone else to fix this problem. We will have to fund our own long-term care costs in retirement.â

Industry figures show many are in denial that they will ever need LTC, so they never plan for it. However, the U.S. Department of Health and Human Services estimates that 70 percent of Americans over age 65 will need LTC during their lifetime. 2

The most common mistake a financial advisor makes is his or her approach to the discussion. When an advisor says the words âlong-term care,â the client often hears ânursing home

Nearly four in five (78 percent) say that when they hear the term âlong-term careâ they think of nursing home care. In actuality, nearly half of all LTC happens at home, with a little over a quarter (27 percent) taking place in a nursing home and 24 percent in adult day care. 3

âThe most common mistake a financial advisor makes is his or her approach to the discussion. When an advisor says the words âlong-term care,â the client often hears ânursing home,ââ said Kevin McGarry, director of the Nationwide Financial Retirement Institute. âThis often causes the client to shut down. Instead, advisors should say: âLetâs talk about ways we can keep you in your home longer.ââ

âThe next step is to get a fact-based estimate of what those long-term care costs may be and work to build a plan from there,â McGarry said. âFour in five advisors say they know if they can have these discussions, their clients will be more likely to stay with them.â

Methodology:
The 2013 Health Care and Long-term Care Costs Study was conducted online within the U.S. by Harris Interactive on behalf of Nationwide Financial between Sept. 24 and Oct. 1, 2013. The respondents comprised a representative sample of 801 U.S. adults aged 50 or older with annual household incomes of $150,000 or higher. Results were weighted to the U.S. General Online Population of adults by sex, race/ethnicity, education and region. Respondents for this survey were selected from among those who have agreed to participate in Harris Interactive surveys. Because the sample is based on those who were invited to participate in the Harris Interactive online research panel, no estimates of theoretical sampling error can be calculated.

About Nationwide
Nationwide Mutual Insurance Company, based in Columbus, Ohio, is one of the largest and strongest diversified insurance and financial services organizations in the U.S. and is rated A+ by both A.M. Best and Standard & Poorâs. The company provides customers a full range of insurance and financial services, including auto insurance, motorcycle, boat, homeowners, pet, life insurance, farm, commercial insurance, annuities, mortgages, mutual funds, pensions, long-term savings plans and specialty health services. For more information, visit http://www.nationwide.com/.