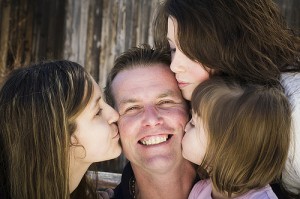 November 19, 2013- NEW YORK–(BUSINESS WIRE)–During the last five years, three out of five (62 percent) Americans age 50 and older have provided financial assistance to members of their family, including adult children, parents, grandchildren, siblings or other relatives, according to a new Merrill Lynch study. This is a reminder of the generosity that runs through our culture, and of the importance people place on helping family, especially during challenging times.

Conducted in partnership with Age Wave, âFamily & Retirement: The Elephant in the Roomâ is an in-depth study exploring modern family interdependencies and the challenges boomers (currently age 47 to 67) face in balancing them with their own retirement plans and financial security. Conducted in August 2013, the study is based on a nationally representative survey of more than 5,400 respondents.

The average financial assistance provided to family members during the last five years was nearly $15,000 â and significantly more among the nationâs wealthiest families. This support may have been to help relatives meet a one-time need or ongoing assistance over the course of many years, and was often given without expecting anything in return. However, the vast majority of people age 50+ (88 percent) have not factored such support for family into their financial planning. The study also found a dangerous absence of proactive discussion and establishment of safe boundaries among family members as they navigate these interdependencies.

âGiven the challenging economic climate during the past several years, itâs not surprising that so many Americans have extended financial support to their loved ones,â said Andy Sieg, head of Global Wealth and Retirement Solutions for Bank of America Merrill Lynch. âHowever, such admirable willingness to assist family members should not place oneâs own long-term financial security in jeopardy, and can be a hidden risk to retirement that must be considered and planned for.â

Additional highlights from the study include

âFamilies are a major source of fulfillment during retirement years â but can also create unforeseen financial pressures,â said Ken Dychtwald, Ph.D., founder and CEO of Age Wave. âToo often, people plan for their retirement without factoring in how they might be called upon to help out their adult children, aging parents and siblings. In this new era of extended longevity and increased family interdependencies, retirement planning is no longer about just an individual or couple, but also about the needs and hopes of our loved ones.â

The study found that the vast majority of people age 50+ have not prepared for potential family events and challenges that could affect their retirement, including:

Although many of these topics can be difficult to discuss, there is a clear benefit to having family conversations and planning ahead. We help our clients prepare for and work through such important issues, so that their familiesâ needs are addressed and their goals can still be achieved

The study also found a significant lack of proactive discussion and engagement between family members on key financial topics. This can negatively impact various aspects of oneâs retirement and overall financial security.

Seventy percent of adult children age 25+ have not had a discussion with parents about their retirement and other issues related to aging. And more than half (56 percent) of parents age 50+ say they have not discussed any important financial issues â such as a will, health directive, inheritance plans and where they plan to live in retirement â with their adult children. Furthermore, just one in four (24 percent) siblings age 50+ have discussed how their parents will be financially provided for, or cared for, as they get older.

Across all relationships, the most common catalyst for such discussions is the death or illness of a family member or friend (43 percent), and the top barriers for having an open conversation include fear of family conflict (24 percent) and the fact that such topics are just too uncomfortable to discuss (19 percent). People who do have these discussions with family members are, on average, nearly twice as likely to say they would be well prepared financially if faced with a family challenge.

âProactive discussions and coordination with family members can be the difference between smooth sailing and significant hardship when confronting financial challenges leading up to and through retirement,â said David Tyrie, head of Retirement and Personal Wealth Solutions for Bank of America Merrill Lynch. âAlthough many of these topics can be difficult to discuss, there is a clear benefit to having family conversations and planning ahead. We help our clients prepare for and work through such important issues, so that their familiesâ needs are addressed and their goals can still be achieved.â

For more information about the study, âFamily & Retirement: The Elephant in the Room,â please visit here.

Methodology
The survey included a nationally representative sample of 5,415 respondents age 25+, including 2,104 respondents among the boomer (age 47-67) and silent (age 68-88) generations, 250 millennials (age 25-36), and 252 respondents among Generation X (age 37-48). In addition, select findings are based on an oversample of 2,809 affluent respondents age 50+ with at least $250,000 in investable assets (including liquid cash and investments, but excluding real estate). Among the affluent respondents, 2,506 had assets from $250,000 to $5 million, and 303 had assets of $5 million or more. The survey, which was completed in August 2013, was conducted in partnership with Age Wave and executed online by Harris Interactive. Focus groups were also conducted among both pre-retirees and retirees.

Age Wave
Age Wave is the nationâs foremost thought leader on population aging and its profound business, social, healthcare, financial, workforce and cultural implications. Under the leadership of founder and CEO, Dr. Ken Dychtwald, Age Wave has developed a unique understanding of the body, mind, hopes and demands of new generations of maturing consumers and workers and their expectations, attitudes, hopes, and fears regarding retirement. Since its inception in 1986, the firm has provided breakthrough research, compelling presentations, award-winning communications, education and training systems and results-driven marketing and consulting initiatives to over half the Fortune 500. For more information, please visit www.agewave.com. Age Wave is not affiliated with Bank of America Corporation.