Being bearish on the market can be extremely expensive over time 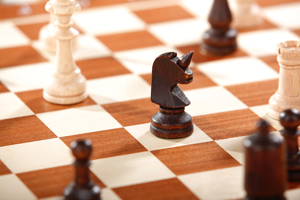 Mr. Merk is President and Chief Investment Officer, Merk Investments, and manager of the Merk Funds. Reprinted with permission. Connect with him by e-mail.

By definition, Black Swans in financial markets are rare, extreme events. How do you survive, possibly even thrive when the unthinkable happens? Letâs evaluate the pros and cons of some Black Swan mitigation strategies: Nassim Talebâs best-selling âBlack Swanâ author has in the past suggested that heâs constantly taking small losses in hopes of a big payoff some-day.

The Pro: if the payoff comes, you have bragging rights;
The Cons: as the ten+ year bull market preceding the market panic this year has shown, being bearish on the market can be extremely expensive over time. Many have had to throw in the towel on so-called negative carry strategies (strategies that cost a little bit as time moves on, in hope of larger gains down the road). The other big challenge with any bet against âthe marketâ is that we donât necessarily know which market will provide a large payoff in a decline. Itâs easily said to have a bearish bet, but when it comes to implementing it, one has to choose a specific instrument; no one guarantees that this specific instrument will actually perform as intended when the time comes. The dislocations in March suggest that a lot of instruments âmisbehaved.â

This doesnât mean taking positions on bad outcomes is a loserâs game. When markets price in a goldilocks economy, there may well be certain types of insurance that are attractively priced. Incidentally, I notice that we have not removed a reference to a âlower rates strategyâ from our website, where we offered to implement just that for those who would listen; alas, few act when the price is right, and right now, rates canât go much lower, so no, the price is not right.

An anecdote illustrates the tough choices: Calpers, the California pension fund with over $370 billion in assets according to Blomberg was in the news for having sold out of a hedge fund Mr. Taleb is affiliated with before the market rout. Calpers CIO Ben Meng, who used to teach risk management classes, defended the choice on a webcast: âWe chose better alternatives for market drawdown protection and they turned out to be better alternatives in the recent market rout.â Mr. Taleb, in turn did what he appears to be best at: he suggested he, not others, understand statistics. (Source: Bloomberg 4/17/2020 coverage).

Ultimately, if you donât want to be wiped out by a Black Swan event, avoid using leverage and only invest in assets that are positive carry, long-duration assets. At least you can âonlyâ lose 100% that way. Odds are, though, that if you have a diversified equity portfolio, not everything will go to zero. Notice that disclaimer: âodds areâ?!

As Iâm writing this, the May contract for WTI oil is trading at minus $40. Oil may have been around for thousands of years, but anyone buying oil usually buys a contract with specific terms. And if you bought oil for May delivery in Cushing, the commonly cited WTI Crude contract, you would have to pay for storage until you pick it up, hence youâre willing to pay only a negative amount to actually accept the oil (before storage cost). A common trade to ârollâ the contract to a forward maturity costs an arm and a leg as the forward prices are substantially higher; that is, it is not a âpositive carryâ trade. We are not advocating the trading of derivatives, only highlight what some may call a Black Swan event â certainly a historically unprecedented one â in the oil market.

As an example, there are mundane ones, such as the breakdown of interest rate parity. Theoretically, it should be equivalent to buying a foreign currency, hold the cash (earning interest); versus buying forward contract and earning interest domestically. Except that since Dodd-Frank and equivalent regulations around the world have passed, these arbitrage opportunities have not been taken off the table. This may quite possibly be because those with the balance sheets to do so are prevented by regulation these days. And for others, they donât have low enough borrowing costs to make it profitable; and to pursue it without leverage would tie up a lot of capital given miniscule profit potential. And letâs not forget that a forward currency contract contains counter-party risk; as such, the arbitrage opportunity does have some small-print risk (which only matter if there were, well, a Black Swan).

Thereâs a breed of financial players that thrive on financial arbitrage. Take the market makers that make a market in your favorite exchange traded products. While exchange rules are stacked in the market makersâ favor,1 many market makers donât seek to make an almost guaranteed profit on each transaction, but only on average. That is, they make a tighter market than their competitors and make it up through a large volume of transactions that are, on average, profitable.

This sort of arbitrage is an extremely competitive space (think high frequency traders) requiring substantial technology investment that most mortals cannot participate in.

Thereâs a lot to be learned from these players, though:

Whereas market makers are risk managers, statistical arbitrageurs are risk takers. Statistical arbitrage thrives when things are temporarily out-of-whack (i.e. correlations) and you bet on them converging to their statistical long-term mean. For the most part, itâs our understanding that those strategies were the ones getting hit the hardest because markets kept cascading in the same direction rather than normalizing. Instead, momentum-based strategies did very well. A large hedge fund was in the news for excellent Q1 performance, but whereas the media attributed gains to statistical arbitrage, we believe it was probably more likely to be pure arbitrage based on having an edge on faster information (high-frequency trading based on different pricing on different venues).

When it comes to plan for the next Black Swans, you almost certainly are fighting the last war. Did you think a global pandemic would derail markets, and did you have any idea how it would / will play out? You can look for warning signs, but I caution that you want to be humble enough to recognize that you may be looking in the wrong places. With that caveat out of the way, here are a few examples of risk parameters to look out for. In the example below, I focus on the currency markets, but similar monitors can be built for other markets:

Aside from looking at market-based risks, it may be prudent to look at risks in oneâs portfolio. This is a broader discussion for another day; just note that many models are based on normal distributions, and that in a market rout, distributions are anything but normal. Any monitoring (and risk forecasting) tool must be sufficiently humble to take into account the limitations of the assumptions put into it.

Just as you do fire and earthquake drills to be better prepared when disaster strikes, you may be better equipped to deal with the next Black Swan when you monitor portfolio risk and have a plan. The plan is crucial, as when the earthquake hits, you need to act fast; sure, you will adjust your action based on the reality that moment, but at least youâve thought about the options beforehand. Similarly, consider having a plan for your investment portfolio. When events and news are most irritating, it may be helpful to take a deep breath and think about your options. A deep breath, yes, but you may not have the time to convene committees or ponder too long about what action to take.

But make no mistake about it: good risk management may well mean leaving upside return on the table.

Reach out to us if you want to see whether we can help you manage risk. Please sign up for our free Merk Insights, explore our chartbooks and follow me on LinkedIn, Twitter or Facebook.

1. Market makers receive a ârebateâ on shares in which they make a market, often only a fraction of a cent; it provides market makers an incentive to keep spreads tight. The exchange takes this rebate from non-market maker transaction fees, or from fees paid by the sponsor of the security.
Subscribe To Merk Insights Share

This report was prepared by Merk Investments LLC, and reflects the current opinion of the authors. It is based upon sources and data believed to be accurate and reliable. Merk Investments LLC makes no representation regarding the advisability of investing in the products herein. Opinions and forward-looking statements expressed are subject to change without notice. This information does not constitute investment advice and is not intended as an endorsement of any specific investment. The information contained herein is general in nature and is provided solely for educational and informational purposes. The information provided does not constitute legal, financial or tax advice. You should obtain advice specific to your circumstances from your own legal, financial and tax advisors. Past performance is no guarantee of future results.