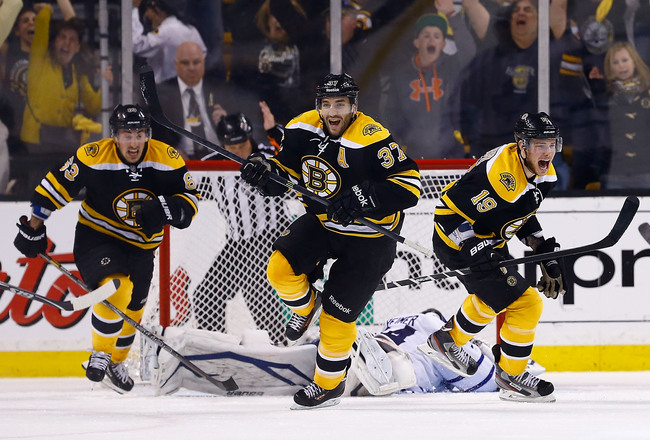 Regardless of whether they are watching the game or not, a healthy majority of hockey fans think the Rangers donât stand a chance against the Bruins. Nearly two-thirds, 62 percent, said the Bruins will beat the Rangers in this historic match-up between two of the National Hockey Leagueâs (NHLÂ®) Original Sixâ ¢ teams. Only 20 percent believe the Rangers will win.

And what if there was hockey on Thanksgiving Day? If it was a rivalry game, nearly half, 48 percent, of all hockey fans are willing to hold off on the turkey, mashed potatoes and gravy if they had a chance to see their favorite NHL team play live.

Discoverâs survey asked hockey fans various questions related to rivalries, and fans definitely feel rivalry games are more significant than non-rivalry games. Seventy-percent of hockey fans are either somewhat or much more likely to watch or attend a rivalry game versus a non-rivalry game. Only 25 percent said they would watch a game regardless of the matchup. Other results about rivalries include:

About the Survey
This survey of 800 National Hockey League Fans was conducted on Nov. 12-14, 2013 by Rasmussen Reports. Interviews were conducted both over the phone and with an online panel.

About Discover
Discover Financial Services (NYSE: DFS) is a direct banking and payment services company with one of the most recognized brands in U.S. financial services. Since its inception in 1986, the company has become one of the largest card issuers in the United States. The company issues the Discover card, America’s cash rewards pioneer, and offers home loans, private student loans, personal loans, home equity loans, checking and savings accounts, certificates of deposit and money market accounts through its direct banking business. It operates the Discover Network, with millions of merchant and cash access locations; PULSE, one of the nation’s leading ATM/debit networks; and Diners Club International, a global payments network with acceptance in more than 185 countries and territories. For more information, visit www.discover.com/company.