Can Investing in Crypto Mining Protect You? 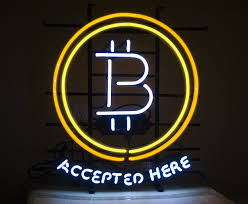 March 27, 2018 — After skyrocketing to nearly $20,000 in December, bitcoin plunged in February to below $6,000. Since then, the market saw some recoveries, but it’s still far away from its massive winter highs, hovering around $8,000 at present. On the other hand, just one year ago bitcoin was trading in the range of $1,100â$1,300. Even at $8,000, the longer-term trend is still upward. Wild swings in prices like these are a boon for aggressive traders willing to be âonâ 24/7. But what about those who want to invest in bitcoin without the sleepless nights?

According to some experts, bitcoinâs tumble could be due to uncertainty surrounding looming regulations combined with Googleâs current ban on advertisements for cryptocurrencies and initial coin offerings â a popular way for blockchain- and cryptocurrency-related startups to fundraise.

Bitcoinâs current instability is particularly enervating for inexperienced traders and investors, who are very sensitive to price drops. More seasoned traders know fluctuations can happen in a young market and believe in long-term value.

For just this reason the crypto community has embraced the term âhodlâ or âhodling.â For the uninitiated, âhodlâ mirrors a feverish investor’s misspelling of the word âholdâ and describes a strategy of staying invested over the long term without losing oneâs nerve and bailing when prices plunge. âHodlingâ requires patience and faith in long-term value. Since bitcoin price fluctuations resemble dynamic systems where the flutter of a proverbial butterflyâs wings in one place can cause a storm somewhere else, âhodlingâ might be the best means to profit from investing in cryptocurrency.

Â Look away
Bitcoin’s volatility is part of what makes it irresistible, said Willemien Kets, associate professor at the University of Oxford’s Department of Economics.

“We know from social psychology that the best way to get people hooked on something is to give them a reward on a very uncertain time frame,” Kets said.

Don’t fall into the trap. Checking the value of cryptocurrencies constantly is unproductive, Kets said.

“You can’t do anything about the price movement itself,” she said.

Instead she recommends people decide on a price point at which they’ll sell â say, if the asset drops below $10,000 â and set their phone to alert them at that threshold.

Buy to hold
When people buy and sell in a dizzied cycle, they miss the bigger cryptocurrencies picture and the blockchain technology on which they are traded, said financial advisor Ric Edelman, founder and executive chairman of Edelman Financial Services.

For the uninitiated, âhodlâ mirrors a feverish investor's misspelling of the word âholdâ and describes a strategy of staying invested over the long term without losing oneâs nerve and bailing when prices plunge

“There’s no question that digital currencies are the future,” Edelman said. “You should be prepared to own it for years.”

Edelman acknowledged, however, that such ups and downs are intolerable for some people.

“If owning this asset is causing you to stare at the ceiling at night, you shouldn’t own it,” he said. “There’s more to life than money.”

Of course, if one is a newbie in the crypto world, the practice of âhodlingâ can be quite nerve wracking. Investing in crypto mining, for example, can be easier to bear, as it can provide a âcushion effectâ to cryptocurrency price fluctuations. Even if the price of bitcoin drops, the right investment in crypto mining can give you output in cryptocurrency which in the very least amortises the decreased value of the cryptocurrency. In the long run, a strategy of âhodlâ plus investment into crypto mining can provide more stable returns and peace of mind than reacting to every increase and decrease.

Miner One is one of the crypto mining companies that impressed industry experts with a solid team of data center veterans, in-depth reporting on progress in securing facilities and top-tier mining equipment, along with its focus on responsible mining by choosing renewable energy power providers that offer cheap electricity rates in sub-Arctic LuleÃ¥, Sweden. Investing into Miner One requires no technical knowledge of bitcoin mining and can serve as a cushion during downturns.

âFor example, if bitcoin were to drop to around $3,200 this year and as low as $400 after three years, mining difficulty would decrease significantly and, over that 36-month period, can generate a 23â24 percent return on your investment,â says Pranas Slusnys, CEO of Miner One. If you were holding it, you would lose. But your investment in crypto mining would be a winner by any measure.

In summary, those who are anxious about cryptocurrency price fluctuations but ultimately believe in the technology behind it and that the young market will grow, despite ups and downs, should not merely âhodlâ, but also make an educated investment into crypto mining. Over the long run, such a strategy can provide greater stability and good returns in a volatile market.

Miner One is a cutting-edge, crowdfunded cryptocurrency mining operation built and managed by a team of data centre industry experts and professionals on behalf of the Miner One Community. To provide maximum mining efficiency, Miner One obtains cutting-edge technology at wholesale prices and electricity at ultra-low industrial rates. The output is shared by the Community. Find out more: www.minerone.io