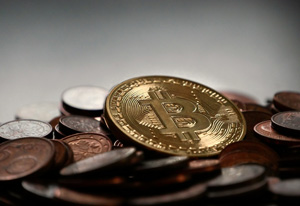 PALM BEACH GARDENS, Fla., Feb. 5, 2018 /PRNewswire/ — In the midst of a heated controversy over its C+ grade for Bitcoin, Weiss Ratings responds today to industry outrage with a 14-page report revealing key factors and data behind its rating.

One industry leader tweeted: “Any rating that doesn’t give Bitcoin an A has some screws loose.” Others said the Bitcoin’s C+ is “laughable.”

“For investors,” responds Weiss Ratings founder Martin D. Weiss, PhD, “an A rated crypto would be one that rarely crashes, and right now, there’s no such thing. But we do understand where developers are coming from. They tell us they don’t care about market fluctuations. They feel our ratings should reflect strictly the quality of their work and its relative success in the real world.”

Aiming to address both audiences, the Weiss model combines four sub-models: Risk and Reward, adapted from its stock and ETF ratings, plus Fundamentals and Technology, which are unique to cryptocurrencies.

Here’s how Bitcoin performs on each:

Risk and Reward
Bitcoin investors have recently made less than altcoin investors, while continuing to experience the risk of extreme volatility.

Fundamentals
Due credit is given for adoption and security, but Bitcoin loses points on network congestion with just four transactions per second and high fees of about $10 per transaction. In addition, the top five miners control some 70% of total hashpower, also a negative.

Technology
Bitcoin lacks the governance needed for prompt upgrades and is falling behind in a rapidly evolving industry.

Another industry criticism is that Weiss overweights price volatility. “Not so,” he says. “Our model accurately reflects an inconvenient truth about the market’s extreme swings. But our ratings are continually updated. If prices stabilize or speed enhancements are rolled out successfully, an upgrade is possible.”

Excerpts from the report: Bitcoin Rating Controversy: Why we give it a C+

Â Network Security Sub-Index
To evaluate network security for Bitcoin and other Proof of Work blockchains, one key measure we use is the total hashrate of the network, estimating the corresponding energy consumption. The reasoning is that, in order to attack the network, a malicious actor would need to expend a similar amount of electricity. All else being equal, the more electricity the network uses as a whole, the safer it is from external attack.

The strength of Proof of Work is that anyone seeking to create a block needs to consume electricity, performing intense computational work in order to validate the block. This greatly discourages miners from breaking the rules of consensus and dissuades outside attackers from altering the state of the network. They would need to invest vast sums on hardware and electricity just for the remote chance of altering the blockchain.

Bitcoin clearly outperforms on this metric. More electricity is spent on Bitcoin per year than consumed in the entire country of Ireland. This is a fact that helps make the Bitcoin blockchain an ultimate store of value.

an A rated crypto would be one that rarely crashes, and right now, there's no such thing

Network Capacity Sub-Index
In order for cryptocurrencies to gain and maintain mainstream adoption, they need high throughput â on the order of hundreds of thousands of transactions per second. The transactions also need to be cheap. Thus, one of the metrics in our Network Capacity Index looks at the number of transactions in the blockchain over a recent period, along with the total fees paid.

To evaluate how the blockchain is performing in real time, the Fundamental Index uses metrics of actual transactions going through the blockchain â not the theoretical maximum under ideal conditions. For instance, Lightning Network, though live, is still distant from broad adoption, as the developers themselves warn not to over-rely on a solution that is still experimental.

Currently, Bitcoin is holding its own with 250,000 to 300,000 transactions daily, orders of magnitude greater than most other cryptocurrencies. We give it due credit for this achievement.

But this comes at a high cost â the highest fees in the entire space, averaging approximately US $10 per transaction.

Overall, Bitcoinâs network capacity performance is not bad. Nor is it very good. The objective data, along with the real world experience of users, indicate that the network is saturated and has been for some time. This is leading to a rollback in adoption by merchants and payment services that previously accepted Bitcoin. The reasons they consistently give â high fees and slow confirmation times â validate the findings of our Network Capacity Index.

Developer Participation Sub-Index
This uses a variety of sources and metrics to evaluate the developer community surrounding each cryptocurrency. Bitcoin earns points here as well, thanks to a loyal, active, and thriving developer community.

History Sub-Index
Every cryptocurrency is experimental, but in varying degrees. One of the ways to assess this aspect is to measure how long itâs been around. All else being equal, the extent that it survives the test of time is seen as one indication that underlying protocols and security are up to the task of supporting a future global payment network.

As the first cryptocurrency created, Bitcoin gets points for History. Its advocates can make the strongest claim that itâs been through the ringer and survived.

In other words, cryptocurrencies were designed to be money that anyone can use anywhere without fear of censorship or repression. Bitcoin was the first such cryptocurrency, defined by its founder(s), âSatoshi Nakamoto,â as a peer-to-peer electronic cash system.

The Weiss Ratings report, “Bitcoin Rating Controversy: Why We Give It a C+,” is now available online. Those wishing to subscribe can visit www.weisscryptocurrencyratings.com.