Making employer plans possible for businesses of all sizes 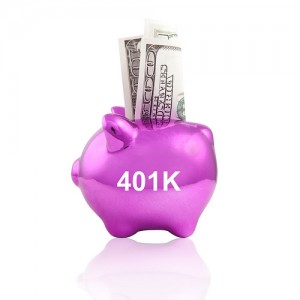 A bipartisan bill introduced by the leaders of the Senate Finance Committee would increase the limits for contributions to retirement savings plans, establish more flexible multiple employer plans, and allow savers to form pooled employer plans.

The Retirement Enhancement and Savings Act of 2018 (S. 2526) â sponsored by Sens. Orrin Hatch (R-UT), the chairman of the Senate Finance Committee, and Ron Wyden (D-OR), the committeeâs ranking member â will help workers better save for retirement.

âAuthorizing multiple employer plans would let smaller employers join together to sponsor one retirement plan for their workers, making it more feasible for businesses of all sizes to offer retirement plans and increasing access for millions of Americans wishing to save for retirement,â Hatch said.

The Senate Finance Committee voted unanimously to advance the bill.

âWorking Americans are struggling to set money aside for retirement,â Wyden said. âThis bipartisan bill gives employers incentives to make it easier for their employees to save. It also allows seniors over 70 to make tax-free contributions to their IRA. These types of provisions are key to addressing our countryâs savings crisis.â

Among its provisions, the bill would allow two or more unrelated employers to join a pooled employer plan (PEP), which would require pooled plan provider to administer it and be the fiduciary.

It also provides bigger tax credits for small businesses looking to start up a pension plan or add an automatic enrollment feature to a plan.

Several of the leading retirement trade associations applauded the bill.

âAmerican workers need greater access to employer-sponsored 401(k) plans that will help them save for retirement. They need information about their savings and access to lifetime income solutions, like annuities, that will turn their savings into a âpersonal pension.â RESA, the Retirement Enhancement and Savings Act, addresses these and other needs,â American Council of Life Insurers (ACLI) President and CEO Dirk Kempthorne said.

The bill was first introduced and approved by Senate Finance Committee in September 2016 but was never voted on in Congress.

âWhile many Americans have greatly benefitted from our private-sector retirement system, there is always room for improvement. These improvements to the system wisely address the emerging needs of workers and plan sponsors,â Kempthorne said. âWith 10,000 baby boomers reaching age 65 daily and many of them needing assistance in boosting their retirement security, the need for Congress to include RESA in the omnibus budget package is clear.â

âIRI commends Chairman Orrin Hatch (R-UT) and Ranking Member Ron Wyden (D-OR) for the leadership they have displayed in reintroducing the Retirement Enhancement and Savings Act (RESA),â IRI Senior Vice President and General Counsel Lee Covington said. âWe are optimistic this comprehensive package of legislation to modernize private-sector retirement savings options, many of which were included in IRIâs 2018 Retirement Security Blueprint, will advance quickly for consideration by the Senate. If adopted, it will go a long way towards helping Americans address the challenges and obstacles they face in saving for retirement by offering common-sense measures which will help them as they plan and save for their retirement.â

Covington said RESA will expand opportunities for workers to save through a workplace retirement plan.

âIRI has long-endorsed the individual measures included in RESA, as all these measures have previously garnered broad bipartisan support, demonstrated by the Senate Finance Committeeâs unanimous adoption of this bill during the 114th Congress as well as by introduction of stand-alone bipartisan sponsored bills in the House. IRI calls on the Senate to expeditiously act on this bill,â Covington said.