Before investing in digital assets, understand that scammers are also making huge profits from them 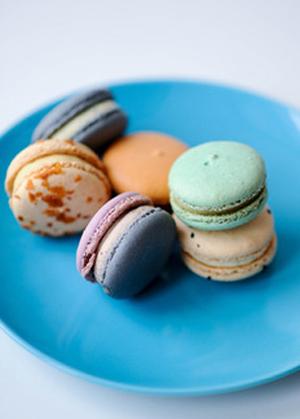 Mr. Carlton CEO and Founder the cryptocurrency firm Pink Panda Holdings, is an advocate for the mainstream adoption of digital assets. Visit pinkpanda.finance.

Itâs easy to get excited about investing in cryptocurrency. Social media is flooded with stories about ordinary people who became millionaires because they bought a coin early and ârode the rocket.â And there are plenty of posts promoting new altcoins that cost pennies now but are âpoised to be the next Bitcoinâ.

Before you trade in your life savings for the next big coin, remember that scammers are making just as much money in the crypto arena as investors. And pump-and-dump schemes, which prey on those looking to get in early and make quick money, are one of scammersâ most popular schemes.

The term âpump-and-dumpâ comes from the stock world. It is used to describe a scheme in which rumors or âfake newsâ are used to artificially inflate, or pump up, the price of a stock so that those who bought the stock at a low price can sell it off, or dump it, when the price starts to climb.

âRug pullâ is a term that is often used in the world of cryptocurrency to describe a âpump-and-dumpâ scheme. In fact, it is common to see people use the term ârug proofâ to describe a new coin offering, indicating that they believe there are some circumstances or protections in place that make it less likely the coin is a scam.

How much money are scammers making on pump-and-dump? A recent report shows it cost unwary investors $2.8 billion in 2021. And here is the scary part: because of the lack of clear regulation in the crypto industry, pump-and-dump schemes are not as definitively fraudulent like they are in the world of stock trading. Victims of pump-and-dump scams have little recourse.

The Emergence Of AltCoins

Typically, a pump-and-dump scheme involving crypto starts with the introduction of a new coin. New coins hit crypto exchanges regularly. Some counts place the number of altcoins, which is a term commonly used to describe cryptocurrency other than Bitcoin, at more than 10,000.

Because the costs associated with introducing a new type of coin is minimal, scammers can launch a coin and obtain thousands of them for very little money. Then they talk up the coins, sometimes recruiting known influencers to help. If the âpumpâ is effective, the coinâs value increases and the scammers quickly sell their holdings. Because they own thousands, they only need to see a little bit of growth to make a profit. And once they sell out, the coinâs value plummets, resulting in huge losses for the remaining coin holders.

Squid Coin is a recent example of a crypto pump-and-dump. The coin seemed designed to take advantage of the hype surrounding the Netflix series Squid Game. Comments on Twitter in October 2021 suggested that the coin, which had already grown in value by more than 1,000 percent, would most likely continue its climb.

Pump-and-dump schemes, which prey on those looking to get in early and make quick money, are one of scammersâ most popular schemes...

Growing excitement about Squid Coin drove the price from less than a dollar to almost $3,000 in a matter of days. Then, on November 1, 2022, the creators of Squid Coin cashed in their coins for a profit of more than $3 million. In less than an hour, the value of the coin dropped to less than one cent.

While pump-and-dumps are common and most likely will continue to be, they are not difficult to avoid. The best way to steer clear of them is to stay away from altcoins. The âpump,â or the promotion that results in a meteoric rise of a coinâs value, is easy to do with new coins. With Bitcoin or some of the other major coins on the market, pumping is much more challenging to pull off.

Doing some research is another step that should be taken to avoid being a victim of a pump-and-dump. Find out more about the coin. Have the creators issued a white paper? Does the coin have a certain utility that justifies its growth? Or is there really nothing about the coin other than the word of a few influencers that would indicate it will be the next Bitcoin?

Part of the beauty of the world of decentralized finance is that it focuses on community. The Pink Panda token is community governed and community driven, and my company helps steward the tokenâs utility and development. It is built for a community that believes that crypto can have a profound social impact. Those who have invested in the coin support that vision and they know it is a long-term vision.

Connecting with a coinâs community can help to assess its legitimacy. If a coin has no community or a community that seems wholly focused on the next âpumpâ, it could indicate that it was not designed to be around for long.

Pump-and-dump schemes depend on âFOMOâ. When the fear of missing out drives an investor to buy the hype and buy the coin, the scammers win. Avoiding the temptation, and the subsequent loss, can be as simple as having a long-term crypto investment strategy and sticking to it. Make sure that your decision to buy supports your goals, rather than the goal of the person who is hyping the next altcoin.

Finally, crypto investors must realize that the lack of clarity in regulation in the crypto industry means that they are responsible for protecting themselves. Pump-and-dump scams are common. And they represent only one-third of the crypto scams being carried out. If you are looking for a return on your investment and you are not willing to be diligent, careful, and patient, investing in crypto might not be for you.

A Note About Digital Assets

Digital Assets are highly speculative and volatile, can become illiquid at any time, and purchasing digital assets can result in losing some, or all of the asset value. None of this should be construed as financial advice, I am not a financial advisor.