Better Care Reconciliation Act Could Cause Loss of 1.5 Million Jobs by 2026

Almost every state will see fewer jobs and weaker economies 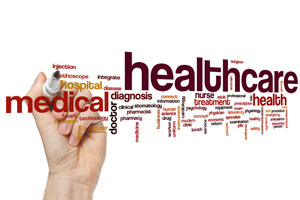 New York, NY, July 10, 2017–If it becomes law, the draft Better Care Reconcilliation Act (BCRA) proposed by the U.S. Senate could cause an estimated 1.45 million jobs to disappear by 2026 and trigger an economic downturn in all but one state, according to a report published today by Leighton Ku and colleagues at George Washington Universityâs Milken Institute School of Public Health and The Commonwealth Fund.

The projected overall job losses from the BCRA are about 50 percent greater than the nearly one million estimated for the House-passed American Health Care Act by Ku and colleagues in an earlier report.

The report, The Better Care Reconciliation Act: Economic and Employment Consequences for States, shows the impact of the BCRA on statesâ economies and updates prior research that looked at the likely effects of repealing the Affordable Care Act (ACA) and implementing the U.S. House of Representativesâ American Health Care Act (AHCA). The authors estimate that if the BCRA is enacted in its current form, gross state productsâan economic measure akin to gross domestic productâcould fall by $162 billion by 2026, and state business output could fall by $265 billion.

... the Senate bill has the potential to be more damaging to statesâ economies

âAlthough the Congressional Budget Office found that both the Senate and House bills had similar effects in increasing the number of uninsured, our analysis indicates that the Sentate bill has the potential to be more damaging to statesâ economies,â said Leighton Ku, Ph.D., Director of the Center for Health Policy Research at the Milken Institute School of Public Health and the studyâs lead author.

According to the report, the job losses and economic slowdown would not happen everywhere right away, since the tax repeals in the law would lead to an initial period of economic growth and job creation in some states and sectors. However, job loss in the health care sector would be immediate, with 30,000 jobs lost in 2018, deepening to 919,000 health jobs lost by 2026.

âTwenty-two million Americans will become uninsured under the Better Care Reconciliation Act, and now this research makes it clear that people will also be at risk of losing their jobs and that statesâ economies will suffer,â said Sara Collins, Vice President for Health Care Coverage and Access at the Commonwealth Fund. âInstead of taking away coverage, we should be building on the Affordable Care Actâs successes and improving it to ensure all Americans can get the health care they need.â