This research is compiled and reported by WalletHub and reprinted here with permission. Visit wallethub.com 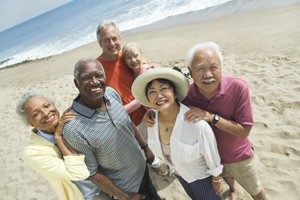 With nearly a third of all nonretirees having no retirement savings or pension because many simply cannot afford to contribute to any type of plan, the personal finance website WalletHub conducted an in-depth analysis that identifies 2016âs Best & Worst States to Retire.

To help retirees find a retirement-friendly home that wonât break the bank, WalletHubâs analysts compared the 50 states and the District of Columbia across 24 key metrics.

Our data set ranges from the adjusted cost of living to the number of various entertainment options per capita to public-hospital rankings.

End of the line… but not the end of financial security

Retirement might be the end of the line, but it doesnât have to be the end of financial security or life satisfaction. For many of us, our primary concern with retirement is timing, which often coincides with the age at which we become eligible to receive Social Security or pension benefits. Hopefully the choice will be ours and not dictated by our circumstances â the unfortunate case for nearly a third of nonretirees who havenât put away a single penny for retirement, though not necessarily through any fault of their own.

But in addition to when you want to retire, you might want to ask yourself where. That can be an awfully difficult question to answer if you havenât adequately planned â or been able to plan â for the rest of your life. Even in the most affordable areas of the U.S., retirees often cannot rely on their Social Security or pension checks alone to cover all of their living expenses. Social Security benefits increase progressively with local inflation, but they replace only about 40 percent of the amount you earned if you were an average worker, according to the Center on Budget and Policy Priorities.

If retirement is still a big question mark for you because of finances, we recommend you consider relocating to a retirement-friendly state â one that will let you keep more money in your pocket without drastically modifying your lifestyle. WalletHubâs analysts compared the 50 states and the District of Columbia across 24 key metrics to help you find that permanent, and affordable, place to call home when youâre ready to leave the workforce.

Of course, affordability shouldnât be your only priority in retirement, which is why our analysis also explores health-related factors and overall quality of life. SeeÂ the results below…

For the full report and to see where your state ranks, please visit here.