Where Is The Best Place To Retire?

Not all Americans can look forward to a relaxing retirement

New research from Wallethub.com, the consumer credit firm that offers credit scores and full credit reports that are updated on a daily basis. Reprinted with permission. Visit www.wallethub.com 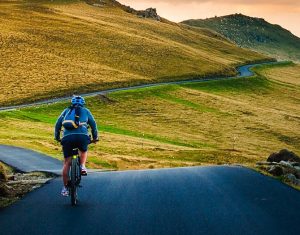 After putting in decades of hard work, we naturally expect to have financial security in our golden years. But not all Americans can look forward to a relaxing retirement. According to the Employee Benefit Research Instituteâs 2019 Retirement Confidence Survey, two in three workers reported feeling at least somewhat confident that they will have enough money to retire comfortably, but only 23 percent said they were âvery confident.â

If so many American workers are worried about their financial future, what other options provide a pathway to a comfortable retirement? For some, the only solution is to keep working. According to Gallup polling, workers in 2019 plan to retire at age 65 on average, compared to age 60 in 1995. The alternative? Relocate to an area where you can stretch your dollar without sacrificing your lifestyle.

To help Americans plan an affordable retirement while maintaining the best quality of life, WalletHub compared the retiree-friendliness of more than 180 U.S. cities across 46 key metrics. Our data set ranges from cost of living to retired taxpayer-friendliness to availability of recreational activities. Read on for our findings, expert retirement advice and a full description of our methodology.With only 23 percent of Americans reporting that they are âvery confidentâ they will have enough money for retirement, the personal-finance website WalletHub today released its report on 2019âs Best & Worst Places to Retire as well as accompanying videos.

And to help plan for a comfortable retirement without breaking the bank, the WalletHub study compared 46 key measures of affordability, quality of life, health care and availability of recreational activities. The data set ranges from cost of living to retired taxpayer-friendliness to share of the population aged 65 and older.

Pearl City, Hawaii, has the highest share of the population aged 65 and older, 23.30 percent, which is 3.2 times higher than in Fontana, California, the city with the lowest at 7.20 percent.

Laredo, Texas, has the lowest adjusted cost-of-living index for retirees, 76.28, which is 2.6 times lower than in San Francisco, the city with the highest at 195.49.

Juneau, Alaska, has the highest share of workers aged 65 and older, 28.08 percent, which is 2.8 times higher than in Detroit, the city with the lowest at 10.11 percent.

To view the full report and your cityâs rank, please visit here.