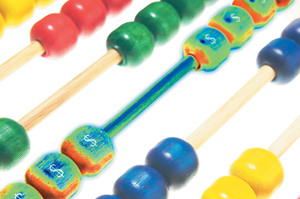 Dr. Riggs is the author of Build Wealth & Spend It All, Live the Life You Earned, which shows how almost anyone can use three basic concepts to build wealth regardless of their age. While establishing and managing his private practice, he developed and managed his own commercial real estate portfolio. Visit, www.buildwealthandspenditall.com.
Part II in a 3-part series

It is not the strongest or the most intelligent of the species that survive, but the ones most responsive to change. â Charles Darwin

Economic cycles were first recorded in 1349 in Florence, Italy. Sir Isaac Newton (as in âgravityâ) lost his fortune when he failed to recognize the 1720 South Sea Company financial bubble. There have been over 300 asset bubbles since 1720. But you donât need to be a genius to avoid getting caught up in an economic cycle. By always being aware of where you are in the economic cycle, you can both protect and grow your savings.

Economic cycles, often referred to as âbooms and busts,â are recurring macroeconomic events with high and low inflection points triggered by a change in macroeconomic, demographic or geopolitical events. The ever-changing cycles present both crisis and opportunity. It is a predictable model based on the theory of âreversion to the mean.â

Reversion to the mean

The most common mistake even the best economists make is to apply linear thought to nonlinear, cyclical events. When the stock market was booming in 1999, the linear thinkers were talking about the ânew metricsâ and when the waitresses at the local IHOP were making money flipping houses in 2007, the mortgage brokers were talking about the ânew paradigmâ as they extrapolated the cyclical upward curve to an endless, linear, climbing forecast. Even at the bottom of the Great Recession in March 2009, Wall Street bond fund sages coined the phrase âthe new normal,â implying the economic recovery was forever going to be linear and almost horizontal. Linear thought only leads people to believe that the good times will never stop and the bad times will never end.

Hockey star Wayne Gretzky often said: âI skated to where the puck was going, not to where it was

Hockey star Wayne Gretzky often said: âI skated to where the puck was going, not to where it was.â There are four reliable and readily accessible economic indicators that will help you to know where the economy is going. It is almost impossible to determine the actual inflection points (the top or bottom of the curves), but it is critical to have a clear understanding of which side of the curve you are on, which inflection point you are approaching and how much time you have left.

Whether you are investing in stocks, bonds or real estate, you can benefit from these cyclical changes by using your understanding of the economic cycle as a cornerstone in your investment decision-making process.

Changing economic events should never be a surprise to the student of economic cycles. Tape this economic cycle illustration (fig. 2.5) to your wall and mark where you currently are in the cycle. By always knowing where you are in the cycle, you can anticipate and benefit from future economic, cyclical changes and build your wealth by skating to where the puck is going.