To Beat the Stock Market, Try Investing in Companies That Invest in Workers' Health

A distinct correlation between Koop-recognition and stock valuation 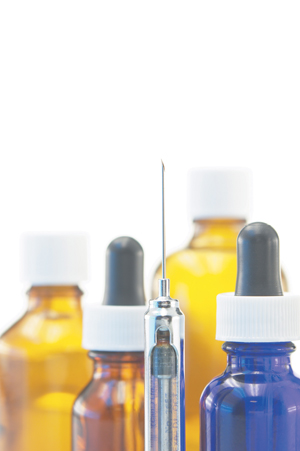 WASHINGTON, Jan. 6, 2016 /PRNewswire-USNewswire/ — Looking for a healthier investment strategy? A new study by The Health Project (THP) finds that a portfolio of stock in companies that have won the prestigious C. Everett Koop National Health Award — recognizing effective workplace health promotion programs — has significantly outperformed the Standard & Poor’s (S&P) 500 Index over the past 14 years.

Since 2000, investing in Koop Award winners would have produced more than double the returns of the S&P 500, according to the new research led by THP President and CEO Dr. Ron Goetzel.

According to the researchers, “Companies that earned recognition by winning the Koop Award had higher stock valuation — an affirmation of business success by Wall Street investors — compared to the ‘average’ S&P 500 Index companies.” The study appears in the January issue of the Journal of Occupational and Environmental Medicine (JOEM), the official publication of the American College of Occupational and Environmental Medicine. The full-text of the article is available free via open access from JOEM.

Dr. Goetzel and colleagues analyzed stock performance data on 26 publicly traded companies that won the Koop Award between 1999 and 2014. Presented annually by THP, the Koop Awards recognize companies whose wellness programs have led to documented health behavior change and risk reduction plus cost savings. An investment strategy guided by the Koop Awards — “rebalanced” each year to reflect purchases of stock from new award winners — was compared to a strategy of investing in S&P 500 companies during the same period.

The Koop Award-winning companies did better on other measures of stock performance, as well. They produced dividends of 2.31 percent, compared to 1.95 percent for the S&P 500 companies. The price-to-earnings ratio was lower than the overall S&P 500 — 17.31 versus 18.27 — meaning that the performance of the Koop Award winners was not based on an overvaluing of the companies’ stock.

Since 2000, investing in Koop Award winners would have produced more than double the returns of the S&P 500

Dr. Goetzel and coauthors emphasize that their results don’t prove that workplace wellness programs lead to better business performance — indeed, the reverse may be true or some other factor may drive both investing in health promotion and delivering better financial returns. But the study “supports prior and ongoing research demonstrating the business value of investing in exemplary workplace health promotion and health protection programs.”

Two additional studies that pulled from different populations and used slightly differing methodologies and timeframes also support the finding that financially sound, high-performing companies invest in employee health. These studies, one conducted by the Health Enhancement Research Organization (HERO) and one by the American College of Occupational and Environmental Medicine (ACOEM) with funding from the UL Integrated Health and Safety Institute, were also published in the January issue of JOEM. The research methodologies for the three studies were developed by Dr. Ray Fabius, co-founder of HealthNEXT. Fabius is also a coauthor on the three papers.

Dr. Goetzel and colleagues conclude, “Given the many changes affecting population health and healthcare delivery, and the role employers can play in improving the health and well-being of people at work, there may come a day when recognition of exemplary workplace health promotion programs, like the Koop Award, may signal a clear ‘buy’ recommendation for Wall Street investors.”

The Health Project has been awarding annual prizes to organizations with proven health improvement and cost saving programs since 1994. More than 50 winners have received the prestigious award since the organization was established, with Dr. C. Everett Koop, the former Surgeon General of the United States, as its honorary chairperson. Although Dr. Koop passed away in 2013 at the age of 96, his legacy and contributions to public health and health promotion live on.

Information about past C. Everett Koop National Health Award winners and their health promotion programs is available free at www.TheHealthProject.com. Details about the 2015 winners and the award application process are now available on the site.

About The Health Project (THP)
The Health Project (THP) is a non-profit private-public consortium dedicated to bringing about critical attitudinal and behavioral changes in the American health care system, so that providers and consumers employ its vast resources with increasing knowledge and understanding. THP’s mission is to seek out, evaluate, promote, and distribute programs with demonstrated effectiveness in influencing personal health habits and the cost effective use of health care services. The C. Everett Koop National Health Awards are given each year to worksite, community or provider programs, which have soundly documented improved health and decreased medical costs.