Be Careful About Replacing ObamaCare

As politicians double down on ârepeal and replaceâ promise, the real question is whether ACA should be replaced at all 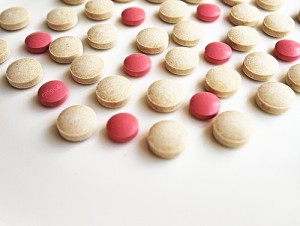 Dr.Â Singleton is a board-certified anesthesiologist and Board member of the Association of American Physicians and Surgeons. She graduated from Stanford and earned her MD at UCSF Medical School. Dr. Singleton completed 2 years of Surgery residency at University of California at San Francisco Medical Center, then her Anesthesia residency at Harvardâs Beth Israel Hospital. She was on the faculty at Johns Hopkins Hospital in Baltimore, Maryland before returning to California for private practice at Cedars-Sinai Medical Center in Los Angeles and Alta Bates Medical Center in Berkeley. While still working in the operating room, she attended UC Berkeley Law School. She interned at the National Health Law Project, and practiced insurance and health law. In addition to providing pain management, Dr. Singleton runs a wellness clinic in association with her county food bank and is in Oaklandâs Medical Reserve Corps. Along with delivering medical and educational supplies, she started two make-shift medical clinics in two rural villages in El Salvador.

Since the day the Affordable Care Act was enacted, we have been subjected to the ârepeal and replaceâ mantra. Replacement offerings are basically slimmed down versions of the ACA. A few brave souls have proposed a straightforward repeal. Of course, such bills were merely making political hay since Obama would never sign away his namesake law.

Several GOP presidential candidates have doubled down on the misguided ârepeal and replaceâ promise, including the yet-to-be-elucidated âDonaldcare.â But the real question is whether the ACA should be replaced at all.

Any healthcare âsystemâ â new or old â is subject to the long arm of the federal government. Central control does not have a good track record for creative solutions, security, fraud control, administrative efficiency, or the ability to change personal habits.

The federal government has yet to figure out a way to comply with HIPAAâs twenty-year-old mandate to remove Social Security numbers from health insurance cards. Consequently, the mere possession of a Medicare card poses the risk of identity theft in our most vulnerable population.

And speaking of identity security, a core tool of the healthcare system is the electronic health record. Health âprovidersâ seeing Medicare or Medicaid patients must have âmeaningful useâ of electronic records in their offices or face monetary penalties. However use of wireless networks for sensitive information requires sophisticated security measures most physician offices do not have. Moreover, even with the highest-level resources at its disposal, the federal government has failed to secure its own records.

The Health and Human Services (HHS) Office for Civil Rights reported 32 health data hacking incidents in 2015. Millions of people now have their medical information, Social Security numbers, and other personal identifying data compromised. According to a House Energy and Commerce Committee investigation, the HHS Inspector General reported that over the last seven years, HHS had âpervasive and persistent deficiencies across HHS and its operating divisionsâ information security programs.â

Government programs play to the lowest common denominator. One size fits all quickly becomes one size fits none. Call me crazy, but I want the second opinion about my treatment to come from physician, not a government bureaucrat evaluating me from his cubicle

Fraud and administrative errors plague the Medicare program. According to the federal Office of Management and Budget, its fiscal year 2014, âhigh-errorâ programs produced approximately $125 billion in âimproperâ payments, i.e., those that violated guidelines or rules in some way. Medicare Fee-for-Service alone had $45 billion in improper payments or 12.7 percent of the total. Fraud, lack of documentation, and medical necessity authentication issues are the main culprits.

Even as the Department of Justice touts its improved record of Medicare fraud convictions, the ACAâs federal Health Insurance Marketplace represented an epic failure on the fraud front. To assess the enrollment controls of the Marketplace, the Government Accountability Office (GAO) performed 18 undercover tests. During these tests, the Marketplace approved subsidized ACA coverage for 11 of the 12 fictitious GAO telephone or online applicants for 2014.

The Veterans Administration clinics debacle is a prime example of federal administrative inefficiency. The Office of Inspector General concluded âenrollment program data were generally unreliable for monitoring, reporting on the status of health care enrollments, and making decisions regarding overall processing timeliness.â The report confirmed that as of September 30, 2014 the system had some 867,000 pending records, 307,000 of which were for individuals reported as deceased by the Social Security Administration.

Finally, government attempts to mandate healthy behavior donât work. For example, a 2015 scientific study analyzed the âLos Angeles Fast-Food Banâ, a 2008 zoning regulation restricting opening/remodeling of standalone fast-food restaurants in South Los Angeles. Data showed that consumption of fast food and obesity increased in all geographic areas from 2007 to 2012, and the increase was significantly greater in the regulated area.

Politicians need a âsystemâ to expand central control. Central control breeds mediocrity. Government programs play to the lowest common denominator. One size fits all quickly becomes one size fits none. Call me crazy, but I want the second opinion about my treatment to come from physician, not a government bureaucrat evaluating me from his cubicle.

As Malcolm Gladwell of Tipping Point fame opined, rather than expanding insurance we should keep insurance in its proper role for âunexpected, big-ticket things.â And âthe bottom end of healthcare should be a market-driven cash economy.â

Competition brings out the best in us. For example, Theranos, a company started by a Stanford freshman provides 14 accurate basic kidney/liver function tests from one drop of blood for $7.27 at Walgreens. By contrast, my insurance co-pay for lab tests is $40.

Politicians canât fix our medical care access problems. That’s up to us. As a start, consider enlisting direct pay physicians (here, here, and here) who give personal care at reasonable prices and replace the ACA with your own healthcare system.