Are annuities really a good thing at retirement? 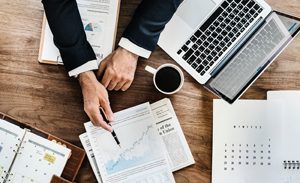 I just finished reading another incredibly biased article bashing annuities and how they are going to ruin 401(k)âs. Having nearly 30 years in the industry on both the investment and insurance side of the fence, I would like to discuss what I feel are the true benefits of annuities and how they can actually save those heading into retirement from becoming dependent on friends, relatives or the government in order to maintain their standard of living.

Why haters got to hate annuities?

First, why is it that some in the securities world cannot say enough bad things about annuities? After all, annuities can be the perfect fit for the right person in the right situation. The sad truth to most of the negative press on annuities comes down to money. For a Registered Investment Advisor, their normal form of compensation is to charge a fee based on the assets under management. If a client owns either a traditional fixed or an immediate annuity, it is difficult for the investment advisor to charge a fee. Now the annuities do typically pay an up-front commission but itâs not nearly as lucrative to the advisor as charging an asset fee year after year. Rather than picking sides, I prefer to identify some situations where an annuity can be the absolute best option for someone concerned about income at retirement, as I believe that some form of an annuity should be in every retired personâs portfolio.

Income is the foundation of most retirement plans

In the 70âs and 80âs, employees who stayed with the same employer for many years more often-than-not received a nice pension when they reached retirement. The employee could count on income from that pension and, combined with social security, would have a nice monthly paycheck. In 1978, things were set in motion that would forever change retirement. Congress passed the Revenue Act of 1978, which included a provision that allows employees to avoid being taxed on a portion of income that they decide to receive as deferred compensation rather than direct pay. That provision became known as the Internal Revenue Code Sec. 401(k). Fast forward 30 years and the landscape has changed dramatically. What we now see is only a very small handful of employers offering any kind of pension plan, and instead offer a 401(k) plan. In most of todayâs 401(k) plans, the employer will match the employeeâs contributions either dollar-for-dollar or at some percentage. These 401(k)âs typically make up the largest percentage of assets that most retiring people have. As planners, our job is to use what is available and solve the income need at retirement for our clients.

One of the biggest challenges for people retiring is to figure out how they are going to create a steady stream of income. They want to replace some percentage of the income they were receiving while employed. Most people like to plan off a budget and having a regular source of income brings peace of mind to those that now find themselves without that regular paycheck.

Annuities can create a guaranteed regular source of income that can be structured so that the payments will continue for as long as that person is alive. There are numerous ways to use annuities for that guaranteed income. One way is to annuitize an existing annuity. When the annuity is annuitized, the insurance company agrees to pay out an income stream for whatever option the annuitant selects. If a person is looking for an income stream guaranteed for life, that can be arranged.

Instead of turning on Social Security at 67, if one were to wait until age 70, they would receive approximately 124% of their full retirement age amount. Using an annuity to fill that income gap can make the difference of receiving 70% of your Social Security benefit at age 62 to receiving 124% at age 70. For example, if you were going to receive $2,500 a month at age 67, you could turn on benefits 5 years earlier and receive $1,750 per month. Alternatively, if you were to delay turning on Social Security until age 70, your monthly benefit would be $3,149.

the exclusion ratio tells the IRS what portion of your income stream from the annuity is taxed and what portion is excluded from income and considered your cost-basis. if you are using all qualified funds to create the income stream, 100% of that income is subject to tax...

By using an annuity, you can defer Social Security and be making approximately an 8% increase in income every year you defer up until age 70. After 70, there is no increase in benefits. This number is currently set and guaranteed. Canât do that with a stock or mutual fund. As a side note, the Social Security reserve trust fund is projected to be depleted by year 2035, so Social Security is going to have to make some changes for the program to continue providing benefits well into the future. These changes will most likely be some combination of increasing the full retirement age, decreasing benefits or increasing the taxes to fund the program. With 10,000 people each day turning 65, the number of people receiving benefits continues to increase while the number of people paying taxes into the program continues to decrease. Social Security benefits will not go away. It is the biggest source of retirement income for over half of all the people retired but it will have to change.

One benefit for using an annuitized annuity or an immediate annuity as a source of income is the tax advantage. If you use non-qualified money, you are creating a very tax-friendly flow of income. With deferred annuities that are annuitized, or immediate annuities, you receive what is known as an exclusion ratio. This ratio tells the IRS what portion of your income stream from the annuity is taxed and what portion is excluded from income and considered your cost-basis. if you are using all qualified funds to create the income stream, 100% of that income is subject to tax. By combining qualified and non-qualified income streams, you can not only create income that can be guaranteed for as long as you live but also tax-advantaged. After all, at the end of the day, itâs about how much income is spendable. For 100% qualified income, you will most likely be sharing that income with Uncle Sam.

Ability to continue to be invested

Once a client has that guaranteed base of income, he or she can be more aggressive with the rest of their portfolio. Decades ago, when someone retired, it wasnât uncommon to read about that person passing away a few short years later. In those days, one didnât have to be that concerned about creating lifetime income.

With Social Security and the spending down of assets, most people usually saw their money outlive them. Due to the advancements in medical science over the years, many illnesses that used to be a death sentence can now be treated. By using annuities for that guaranteed income flow, a person can take advantage of their time horizon to continue to keep some of the assets invested in the market. They can now be much more tolerant of the market swings of equities.

But if you decide to take income from equities, instead of using annuities for that income, some hard decisions will need to be made when the market goes down. These decisions come down to either continuing to withdrawal the same dollar amount while knowing you are depleting a greater percentage of your assets or reducing the amount that is withdrawn, which can adversely impact your standard of living.

These decisions can be very stressful as well, and can have catastrophic results. No one wants to come to the realization that they are almost out of money. If a person gets to that point, then the decisions become even harder. Do they get a part-time job to supplement their income (assuming they can find a job and are healthy enough to work) or do they lower their monthly expenses to coincide with their income? How many of those retired greeters at Walmart are there because they want to be?

Annuities are one of the only financial products that can guarantee an income for life. Yes, the stock market is currently breaking new highs on a weekly basis, but how much longer can that last? Besides creating income, annuities can also protect your assets and allow them to grow tax-deferred until they are needed for income. As a person leaves the workforce, there needs to be a realization that preservation of assets and generating income are the primary goals. When working, if the market goes down, you can always earn money to replace those losses. Once that ability to earn enough to replace those losses has been surrendered, itâs a new ball game.

Like other financial options, annuities absolutely have their pluses and minuses. When used properly, they can be a solid foundation that a good retirement plan can build on. As far as the annuity haters of the world go, I would challenge them to show me a way to guarantee my income for as long as I live regardless of market conditions and interest rates. If income is what your clientâs main concern is, then an annuity may just be an excellent fit! â