Back To The Office: Bitter Or Sweet?

A new survey from Erie Insurance reveals the degree to which financial concerns increased, values changed, and the top reasons people moved during the pandemic. 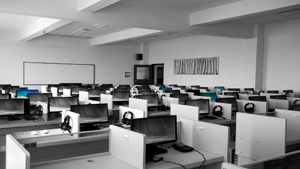 ERIE, Pa., June 21, 2022 /PRNewswire/ — In a national survey of U.S. consumers commissioned by Erie Insurance, two-thirds of respondents said they are more concerned about their financial security than they were beforeâand many are taking steps to address it. The wide-ranging survey also revealed what people miss most about working from home and like most about returning to the office and, if they moved during the pandemic, why.

As a company that increases people’s financial security by providing life insurance, homeowners insurance and auto insurance, Erie Insurance periodically commissions surveys to stay on top of changes in consumer attitudes and behaviors.

“It’s been said that life insurance is a product you buy with the hope you don’t need it right away, but our survey found that having a policy provides value,” said Louis Colaizzo, senior vice president of Erie Family Life, Erie Insurance. “In fact, 44% of respondents said the pandemic made them appreciate the peace of mind they get from having life insurance even more than they did before.”

People On The Move

One in five respondents (21%) said they moved during the pandemic while 79% stayed put.

Topping the list of reasons for moving (36%) was to live in a place with a better quality of life. Living closer to family and having a lower cost of living tied for the second most mentioned reason for moving (26%, respectively), followed by having a larger home so everyone could spread out more (18%) and to live somewhere with a nicer climate (16%). Nine percent of people moved because they got sick of their house after spending so much time in it.

The Bitter And The Sweet About Returning To The Office

For many people who worked from home during the pandemic, returning to the office is bittersweet. The survey revealed what they miss or will miss most about working from home and what they like or will like most about going back.

As national traffic safety organizations sounded the alarm about the speeding crisis intensifying during the pandemic, Erie Insurance wanted to know if people think drivers are still speeding more than usual.

Additional survey results are available to media upon request.

This survey was conducted online by Falls & Co. on behalf of Erie Insurance from April 1 through April 8, 2022, among 500 U.S. residents ages 18 and older. Falls established the sampling quotas, designed the questionnaire, tabulated the survey responses, and managed the overall project. Falls used Dynata (Plano, TX) to administer the survey via the internet, including mobile devices, to Dynata’s captive U.S. panels who met the age, gender, and regional demographic criteria.

According to A.M. Best Company, Erie Insurance Group, based in Erie, Pennsylvania, is the 11th largest homeowners insurer, 13th largest automobile insurer and 13th largest commercial lines insurer in the United States based on direct premiums written. Founded in 1925, Erie Insurance is a Fortune 500 company and the 19th largest property/casualty insurer in the United States based on total lines net premium written. Rated A+ (Superior) by A.M. Best, ERIE has more than 6 million policies in force and operates in 12 states and the District of Columbia. News releases and more information are available on ERIE’s website at www.erieinsurance.com.