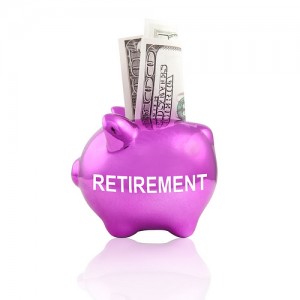 CHICAGO, April 14, 2017 /PRNewswire/ — Ten years after the financial crisis, our nation’s middle-income Baby Boomers are increasingly reliant on Social Security for their primary source of retirement income, according to a new report that details the mindset of current and soon-to-be retirees.

The study, “10 Years After the Crisis: Middle-Income Boomers Rebounding But Not Recovered,” reveals that four in 10 (38 percent) middle-income Boomers expect to rely on Social Security for their primary source of retirement income, up more than 25 percent from before the financial crisis when that number was less than one in three (30 percent).

Commissioned by the Bankers Life Center for a Secure Retirement (CSR), the study found that before the crisis, about four in 10 (43 percent) middle-income Boomers planned to rely on personal savings or earnings (retirement accounts, general savings and investments, and employment) for their primary source of retirement income. That number has dropped to just over three in 10 (34 percent), with the difference mainly moving to Social Security.

According to the study, middle-income Boomersâthose with an annual household income between $30,000 and $100,000 and less than $1 million in investable assetsâare apprehensive about investing and are overreliant on Social Security as a primary means of financial support in retirement. Three-quarters (74 percent) have changed their investment behavior as a result of the financial crisis, most commonly taking defensive measures, such as making more conservative investment choices (28 percent).

“Social Security was designed to be a safety net, not a primary replacement for savings or income,” said Scott Goldberg, president of Bankers Life. “Those who are in or near retirement should consider the various ways they can create future income to help achieve a secure retirement. There are products readily available in the marketplace that can help.”

The CSR study asked middle-income Boomers to look back to the events in 2007 that led to the financial crisis and subsequent recession. Respondents revealed that they have struggled to rebound financially, and while nearly all surveyed said they still plan to retire, they have readjusted retirement expectations to meet their new reality.

Only two percent of middle-income Boomers feel the economy has fully recovered, and two thirds (65 percent) say they have not felt a personal benefit from any recovery. Of that group, more than half say their savings are lower now than before the crisis, and four in 10 are not earning as much, the study revealed. Adding to their financial burden, before the crisis, 45 percent of middle-income Boomers expected to retire debt free, but today only 34 percent anticipate a debt-free retirement.

Concern over having enough income to last throughout their retirement has led Boomers to reconsider exiting the workforce. According to the CSR study, before the crisis, 35 percent of middle-income Boomers expected to work full time or part-time in retirement, but today 48 percent expect to work full or part-time.

“10 Years After the Crisis: Middle-Income Boomers Rebounding But Not Recovered” is part of a series of studies commissioned by the Bankers Life Center for a Secure Retirement. It was conducted in October 2016 by independent research firm The Blackstone Group.

The findings were from one Internet-based survey:

A nationwide sample of 1,000 middle-income Boomers. Quotas were established based on the U.S. Census Current Population Survey data for age, gender and income to obtain a nationally representative sample. The margin of error is +/- 3.1 percentage points at the 95% confidence level.

About Bankers Life
Bankers Life focuses on the insurance needs of middle-income Americans who are near or in retirement. The Bankers Life brand is a part of CNO Financial Group, Inc. (NYSE: CNO), whose companies provide insurance solutions that help protect the health and retirement needs of working Americans and retirees. There are more than 5,000 Bankers Life insurance agents at over 300 offices across the country. To learn more, visit here.