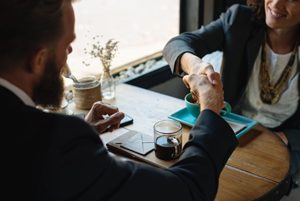 Ms. Shields is senior vice president of Broker Sales at Aflac where she is responsible for executing Aflacâs broker strategy and leading its team of broker sales professionals, as well as leveraging Aflacâs strong relationships with national and regional insurance brokers.

With a growing economy and record-low unemployment, employers enter 2019 knowing they must battle to attract and retain talent if they expect to stay competitive in the marketplace. Trends point toward a shift in perspective among employers, with a greater willingness to invest in benefits that enhance employee recruitment, retention and engagement.
For benefits advisors, these three key trends are worth watching in the coming year as you work toward helping your clients realize the greatest return on their investment in employee benefits:

According to the 2018 Aflac WorkForces Report,Â¹ which surveys employers and employees annually on attitudes surrounding benefits, the percentage of employers citing the need to control costs as a top priority has dropped significantly (down from 27 percent in the 2014 study to 17 percent in 2018). In fact, fewer businesses report feeling âsqueezedâ by health care costs: The percentage of employers who say rising health care costs prevented them from increasing employee compensation dropped 12 percentage points compared to 2017.Â¹

Meanwhile, business leaders emphasized the importance of remaining competitive, with 27 percent naming that as their top business objective.Â¹ Additionally, staying competitive with other employers was mentioned most frequently as an objective of employee benefit programs.

From the employeeâs perspective, benefits play a key role in decisions to take â and stick with â a job rather than jump to greener pastures. In the Aflac study, 55 percent of employees surveyed say they would be at least somewhat likely to accept a job with lower compensation but a more robust benefits package.Â¹ A growing trend also emerged in this survey finding: 26 percent report having left a job or rejected a job offer due to the benefits provided â up from 16 percent in 2016 when the question was added to the survey.Â¹

2. High-Deductible Health Plans Are Not Sufficient

For the first time in four years, fewer large employers will offer new consumer-directed health plans in 2019 as the only option for their workforces. According to data from the National Business Group on Health, the number of large employers offering such full replacement plans will shrink from 39 percent in 2018 to 30 percent in 2019.Â²

That trend line is consistent with what Aflac found in its study: The percentage of employers implementing a new high-deductible health plan (HDHP) with an HSA in 2018 decreased by 10 percentage points since 2017.Â¹ Even more telling is that employers offering only an HDHP are losing confidence in the ability of those plans alone to satisfy their employees. Compared to the average employer, companies with a standalone HDHP are 14 percentage points less likely to say their benefits plan increases satisfaction.Â¹ In addition, those companies are 17 percentage points less likely to agree that their plan increases worker productivity and likely to say their plan enables them to attract top talent by 12 percentage points.Â¹
While companies that already include an HDHP in their benefits packages are likely to keep offering them, fewer businesses see HDHPs as a standalone solution for benefits cost-shifting. In fact, only 8 percent of employers intend to implement a new HDHP and HSA as an alternative to traditional options in 2019.Â¹

Gig workers are not the only segment of the workforce that faces financial challenges. Nearly half of all employees surveyed could not go more than about three weeks without a paycheck...

As economic conditions change, so does the composition of the nationâs workforce. One example has been the rise of the âgigâ economy. Nearly one-third of adults engaged in some form of gig work, either as a primary job or to supplement their income, according to recent data from the Federal Reserve.Â³ Aflacâs study echoes those findings, showing that the top reason employees pick up multiple part-time, freelance or contract gigs is to make ends meet. And some report that gig work also helps them pay for health care expenses or even obtain employer-sponsored coverage.Â¹

Gig workers are not the only segment of the workforce that faces financial challenges. Nearly half (44 percent) of all employees surveyed by Aflac could not go more than about three weeks without a paycheck.Â¹ Although more workers are better prepared for financial emergencies than in previous years of the survey, a sizeable minority remain ill-equipped to cope with the cost of an unforeseen accident or illness.Â¹

In this environment, it is not surprising that an overwhelming majority (85 percent) of employees see a growing need for voluntary insurance benefits that help cover unexpected costs.Â¹ For insurers, the increasing popularity of voluntary insurance has given rise to a growing number of value-added services, including telemedicine, identity theft protection and assistance with student loan repayment. These complement voluntary insurance options and can provide value from day one, helping employers design strategic benefit programs tailored to meet the needs of their people. Not only is this beneficial for clientsâ workers, but it can also show them their employer cares for their well-being.

The picture that emerges from these trends is that benefits advisors have a window of opportunity in 2019. Employers are feeling somewhat less pressured to cut costs and sensing a greater urgency about building a high-performing workforce that will help them thrive in an increasingly competitive marketplace. Now is the time for discussions about high-value, employee-pleasing benefit offerings that can help companies succeed in 2019 and for many years to come. â

This article is for informational purposes only and is not intended to be a solicitation. Aflac herein means American Family Life Assurance Company of Columbus.
Endnotes
1. The 2018 Aflac WorkForces Report is the eighth annual Aflac study examining benefits trends and attitudes. The studyâs surveys, conducted by Lightspeed, captured responses from 1,700 employers and 2,000 employees across the United States in various industries. To learn more, visit AflacWorkForcesReport.com.
2. National Business Group on Health press release on The Large Employersâ 2019 Health Care Strategy and Plan Design Survey. Accessed Nov. 1, 2018. https://www.businessgrouphealth.org/news/nbgh-news/press-releases/press-release-details/?ID=348.
3. Board of Governors of the Federal Reserve System (2017). Survey of household economics and decision-making, page 15. Accessed Nov. 1, 2018. https://www.federalreserve.gov/publications/files/2017-report-economic-well-being-us-households-201805.pdf.