AT&T, Time Warner, and the Future of Health Care 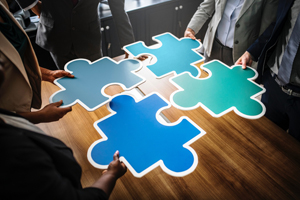 The recent federal district court ruling allowing the merger of AT&T and Time Warner â a case of so-called vertical integration â will likely encourage similar unions throughout the U.S. economy, including in health care. Nevertheless, a close look at the courtâs decision, and at the wide variety of vertical health care mergers under way, suggests that policymakers and private actors should not interpret the courtâs ruling as an unconditional green light for vertical integration in health care, or any other sector.

Vertical integration typically involves the combination of entities operating on different parts of a supply chain in the production of a particular product. Manufacturers of tires, for example, are part of the supply chain that results in a finished automobile. Similarly, ambulatory physician services are sometimes seen as an input on the supply chain of more advanced hospital services. The acquisition of physician practices by hospitals is often characterized as vertical integration.

Some antitrust experts question whether the analogy between manufactured products and health care delivery is accurate. Independent physicians, for example, often work within hospitals and help to produce their âproducts.â Nevertheless, there are clear differences between mergers across the same types of health care organizations, like hospitals, and those between different types of providers, like physicians and hospitals.

The AT&T/Time Warner case was the first time in 40 years that the government has taken a proposed vertical integration to court, and many commentators have noted that antitrust theory with respect to vertical integration could use some updating. In the meantime, however, Judge Richard Leonâs 172-page opinion seems to have relied on traditional antitrust considerations: would the merger increase or decrease competition, and thereby increase or decrease consumer welfare? His ruling rested heavily on what he viewed as the governmentâs failure to supply evidence that the merger would have adverse effects. In other words, if the government had produced more convincing data, the ruling could have gone the other way.

Judge Leonâs ruling may be appealed and, if so, may not stand. But if it does, what are its implications for vertical integration in health care? Simply put, the facts matter. And unfortunately, the facts about vertical integration in health care are obscure, and likely to vary enormously according to the details of the merger and from market to market.

Evidence on the effects of horizontal health care mergers has grown considerably in recent years, and generally shows that they increase prices. But studies of vertical health care mergers are much less common. Perhaps the most relevant experience concerns long-standing integrated health systems, such as Kaiser Permanente, Intermountain, Geisinger, and a handful of similar organizations.

Widely regarded as industry leaders in quality and efficiency, these systems seem to demonstrate the benefits of vertical integration: they are able to coordinate services across different types of providers, and, when incentives encourage it, they can easily substitute less expensive services (e.g., ambulatory care) for more expensive ones (e.g., hospital care). However, whether the experiences of these integrated systems are generalizable to the current flock of mergers is unclear. Each of these venerable organizations has a unique history and culture that have shaped its performance over decades.

Studies of vertical integration will have to take into account the type of merger under consideration. The most common type of vertical integration seems to be the acquisition of physician groups â both primary care and specialty â by hospitals. Between 2012 and 2016, the number of hospital-employed U.S. physicians increased from 95,000 to 155,000.

But health care is witnessing a variety of other types of vertical integration. Insurers are buying physician groups, as in the case of UnitedHealth Groupâs acquisition of parts of DaVitaâs physician network. Drug store chains are buying insurers, as in the case of CVSâs purchase of Aetna. And integrated health systems like Partners HealthCare are proposing to buy insurers like Harvard Pilgrim Health Care.

The effects of these varied mergers will depend on the types of services being combined and the markets affected. From both a societal and legal standpoint, the facts matter.

For example, it turns out that the CVS-Aetna merger includes an important horizontal union between Part D health plans owned independently by CVS and Aetna. Part D health plans provide drug coverage to Medicare beneficiaries. In recent testimony before the California Department of Insurance, economist Richard Scheffler showed that in a number of markets, the merger of these Part D plans would significantly reduce competition, and thereby, could potentially increase the prices of drug coverage for Medicare patients. Fear of consolidation among Part D plans has caused the American Medical Association to oppose CVSâs acquisition of Aetna.

Adding to the uncertainty surrounding these questions is the unique nature of the health market, in which governments are the largest purchasers and consumers often donât know the prices or value of the products they buy. Traditional competition in local markets sometimes results in radically increasing prices and costs, as providers pile on new technologies and facilities and compete for star physicians in an effort to attract customers. And many parts of health care already have a high degree of consolidation that limits price competition. The result is a level of dysfunction that has created an almost universal cry for radical disruption of the status quo.

Health care is a conundrum on many levels, and how and whether to regulate vertical integration among its varied components may turn out to be another one. The need for change is obvious. Whether vertical integration is the change we need, and how the courts will treat it, remain to be determined.