When The Wealthy Go Broke 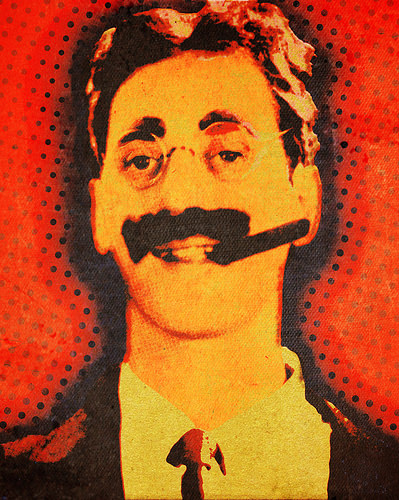 DALLAS, TX–(Marketwired – March 9, 2015) – America's top athletes and Hollywood celebrities are teaming up with some of America's top investment minds under the leadership of star athlete Torii Hunter and Wall Street Veteran Ed Butowsky to form the Clubhouse Investment Club (the "Club").

This is an exclusive club with the goal of reducing the risk of investing in venture startup investments, specifically business to consumer companies. Since most of the club members have large social media followings, they will leverage their online presence to help promote awareness of the investments they select. The investment club's leadership believes this strategy may encourage startups to choose the Club's investment dollars over other sources.

The Club is the brainchild of Torii Hunter, the five-time Major League Baseball All-Star outfielder who recently returned to the Minnesota Twins, and his close friend and associate Ed Butowsky, managing partner of Chapwood Investments. The two have assembled many of the best minds on Wall Street to "scrub" through potential venture capital investments. Their team consists of research analysts, venture capital investment professionals and private equity experts. Venture investing should represent no more than five percent of a person's overall investment portfolio.

The money allocated to this category should be distributed to at least seven to ten different investments within the venture slice. The Club uses many of the top minds from Wall Street including institutional investors, all-star analysts, venture capitalists and investment bankers.

These individuals are sourced from Ed Butowsky's 27 years on Wall Street where he was involved in every aspect of investing and has networked into every specialty. The Club's advisers will thoroughly research the analytics of any potential venture and recommend to Club members only the ones they determine to have a good chance to succeed. There is no fee to join the Club, and members have no obligation to invest; however, if and when an investment is made into a start-up company, a new limited partnership will be formed.

Each individual investor into that limited partnership will own a percentage in proportion to their investment. Athletes and celebrities who choose to invest will be encouraged to promote these ventures on Facebook, Twitter, Instagram and other social media networks to give them maximum exposure.

This leveraging of social media assets is expected to offer a strategic advantage over other investment sources. Another unique feature for the members of the club is their ability to share their own personal investment opportunities directly with all the other club members. Many of the club members have interesting and viable enterprises that need financial support as well as help gaining awareness.

"We have purposely populated the investment club with members that have followers/fans with diverse demographics," Butowsky stated. "The rationale behind this is so we can invest selected startup ventures and attempt to positively influence the success with our marketing influence through our online presence. Having a diverse universe of followers our members can target different audiences."

Any business-to-consumer brand or service that is simultaneously raising money, and also trying to find a market that is not easily accessed through traditional marketing, will be thinking seriously about asking the Club to consider bringing a positive doubleplay to their company. Although the clubhouse will be investing directly into companies, many of the country's top venture capital firms from Silicon Valley, Austin, New York, Dallas and Boston have taken note and are asking the Club to consider investing side by side with their investments.

The idea for the Club came when Butowsky, the driving voice behind the Sports Illustrated article, "How (and Why) Athletes Go Broke," and an integral force in the 30 for 30 ESPN documentary "Broke," along with Hunter, who is highly regarded among his peers as a savvy investor, were discussing why some athletes earn millions and then go broke. "The reason so many athletes and celebrities have lost a lot of money is that they don't engage in proper due diligence," Butowsky says.

"They invest far too much money in illiquid venture capital, real estate and private equity vehicles." "If you think trying to hit a 90 mile-per-hour fastball is tough, try investing in VC properly." As Butowsky advised in the ESPN documentary Broke, "Nobody should have more than five percent of their net worth in venture capital investments, and that amount should be broken up into a minimum of 10 different investments."

To reduce the number of things that can go wrong, the Club will serve as a venture capital clearinghouse, thoroughly vetting all potential investments — including ventures that are submitted by the members themselves — and recommending only the ones that are most likely to succeed. It is the same vetting process that the top investment firms in the world use before investing.

The Clubhouse Investment Club has brought together over 70 experts in venture capital, real estate and private equity who will rigorously vet investment opportunities according to the highest institutional standards. These are the most seasoned professionals in their field who collectively have been involved in billions of dollars of exits from companies they fostered from the start-up phase. There are no guarantees when investing in any venture investment, but having this extraordinary group assisting the Clubhouse in evaluating each potential investment will certainly help reduce and avoid some of the pitfalls.

The members of the club have the ultimate flexibility. As a member they are not committed to ever investing. They are however given the opportunity to see a digital presentation of potential investments that have cleared the "scrubbing process" from the team of experts. If they have an interest in learning more about the Club, the members are then given additional, detailed information to review. If after these steps they decide they want to invest, the Club will then get an indication of interest on the amount they and their advisors want to commit. Once these steps have concluded, a new lp is formed and they invest in that lp. The lp becomes the investor in the startup.

On top of the benefit to the company and in addition to receiving investment dollars, they get the full marketing support of the entire membership of the club. "These are analysts who have brought some of the most successful companies public via IPOs," Butowsky said. "They literally will run every possible analysis to assess risk and reward." Butowsky said the Club will restrict its analysis and investment to cutting-edge business-to-consumer (B2C) companies that it determines are sound businesses with limited risk, that have international appeal and that Club members can get into early enough to achieve great returns.

"The idea is that now that the business has been vetted properly, the athletes will have crystal clarity about what it does, as well as its risk-reward profile," Butowsky said. "Then it's up to each member to decide whether it's right for him or her. If they like it, they invest. If they don't, they look at the next one." The Club is limiting itself to B2C investments because members will be able to promote the products and services of the companies they invest in on Facebook, Twitter, Instagram and other social networks. The members believe high social media exposure from well-known investors will turbo-charge the growth of these early-stage companies.

The Club has already chosen its first investment — iMyne, Inc. (www.imyne.com), a site that turns online shopping into shopping with automatic cash back and charitable giving. iMyne establishes relationships with hundreds of retailers like Zappos, Neiman Marcus and Target and then pays its members and donates to their selected charities when they shop at those sites. "Most athletes and celebrities who go bankrupt do so because of bad investments," Butowsky concluded.

"The Clubhouse Investment Club is a one-stop shop for those seeking to invest in VC the right way." "It sources only the best B2C deals where investors can have a direct impact on their investment's success. And at the same time, athletes and Hollywood stars can protect themselves from making poor investment choices."