An industry committed to making progress; Managing what you measure 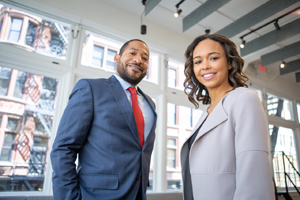 Washington, DC; February 23, 2021âThe first publicly available results from industrywide surveys by the Investment Company Institute (ICI) and Independent Directors Council (IDC) drive home the need for greater representation of women and minorities in all levels of asset management. At the same time, a survey of ICI member firmsâ diversity and inclusion (D&I) policies indicates membersâ commitment to increase diversity in their organizations.

ICI and IDC conducted separate surveys about the number of women and members of racial and ethnic minority groups throughout the industry. ICI partnered with McLagan to conduct a survey of management companies throughout the asset management industry (management survey). McLagan is part of Aonâs Human Capital Solutions group, which delivers compensation data, analytics, and advice to the worldâs leading financial services firms. IDC collected data on fund boards through the IDC/ICI Directors Practices Study (director survey).

âThese surveys lay a critical foundation of accountability,â said George C. W. Gatch, chairman of ICI and chief executive officer of J.P. Morgan Asset Management. âYou manage what you measure, and the survey results provide a benchmark for the industry so we can make meaningful progress toward creating a more diverse and inclusive industry, in fund management and in fund governance.â

Management Survey Demonstrates Need for More Targeted Initiatives to Increase Diversity and Inclusion
According to the management study, women represent 41.8 percent of the asset management industryâs workforce while minorities make up 30.5 percent.

The survey results show the percentages of minorities in six categories:

The survey looked at demographics for a range of job levels, as defined by the federal governmentâs EEO-1 reporting categories for employersâthe metric used by the Securities and Exchange Commissionâs Office of Minority and Women Inclusion. The data (attached below) show that women and minorities are significantly less present at management and executive levels than at administrative and staff levels.

âThe numbers donât lie,â said Mellody Hobson, a member of the ICI Board of Governors and co-CEO and president of Ariel Investments. âThe data tell a truth weâve long knownâwe must ensure more women and minorities are working in all levels of asset management by creating opportunities for advancement. We have a long way to go, but Iâm glad we are holding ourselves accountable and are making the commitment to improve.â

The director survey breaks down minority representation among reporting directors in four categories:

âThe percentages of women and minorities represented among newer independent directors joining fund boards demonstrate that the director community is making strides toward including more diverse perspectives in the boardroom,â said Kathleen Barr, chair of IDCâs Governing Council and an independent director of William Blair Funds and the Professionally Managed Portfolios. âThere is still a great deal of progress to be made, and IDCâs D&I working group is identifying actionable steps to help foster a diverse and inclusive fund director community.â

The data tell a truth weâve long knownâwe must ensure more women and minorities are working in all levels of asset management by creating opportunities for advancement...

âAs an industry, we canâand we willâdo more to increase the number of women and minorities working throughout the asset management industry,â said Eric J. Pan, ICI president and CEO. âTo achieve that objective, ICI is working with its members to develop and implement new targeted initiatives within firms and industrywide. These initiatives aim to make meaningful progress toward ensuring that women and minorities are fully represented at every level of the asset management industry.â

One such recently announced initiative is ICIâs Talent Connectionâa program to encourage more women and minority students to consider careers in the asset management industry and help the industry form a robust pipeline of qualified job candidates. Through webinars and other events, ICI and industry representatives will give minority students a detailed introduction to positions available in asset management and inform them of the substantial career opportunities in the industry. For example, more than 70 law students registered for the first event, scheduled for February 23, focusing on legal and compliance careers in asset management.

In addition to Talent Connection, ICIâthrough the ICI Education Foundationâsupports The Robert Toigo Foundationâs work to advance the careers and leadership of underrepresented talent in finance.

Sixty-five asset management firms, representing $21.9 trillion of assets under management, or 84 percent of US fund industry assets, completed the survey, with 56 firms offering EEO-1 data. The data are as of November 1, 2020, and more than 92,000 employees were counted in the EEO-1 data. ICI will conduct the study on a regular basis.

The latest IDC/ICI Directors Practices Study examined 181 fund complexes, with assets under management of $23.4 trillion, about the gender, racial, and ethnic makeup of their fund boards. Those participants reported data on 235 fund boards. The data are as of December 31, 2019.