Excerpted from the essay by Sudipto Banerjee, who is affiliated with the Employee Benefit Research Institute (EBRI). Reprinted with permission. Read the entire article here. 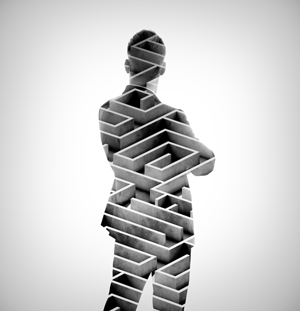 One of the assumptions underlying many models used to measure retirement income adequacy is that retirees will
spend down their accumulated assets to fund their retirement needs. While this may make sense in theory, do people
actually behave like this?

There are several reasons to expect that many retirees do not behave in ways consistent with the assumption of asset
decumulation. For example, retirees face several risks – uncertain life span, uncertain medical expenses, uncertain
market returns – that might cause many to spend their retirement assets more slowly. In addition, throughout their
working lives, many people develop a saving habit. Is it possible to suddenly change or reverse such a habit? How
easily can people adjust to decreasing account balances after they have focused on increasing their balances for most
of their lives?

How This study reviews data reflecting how retirees actually use their assets after retirement. Understanding how retireesÂ make such save-or-spend decisions is crucial to measuring retirement income adequacy and to developing products andÂ advice to help retirees manage their retirement assets better.

In 2015, the Society of Actuaries (SOA) interviewed a group of retirees who had been retired for at least 15 years and
had investable assets between $50,000 and $350,000. They were asked several questions about how they managed
their finances. The study concluded, âA key goal of almost all focus group retirees is to maintain or increase their asset
level â¦ In general, those who have been able to maintain their asset levels have done so through significant cuts in
spending.â Another focus group study conducted by SOA in 2013 yielded similar conclusions. Of course, these
conclusions were based on only anecdotal evidence, but still the conclusions were striking.

Poterba, Venti, and Wise (2017) used data from the HRS, and analyzed how assets changed in the last two decades of
the lives of retirees. Their results showed that for most retirees, the value of assets observed in the year before death
were similar to the value of assets observed when they were first included in the survey (up to 20 years prior). In the
HRS cohort (born between 1931 and 1941), among those with assets between $1- $50,000 in the last year before
death, 81 percent had assets less than $100,000 in the first year of observation.

Instead of looking at the last few years of life, the Employee Benefit Research Institute (EBRI) study looks at how
retireesâ assets change in the years immediately following their retirement. In addition to asset changes, the study also
compares income and spending of retirees of different ages to better understand how retirees make spending
decisions.

The income and asset data for this study came from the Health and Retirement Study (HRS), the most comprehensive
survey of older Americans in the country. Every two years, beginning in 1992, HRS has surveyed a nationally
representative sample of U.S. households with individuals over age 50 on topics such as health, assets, income, and
labor-force status in detail. The initial sample consisted of individuals born between 1931â1941 and their spouses,
regardless of their birth year. Younger cohorts have been added in following years. HRS is sponsored by the National
Institute on Aging (NIA) and the Social Security Administration (SSA) and is administered by the Institute for Social
Research (ISR) at the University of Michigan.

The spending data came from the Consumption and Activities Mail Survey (CAMS). CAMS, which was initiated in 2001,
as a supplement to the HRS. Every year following the main HRS survey, the CAMS questionnaire has been sent to a
subset of randomly selected households from the HRS participants to collect spending information on 36 categories to
arrive at a measure of total household spending. In couple households, the questionnaire has been sent randomly to
one of the two spouses. Since 2001, CAMS has been conducted every two years, with 2015 being the latest round of
available data. All numbers have been measured in 2015 dollars.

Change In Non-Housing Assets After Retirement

for most retirees, the value of assets observed in the year before death were similar to the value of assets observed when they were first included in the survey (up to 20 years prior). In the HRS cohort (born between 1931 and 1941), among those with assets between $1- $50,000 in the last year before death, 81 percent had assets less than $100,000 in the first year of observation

Change in Non-Housing Assets of Those Who Started Retirement With Less Than $200,000

Non-housing assets changed for Group A â those entering retirement with less than $200,000 inÂ non-housing assets — over the 18 year period after retirement. First, the preretirement, non-housing asset median forÂ this group was only $29,975. The mean was $48,552. In the first four years of retirement, the mean increased (to a large part due to IRA rollovers), but the median remained more or less the same.This is understandable because inÂ Group A, IRA rollovers were generally limited to people with higher assets and with access to employer plans.

Over the 18-year period, there was a very small drop in the median assets of this group, from $31,740 (after 1- 2 years of retirement) to $24,000 (after 17 – 18 years of retirement). This was only a 24.4 percent drop. Such a rate of asset decumulation was definitely much lower than what has been aditionally assumed by most retirement models. ButÂ intuitively, such behavior was not confounding. These households had very few assets and they faced a lot ofÂ uncertainties. So, it was not âirrationalâ for them to have held on to their assets as long as possible. It is important to note that the value of non-housing assets may go down even when retirees are not spending downÂ these assets.

For example, a year of negative returns could also result in lower assets. But since the data show muchÂ lower drops in assets than predicted by economic theories or retirement models, this is not a particular concern. In theÂ case of negative returns, the data would suggest people are spending down even less. But, if the assets appreciate andÂ people spend down only the return on their assets, then the level of assets would not change. In fact, this is a very likely scenario. The results below point toward the fact that people might be willing to spend down the income from their assets, but are reluctant to spend down the âprincipal.â

The assets changed for Group B â those entering retirement with non-housing assets of at least
$200,000 but less than $500,000 — in the 18 years after retirement. The trends were very similar to trends seen for
Group A. In the first two years of retirement, the non-housing asset median for Group B was $333,940. After 13-14 years of retirement the median was still above $300,000 (at $301,620). By the 17thÂ -18th year of retirement, the nonhousing
asset median was $243,070, a 27.2 percent drop compared to the asset median in the first two years. So, in
this group as well, retirees did not spend down their assets as quickly as retirement models would generally predict.

Change in Non-Housing Assets of Those Who Started Retirement With Assets at Least $500,000

The assets changed for Group C â those entering retirement with at least $500,000 in nonhousingÂ assets — in the 20 years after retirement. The asset decumulation rate was even slower for this group. TheÂ non-housing asset median for retirees in this group was $857,450 in the first two years of retirement. After 19-20 yearsÂ of retirement, the median dropped to $756,300 â an 11.8 percent drop. So, the group with the highest level of assetsÂ had the lowest rate of asset spend down.

Why are retirees not spending down their assets? There are probably a number of reasons. First, there are the
uncertainties. People donât know how long they are going to live or how long they have to fund their retirement from
these assets. Then there are uncertain medical expenses that could be catastrophic if someone has to stay in a longterm
care facility for a prolonged period. Of course, if people have to self-insure against these uncertainties, they need
to hold onto their assets. Second, some of these assets are likely to be passed on to their heirs as bequests.

But, whatÂ percentage of actual bequests are planned vs. accidental is an open question. Third, another possible reason for thisÂ slow asset decumulation rate could be lack of financial sophistication, or in other words, people donât know what is a
safe rate for spending down their assets. So, they are erring on the side of caution.

Finally, some of it could be just aÂ behavioral impediment. After building a saving habit throughout their working lives, people find it challenging to shiftÂ into spending mode. They continue to build up their assets or hold on to their assets as long as possible.

Do Retirees With Pension Income Spend Down Their Assets Faster than Others?Â Do Retirees Limit Their Spending to Their Income?Â Read the complete article here.