Asian Americans More Concerned About Retirement Savings Risk Than Others

While more confident in investment knowledge, and more hands on with investments, many could benefit from education 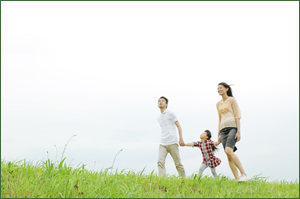 SPRINGFIELD, Mass., May 23, 2018 â Asian Americans are more concerned about making missteps with their retirement savings in the years just before and just after retirement, yet are more confident and focused about their investments than other retirees and pre-retirees, new research from Massachusetts Mutual Life Insurance Co. (MassMutual) finds.

âWhile many Americans focus on being ready to retire, no other ethnic group that weâve surveyed is as focused on their financial goals as Asian Americans,â said Wonhong Lee, Head of MassMutualâs Diverse Markets. âAnd these findings are actually aligned with other studies we have conducted in the past, as the key driver for this community is to attain financial security in every key milestone in life, such as paying for their childrenâs education or retiring in comfort without being a burden to their children.â

Different Yet The Same

The cautiousness expressed by Asian Americans regarding investment risk is reflected in their investment outlook and expectations but not necessarily in their approach. More so than others, Asian American retirees and pre-retirees believe workers approaching retirement should reduce their investments in equities (64 percent vs. 53 percent). Moreover, Asian Americans are more likely to have more conservative investment goals, aiming for their assets to âmatch the marketâ (43 percent vs. 32 percent) rather than outperform the market (55 percent vs. 65 percent). Despite those sentiments, the study found little difference between Asian Americans and the general population of retirees and pre-retirees in regard to their overall risk tolerance or their allocation of retirement assets between equities and fixed-income investments.

Underscoring their focus on investment goals, Asian Americans are considerably less likely than other Americans to engage in behaviors that reduce retirement savings such as making withdrawals or hardship loans or suspending contributions, according to the study. While one in four American retirees and pre-retirees (25 percent) report engaging in those behaviors, Asian American respondents are half as likely (11 percent) to say the same.

Asian Americans do have a stronger preference to be heavily involved in managing their finances and investments, particularly among retirees. Compared to the general population of retirees, for instance, Asian American retirees are more likely to enjoy managing their own money (80 percent vs. 59 percent). When looking only at Asian Americans, only two in five retirees (42 percent) prefer an investment that allows them âset-it-and-forget-itâ compared to nearly three in four pre-retirees (72 percent).

Although Asian Americans tend to accumulate high levels of savings when compared to others, many wonder if they are doing enough and usually conduct their own research about financial options and make decisions based on their own knowledge

âAlthough Asian Americans tend to accumulate high levels of savings when compared to others, many wonder if they are doing enough and usually conduct their own research about financial options and make decisions based on their own knowledge,â Lee said. âAsian Americans could benefit from the guidance of a financial professional to help them better match their risk tolerance with their retirement investment allocation. This will help them feel more confident on mitigating the risk of losing savings before or just into retirement.â

Despite their hands-on approach, the study findings show there is room for Asian Americans to obtain more education about investing, according to Lee. Fewer Asian Americans are confident projecting how many years they will spend in retirement and therefore are not planning to meet those needs, the study shows. More than half of Asian Americans (53 percent) are uncertain about the length of their retirement compared to a little over one-third of Americans overall (36 percent). Moreover, fewer Asian American retirees (63 percent) are confident they know how to claim Social Security at the right time to maximize its benefits, than American retirees overall (75 percent), according to the study.

âWhat MassMutualâs study tells us overall is that Asian Americans are thoughtful, cautious and discriminating with their retirement savings,â Lee said. âAsian Americans want the ability to control their financial destiny by having access to as many options, quality investment choices and sound education as possible.â

The internet-based study was conducted on behalf of MassMutual by Greenwald & Associates and polled 801 retirees who have been retired for no more than 15 years and 804 pre-retirees within 15 years of retirement. Pre-retirees were required to have household incomes of at least $40,000 and retired respondents had at least $100,000 in investable assets and participated in making household financial decisions. The survey included an oversample of Asian Americans for a total of 199 Asian Americans surveyed. Asian American is defined in this research as Chinese, Asian Indian and Korean. The research was conducted January 2018.