Are Your Clients Retiring on Mars or Venus? 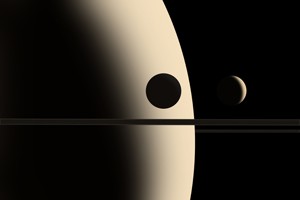 
Based on new research, we may soon see brochures for retirement communities – on Mars and Venus. While popular culture tells us that men and women hail from different planets in the solar system concerning relationship issues, new research from MassMutual finds that the metaphor also holds true for how men and women approach retirement issues.

The differences are instructive for financial advisors as they help clients prepare for the late fall and winter of their lives. When it comes to retirement issues, women report more positive experiences than men yet also say they are more likely to feel negative emotions, especially stress, according to the study by MassMutual.

The study, Men, Women & Retirement1, finds that women are more likely to be stressed than men both before and after retirement, and more often succumb to negative emotions such as frustration, sadness, nervousness and loneliness.

That’s not to say that women are miserable in retirement. On the contrary. Women more often report enjoying new opportunities than men (53 percent vs. 48 percent, respectively), spend more time with friends and family (68 percent vs. 61 percent), and are more likely to reinvent themselves (29 percent vs. 21 percent). Additionally, female pre-retirees typically have higher expectations for life in retirement.

Overall, both men (83 percent) and women (81 percent) say retirement is quite enjoyable. Although more men than women report being “extremely” or “quite a bit” relaxed in retirement (70 percent of men vs. 65 percent of women), nearly three-quarters of both men and women retirees say they’re happy.

Surprisingly, the study does not correlate emotional well-being and the respondents’ level of retirement savings.

However, both men and women who have a defined contribution retirement plan (DC plan) are more likely to report experiencing positive emotions as compared to those who do not have a DC plan.

One additional financial factor to consider is that the research surveyed retirees who had at least $50,000 in retirement savings. Most had more than $100,000 in assets and many had more than $250,000, so the study clearly measured the attitudes of people who planned and saved for retirement.

The lesson seems obvious: if your clients have a DC plan available through their employer, then make sure they take advantage of it. Generally, having retirement savings is better than not having savings, and, while the study does not correlate a level of retiree happiness with any specific amount of assets, saving more certainly doesn’t hurt.

It’s been widely reported that women often experience higher levels of stress than men before retirement as they juggle both professional and family responsibilities.

One in five women (20 percent) say they are at least moderately stressed in retirement compared to 15 percent of men, the study finds. Women also are more likely to feel frustrated, sad, lonely and nervous. Although the percentage of women who say they experience those emotions are in single digits, in most instances they are double what men report.

The study did not probe into the reasons why women are more stressed than men. However, most advisors have learned that financial issues can cause stress. Educating people about how to better plan for their financial future, and how to set and achieve realistic retirement savings goals, may help relieve their stress.

Many advisors believe that a good start to setting retirement savings goals is by encouraging clients to plan on replacing 65 percent to 70 percent of their pre-retirement income for their post-retirement years.

Mathew Greenwald, whose firm, Greenwald & Associates, has studied retirement issues for decades, reports that positive emotions for both men and women tend to increase in retirement while negative emotions tend to decrease.

Feelings of financial security may be reinforced by helping clients determine whether or not they are on target to be retirement ready. A good place to start is to access retirement health tools made available by retirement plan providers to assess the retirement readiness of plan participants, both at the plan and the individual level. The best plan health tools rely on real data – not hypothetical projections – to provide the most accurate picture possible.

Many people, especially women, also exaggerate expectations for retirement, Greenwald says, because it is difficult for many people to envision what life in retirement will actually be like. In the years before retirement, women have markedly higher expectations than men for enjoying the social aspects of retirement.

Before retirement, 88 percent of men and 91 percent of women expect to enjoy themselves in retirement. Once retired, the actual numbers drop to 83 percent for men and 81 percent for women. During retirement, women report they have less free time than men. Yet, women are more likely to have new experiences, find more time for friends, and enjoy more opportunities. Men’s expectations tend to be more in line with their eventual experiences, which tend to be less fulfilling than women, according to the study.

The study may be instructive for financial advisors who are helping clients orient themselves to and prepare themselves for retirement.

Increasingly, advisors are encouraging clients to think not just about how much money they’ll need to retire but what they will do on a daily basis in retirement. Check to see if your retirement plan provider offers tools or programs to help plan participants imagine what life will be like in retirement.

One important consideration is the relative strength of the client’s social network and who he or she will be interacting with on a daily basis. Earlier MassMutual research3 showed that people who are most satisfied with retirement tend to reinforce and reinvigorate social connections before retiring.

Reconnecting with a spouse, children and friends may help bolster the social networks that are so vital to retirees’ lives and well-being. Advisors, as part of retirement planning, should remind clients of the value of a strong social network and encourage them to make sure their connections are sturdy enough to support them.

Focus groups with retirees conducted by Greenwald found that retirement is a time for many people to more deeply pursue casual and recreational activities, explore new hobbies and develop other interests. Among the biggest surprises retirees report about their new lives is not only having more free time but being able to fill it.

However, it’s still difficult for many pre-retirees to envision life after work or post their busy careers. One reason is that few people in the working world spend much time with retirees and therefore find it hard to imagine what they experience on a daily basis. While many of us dream about travel or exploring new places, one can take only so many cruises or trips to exotic locales. It’s recommended that pre-retirees take steps to help them gain a more concrete understanding of what the retired life might be like.

Pre-retirees should connect more often with retirees to gain valuable insights into better preparing both financially and emotionally. Advisors should consider inviting retirees to speak at retirement planning seminars for pre-retiree clients about what contributes to satisfaction and happiness in retirement. There is nothing more effective than learning from those who have taken positive, concrete steps towards preparing for retirement and enjoying the rewards.

Another recommendation for advisors to pass along to their clients is to practice retirement.

Pre-retirees can gauge the cost of retirement interests, especially activities they envision participating in, to ensure they are prepared financially.

For instance, pre-retirees can track their purchases when on vacation or participating in recreation or other activities they enjoy. Doing so can help them better understand how costly and therefore how feasible the lifestyle they envision actually will be.

During focus groups, one retiree reported her retirement dream of attending the theater regularly, including taking in a Broadway production in New York City every quarter. Once retired, she determined it was too expensive to visit Broadway that often. If she had pursued this activity more often as a pre-retiree – practiced participation in a favorite retirement activity – she may have been better prepared for the actual cost post-retirement.

The silver lining to the story is that the woman determined that she could afford to attend local theater productions as often as she liked, and her regular attendance led to working as a volunteer in local theatrical productions, an activity she finds rewarding.

Because men and women may have different expectations for retirement, advisors should encourage couples to discuss what they envision as their retirement lifestyle before taking the plunge. Having a more solid grasp of what is reasonable and feasible can go a long way towards planning effectively.

Asking clients the right questions and encouraging them to do a little active research can go a long way towards helping them prepare to be retired. While it may be true that men are from Mars and women are from Venus, financial advisors can take down-to-earth steps towards making sure both male and female clients are in the same universe on retirement.

Or at least help them come together in the same orbit.

This article is for informational purposes only and should not be construed as legal, investment, and/or tax advice. Please consult your own legal counsel and other experts regarding the specific application of the information set forth herein to your own plan and/or circumstances.