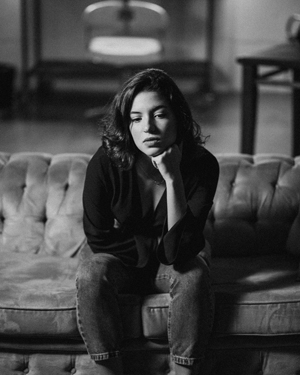 NEW ORLEANS, May 22, 2022 /PRNewswire/ — According to the annual Healthy Minds Poll from the American Psychiatric Association, adults’ anxiety about COVID-19 is at its recorded lowest, with 50% indicating they’re anxious about it, down from 65% in 2021 and 75% in 2020. Instead, adults say they are somewhat or extremely anxious about current events happening around the world (73%), keeping themselves or their families safe (64%), or their health generally (60%).

Overall, about a third of Americans (32%) said they were more anxious than last year, 46% said their level of anxiety was about the same, and 18% were less anxious. One-quarter (26%) indicated they had talked with a mental health care professional in the past few years, down from 34% in 2021. Hispanic (36%) and Black (35%) adults were more likely to have done so than white (25%) adults.

The poll, conducted by Morning Consult between April 23 and 24, 2022, was among a sample of 2,210 adults. The interviews were conducted online, and the data were weighted to approximate a target sample of adults based on gender, age, race, educational attainment, and region. Results from the full study have a margin of error of +/-2 percentage points.

“It’s not surprising that recent events, such as the war in Ukraine, racially motivated mass shootings or the impacts of climate change, are weighing heavily on Americans’ minds,” said APA President Vivian Pender, M.D. “COVID-19 in a way has taken a back-seat, but the pandemic and its mental health effects are very much still with us. It’s important that we are cognizant of that and continue to work to ensure people who need psychiatric care, whether the causes are tied to the pandemic or to other issues, can access it.”

It's not surprising that recent events, such as the war in Ukraine, racially motivated mass shootings or the impacts of climate change, are weighing heavily on Americans' minds...

“While the overall level of concern has dropped, still four in 10 parents are worried about how their children are doing, and a third are having issues with access to care,” said APA CEO and Medical Director Saul Levin, M.D., M.P.A. “This is unacceptable and as a nation, we need to invest in the kind of systems that will ensure any parent who’s worried about their child has access to lifesaving treatment.”

The American Psychiatric Association, founded in 1844, is the oldest medical association in the country. The APA is also the largest psychiatric association in the world with more than 37,000 physician members specializing in the diagnosis, treatment, prevention and research of mental illnesses. APA’s vision is to ensure access to quality psychiatric diagnosis and treatment. For more information, please visit www.psychiatry.org.