Imposing a framework of standards not yet defined 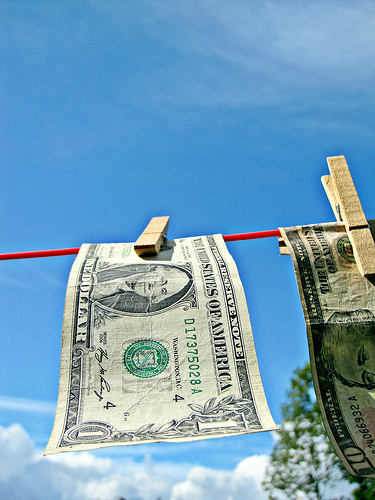 
There has been increased scrutiny by regulators over compliance of financial and non-financial institutions with the Bank Secrecy Act (BSA) and anti-money-laundering (AML) statutes.

In addition to random audits, New York State is proposing new requirements to have bank executives personally sign off on the effectiveness and quality of their AML policies and implementation. The new proposal puts a much higher emphasis on the standard of adequacy and robustness of banks' procedures to prevent financial crimes, which will extend globally due to the international activities of most financial institutions with some presence in New York.

The new standard would require robust and automatic transaction monitoring and filtering systems to detect illegal transactions. The requirement of executive sign-off will undoubtedly pose additional urgency for banks to accelerate efforts to modernize their BSA AML compliance systems and procedures and test them rigorously.

Benjamin Lawsky, the superintendent of the New York Department of Financial Services (DFS), mentioned in a speech last week that they would model the executive attestations after the Sarbanes-Oxley Act. In the regulator’s view, traditional enforcement actions of finding problems through audits has not proven sufficient, and they seem to believe there may be problems with transaction monitoring and filtering systems throughout the industry.

The executive sign-off, if adopted, will require a detailed framework and standards which have not yet been defined. It is envisioned that an independent review and verification of the systems and processes could provide some level of comfort and shield even if they prove inaccurate later. The banking industry will initially be campaigning against it but ultimately will accept a practical framework to be refined over time.

The Shift in TelCom: Beyond Cutting Bills

Benjamin Lawsky, the superintendent of the New York Department of Financial Services (DFS), mentioned in a speech last week that they would model the executive attestations after the Sarbanes-Oxley Act

Since the summer of 2014, the telecom sector has seen some noteworthy developments. Along with a record-setting Advanced Wireless Services (AWS) spectrum auction, Sprint and T-Mobile implemented an unconventional pricing strategy in an effort to capture market share from the two behemoths, Verizon and AT&T.

Although Sprint’s “Cut Your Bill in Half” campaign is certainly memorable, the entire wireless sector has sold off as investors fret about a potential new cycle of cut-throat competition and declining profitability. The two companies respectively holding third and fourth places in the domestic arena, Sprint and T-Mobile, initiated promotions in late 2014 which significantly reduced average revenue per unit (ARPU) and created incentives for customers to seek alternative providers.

In early 2015, the AWS spectrum auction concluded in record fashion, auctioning off nearly $50 billion in spectrum rights with DISH unexpectedly taking on the most spectrum. These developments highlighted the highly competitive nature of the telecom sector, but also gave notice that, in today’s dynamic marketplace, ownership of valuable spectrum assets may be underappreciated by the market.

When T-Mobile and Sprint initially implemented their price-cutting protocols, they were met with strong criticism from market practitioners claiming that operating at an ARPU half off the average can prove to be very difficult, and potentially harm any revenue stability the companies may have. Recent financials indicate however that, at least in the case of T-Mobile, such an aggressive pricing strategy has been successful in increasing revenues and earnings by 21% and 15% year-over-year, respectively.

Today, millions of customers have already switched, leaving behind the question of why the two behemoths feel the need to charge such premiums, and why they haven’t decided to start following suit. For Verizon, AT&T, DISH and other companies now carrying a significant amount of spectrum, alternative revenue potential may lie in leasing spectrum rights.

For some companies, the risk of opening the door to lower ARPU levels and a subprime customer base can well prove too high. Retention and repayment from subprime customers remains a large risk for Sprint and T-Mobile, and is a situation that has yet to be weathered by the two price-cutting companies. A few months ago, the investment opportunity in the high-yield corporate bond sector sat with T-Mobile as the pioneer of the price-cut revolution. Today, that opportunity may lie in companies like Sprint and DISH through secondary market spectrum leasing or a potential merger.

While it is still too early to determine the ultimate success of any of these strategies, it would be fair to say that any company that fails to respond to this market shift will likely see a slip in their market capitalization and wider credit spreads for their bonds. In NewOak’s view, investors in the telecom arena must understand that aggressive price-cutting can be a double-edged sword, and they must determine whether or not a company owns spectrum assets that may yet prove valuable in the secondary market.