Fixed annuities are not just for interest anymore 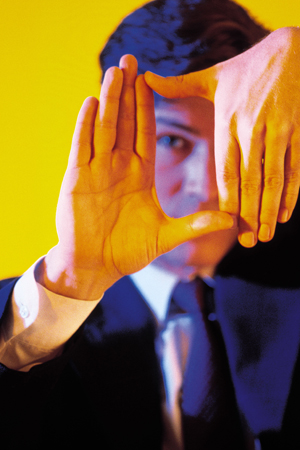 In May, LIMRA reported total annuity sales for 2012 of $219 billion, or roughly 7 percent below their peak level in 2008. The LIMRA data also made clear that fixed annuity sales have declined even faster, from 47 percent of total sales in 2009 to less than 33 percent in 2012, and 31 percent in the first quarter of 2013. What do these trends mean for the future of fixed annuities?

More Than Meets the Eye

Looking behind the curtain of high-level data reveals a picture of an industry that is not so much shrinking as in transition, like the baby boomers, which is a primary market for annuity products. More detailed data from LIMRA and the Insured Retirement Institute (IRI) show a meaningful trend toward income generation and the evolution of a continuum of annuities that can provide it.

Total annual variable annuity (VA) sales declined 5 percent between 2009 and 2012. The reduction can be attributed primarily to companiesâ strategic management of their books of business. In the face of skyrocketing costs for hedging market volatility, firms have exited or limited their variable annuity business or scaled back (and/or increased the price of) the benefits offered in their variable products. Yet variable annuities, with their growth potential and liquidity, remain the dominant product of the annuity industry. Tellingly, approximately 85 percent of VAs are sold with guaranteed living benefit riders, for which consumers are willing to pay extra.

After a decade that produced historic stock market volatility, a recession, declining yields and threats to government safety nets for retirees, the widespread desire for safety and guaranteed income is easily understood.Â  It is also evident in the sales trends of fixed annuities. Due largely to the low interest rate environment, quarterly sales of MVA and MYGA products â fixed rate products that are primarily interest oriented and guarantee income only if annuitized â fell 78 percent between the initial quarter of 2009 and the final quarter of 2012, showing point-to-point declines in 13 of 16 calendar quarters. Meanwhile, sales of SPIAs, DIAs and FIAs with guaranteed living benefits posted gains. These products offer features that may appeal to someone needing downside protection and guaranteed income, such as the millions of U.S. baby boomers who are or will be reaching typical retirement age in the next several years.

Single premium immediate annuities allow for a guaranteed income stream now and into the future. Many SPIAs now include liquidity features or a death benefit. LIMRA shows a fairly steady pace of SPIA sales over the last three years with annual SPIA sales hovering just under the $8 billion mark.
Deferred income annuities promise stable value and permit income payments to be delayed anywhere from 13 months to as long as 45 years after the policy date. Multiple contributions can be made before the payout start date, and many DIAs include death benefits and/or income adjustment options. According to LIMRA, quarterly DIA sales, after making a slow start, have shown significant growth recently, reaching $385 million in the first quarter of 2013, a 147 percent increase over the comparable period of 2012.

Looking behind the curtain of high-level data reveals a picture of an industry that is not so much shrinking as in transition, like the baby boomers, which is a primary market for annuity products

Todayâs generation of fixed indexed annuities (or FIAs) guarantee specific future payout levels that (generally) are higher than those guaranteed by variable annuities. Like variable annuities, FIAs are liquid and have the potential for account values to grow and future payouts to increase over time â in the case of FIAs, via crediting options linked to performance of a stock or bond market index. The vast majority include guaranteed lifetime withdrawal benefit (GLWB) riders as well.Â  Unlike VAs, FIAs entail little to no market-related tail risk. The premiums are invested in the insurerâs general account, giving the insurer greater control over the assets and making account values less volatile. This allows the insurer to focus its hedging efforts more on longevity risk, which is predictable with a fair degree of accuracy, and less on market risk, which can be highly unpredictable. Because longevity risk is less costly to manage, the cost savings can be passed along to consumers in the form of more attractive and/or lower-cost benefits, including lifetime guarantees.

During the 2009-2012 period, FIA quarterly sales grew from $7.2 billion to $8.5 billion and, like VAs, the overwhelming majority (consistently more than 70 percent) were purchased with a GLWB rider.

We believe that, far from being a dying breed, fixed annuities have a viable and important future for manufacturers, advisors and consumers. Fixed-rate annuities (i.e., MVA and MYGA) may well continue to be outsold by FIAs with GLWB riders and, quite possibly in the future, DIAs, both of which provide solutions more in keeping with the current needs and expectations of baby boomers.

Thatâs not to say that MVA and MYGA products are on their way out â just dormant, and waiting for normalization of interest rates (which as of the date this article was written may be here upon us more quickly than most everyone thought). The heyday of fixed-rate deferred annuities sales was 2008 and 2009, when these products were more appealing. Six-month CDs and one-year Treasuries generated annualized yields in the range of 4-5 percent and 3-4 percent, respectively, as compared to mid-2013 yields of 0.27 percent and 0.15 percent (as reported in The Wall Street Journal, July 5, 2013).

A return to more normal interest rates once quantitative easing tapers off and/or monetary policy tightens should make many fixed-rate products, including fixed-rated annuities, more attractive to investors.Â  Also, the prospect of rising interest rates can bring unwanted market value losses to fixed income bond investors.Â  As long as the investor holds the fixed rate annuity until the end of the surrender charge period or beyond, rising interest rates will not result in market value losses for fixed rate annuity policyholders.

The Solution that Endures

I believe our industry is doing a solid job of responding to the Baby Boomersâ needs for solutions that fit their changing reality. Recent modifications are returning variable annuities to their originally intended use as liquid vehicles for accumulating retirement assets. The introduction and continued refinement of DIAs and FIAs with lower costs and stronger lifetime income benefits is well suited to the large cohort of boomers who seek guaranteed retirement income. And we can expect that, at some point, the normalization of interest rates will breathe new life into interest-oriented MVA and MYGA products.

To make the most of the opportunity ahead of us, it behooves our industry â manufacturers, distributors and client-facing advisors â to adjust our way of thinking about and presenting fixed annuities to consumers.Â  Our industry will benefit from making it clear to consumers that, far from being on deathâs doorstep, fixed annuities are an enduring financial solution with a long and successful history of adapting to meet the challenges of the time, including todayâs growing need for guaranteed income.