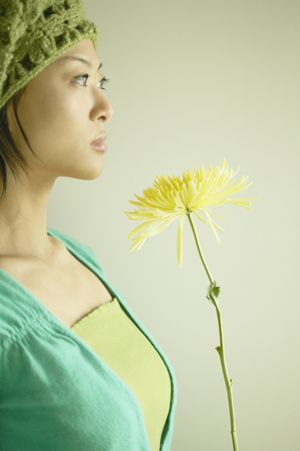 The face of America is changing rapidly as its population grows ever more diverse, a trend that has significant implications for financial advisors and how they connect with their clients.

The populations of Latinos, Asians and African Americans are growing rapidly and with it, their financial power and needs. By 2055, the U.S. is projected to not have a single racial or ethnic majority, according to the Pew Research Center1. Meanwhile, other demographic groups such as women, Millennials and the LGBTQ community are becoming more financially empowered and are looking for financial guidance and education.

The changing demographic landscape creates both new challenges and opportunities for financial advisors who more than ever will be called upon to tailor their financial messages, guidance and support to different segments of clients. But while these trends shake out over the next 30 years, the implications are already impacting todayâs marketplace.

The leading edge of demographic changes is already reshaping the 401(k) and retirement savings market. MassMutualâs research finds considerable diversity of financial concerns and wherewithal with money among different demographic groups, an indication that advisors may find greater success by tailoring their approaches and messages to specific audiences.

Latinos are perhaps the best example of an expanding population with growing financial influence. In 2015, Latinos generated more than $2 trillion or nearly 12 percent of Americaâs gross domestic product (GDP), according to a study by the Latino Donors Collaborative2, an association of Latino business, political and academic leaders. By 2020, the researchers estimate, Latinos will produce nearly a quarter of all U.S. GDP growth with more on the way as the burgeoning population of young Latinos joins the workforce. Now thatâs âpoder econÃ³mico,â which is Spanish for economic power.

But research from MassMutual shows that many middle-income Latinos continue to face real financial challenges. Many say they could benefit from employer-sponsored retirement and financial educational programs as well as protection benefits as their wealth and financial power expands, according to the MassMutual Hispanic Middle American Financial Security Study3. Latinos also feel they are falling behind when it comes to retirement planning. A big concern for Latinos is the well-being of their parents and their own personal health.

Advisors can help by reviewing options for long-term care and elder care as part of individual as well as worksite-based retirement planning. Many Latino workers are the definition of the âSandwich Generationâ as they manage multi-generational financial and care issues, MassMutualâs research finds.

Latinos as well as African Americans are particularly open to and appreciative of employer-sponsored financial education sessions. Advisors may help by offering a broad array of seminars on financial topics, including retirement planning, budgeting, debt counseling and college loan repayments, to name a few.

African Americans are more likely to say they are behind in saving for retirement and 41 percent of the survey respondents expressed concerns about making ends meet. Study respondents indicated a greater proclivity to making withdrawals or loans from their 401(k) or other employer-sponsored retirement plan compared to the general population (24 percent vs. 14 percent, respectively).

However, African Americans are also more open to education from their employer about saving for retirement, setting financial priorities and learning about other financial products that can enhance their financial security. Thatâs an invitation for advisors to educate retirement savers not only about the downside of taking loans and withdrawals from their 401(k) plans but to point out alternative sources of cash that can cushion the impact of financial emergencies.

When speaking with women about financial planning, it may be helpful for advisors to stress the importance of reducing debt and bring up the concept of âpaying yourself firstâ

A growing number of financial benefits are becoming available through the workplace, including low-cost, pre-approved emergency loans, critical illness insurance and accident coverage that can protect against medical emergencies. Disability insurance, while not new to the market, is often a new concept to many workers who often wrongly assume that Workersâ Compensation will protect them while off the job.

While itâs been said that men are from Mars and women are from Venus, there is no doubt that they view their finances from different universes. Women, for instance, tend to worry more about their financial security than men and with good reason. They are three times more likely than men to say they cannot afford to save for retirement, according to the MassMutual Middle America Men & Women Finances Study5.

Only two in 10 women report having $10,000 or more in savings for financial emergencies compared to three in 10 men, the study reports.Â  Seventy-three percent of women who are not saving for anything other than retirement say all of their income goes towards monthly expenses and bills; 62 percent of men say the same. Women are also less likely than men to use any extra money to pay off debt (38 percent to 47 percent, respectively).

When they do save, men and women typically take different approaches. Women tend to save âwhatever is left after expensesâ while men are more apt to save a set amount each month, the study finds. When speaking with women about financial planning, it may be helpful for advisors to stress the importance of reducing debt and bring up the concept of âpaying yourself first.â

Advisors can help women find money to save as well as help them make the most of their savings. For instance, point out that saving on a pre-tax basis may make it more affordable to squirrel money away in an employer-sponsored retirement plan. Contributing pre-tax dollars to a 401(k) or similar plan can reduce a workerâs taxable income, potentially freeing up more dollars for savings or reducing the bite on their paycheck.

Members of the lesbian, gay, bisexual, transgender, queer or questioning (LGBTQ) community often have financial issues of their own. Nearly half (47 percent) of LGBTQ middle-income earners say they feel less than financially secure and many often struggle with financial emergencies, according to the MassMutual LGBTQ Middle America Financial Security Study6.

Overall, LGBTQ individuals tend to worry more about finances and are impacted more negatively by their finances than other middle-income Americans. For instance, 60 percent of LGBTQ individuals report often worrying everyday about their householdâs financial situation, compared to 53 percent of the general population, the study found.

The research uncovered a less-than-healthy attitude within the LGBTQ community about savings in general. LGBTQ individuals are more likely than other middle-income Americans to agree with the statement, âSpending money to enjoy myself now is more important than saving for the future.â A primer on the long-term effects of compound interest may be helpful in promoting the benefits of saving and investing.

The deeper you dig into cultural and demographic differences, the more the need to be relevant to different audiences becomes apparent. The old formula of âspraying and prayingâ a single marketing message no longer works in todayâs workplace.

It takes a more focused, more personal and targeted approach to connect with a widely diverse workforce whose concerns and interests often diverge. Increasingly, advisors are creating multiple educational programs about a broader range of financial topics as part of an effort to be more relevant and engage as many different audiences as possible.

The makeup of America is changing and so are the financial needs of its workforce. While how we communicate and the languages we speak are becoming increasingly diverse, one thing remains crystal clear: the need for financial literacy, education and guidance are greater than ever before. â